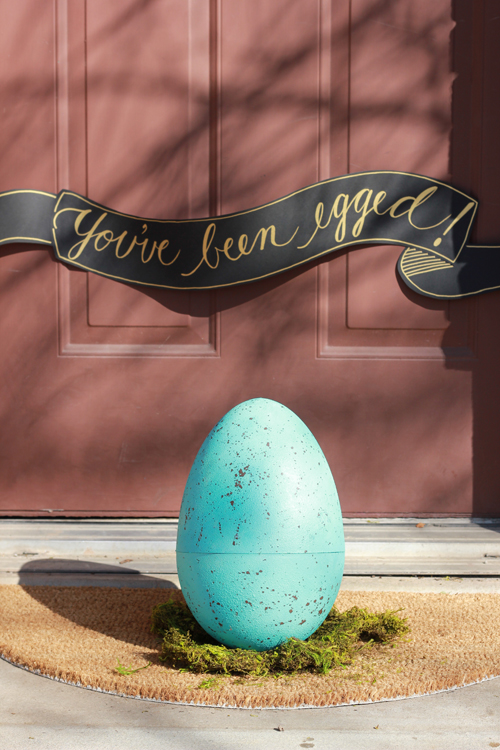 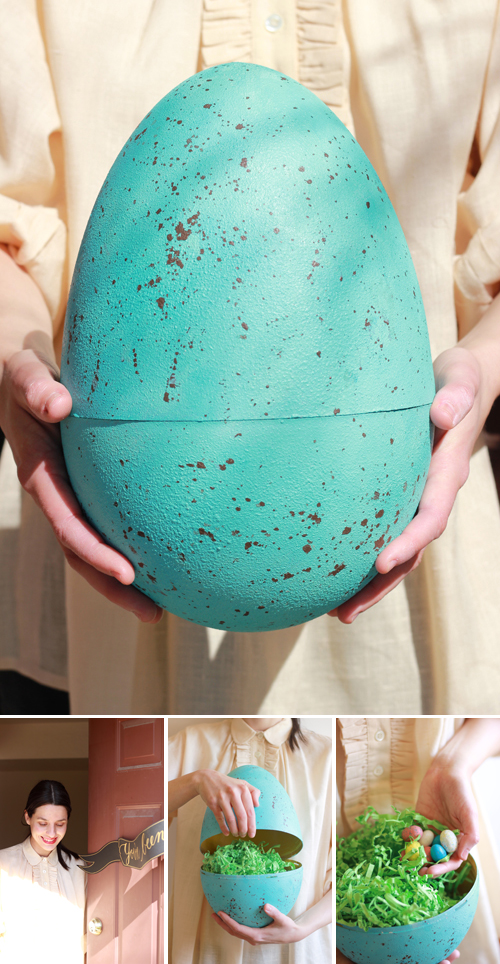 I showed how to make several versions of a “heart attack” for Valentine’s Day last year (1, 2, 3, 4) and I tried to think how I could do a similar idea for Easter…EGGED! A real egging is damaging and costly, but this one is much cuter and less threatening, non? And, per usual, I had to do it on a grand scale, cuz that’s what we do round here. I found this great robin’s egg tutorial, which helped guided me towards the right texture for the robin’s egg. I’m going to leave a few of these for some unsuspecting friends in the hood. Muhahaha. 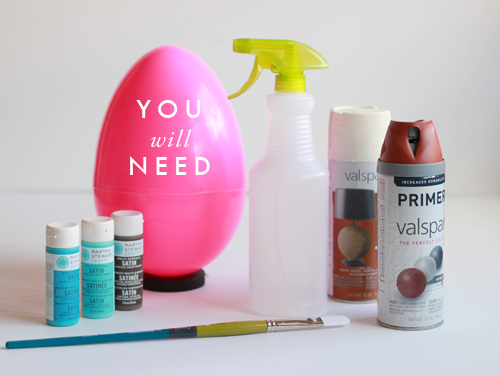 Materials: robin’s egg blue (I used two shades of Martha Stewart’s paint collection like the tutorial. Here are the Amazon links: pond and surf, chestnut brown), GIANT plastic Easter Egg (got mine at Michael’s), paint brush, plastic primer spray, stone finish spray, goodies to put inside, toothbrush, paper to make a sign, green paper grass
Step 1: Spray the plastic egg with the plastic primer spray (not shown, forgot to take a picture, agh!) and wait for it to dry. Repeat if you’d like. I wasn’t super concerned about layering.
Step 2: Spray the stone spray on and let it dry. Repeat to fill in. Give it a full day to dry.
Step 3: Begin painting the egg the robin’s egg color. I kind of mixed the two blues and then for variation added patches of colors here in there.
Step 4: Dip the toothbrush in brown paint and flick it onto the egg with your finger like a slingshot. I would suggest doing it close to the egg so it doesn’t appear like a Pollack painting where it’s running down the egg.

Step 5: Add in your green grass. I used grass instead of moss because no one wants to accidentally eat moss. No one.
Step 6: Add in your robin’s egg candy. Mine were by Whoppers (sick, but appropriate)
Step 7: Cover with grass.
Step 8: I made a sign saying, “you’ve been egged” out of black paper and a gold pen to tape to the door.
DONZO. 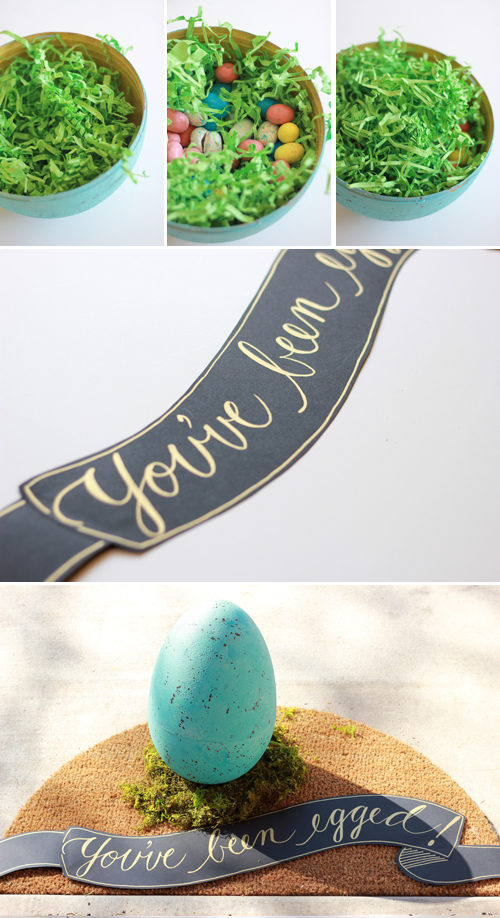 Much cleaner than a normal egging, right?

photography and crafting by moi
model: Michelle Brummer Everett (thank you SO much!)

Christmas Traditions We Love I always love hearing about different holiday traditions! Some of these Christmas traditions seem like such normal things nowadays, but you...
Read more

Christmas Traditions We Love I always love hearing about different holiday traditions! Some of these Christmas traditions seem like such normal things nowadays, but you...
Read more
Arrangements

DIY Dried Flower Turkey Gourds We have a really simple but beautiful DIY for you today—dried floral arrangements for your Thanksgiving Dinner. These are reminiscent...
Read more
halloween

Over on Instagram I've been doing a Jasper Costume Countdown from the previous couple of years. Do you remember them? First year, we had...
Read more
halloween

Now, the reason we're sharing this technique is because the decorative spiderweb gauze you'll find in stores and online doesn't come pre-creepy. You have...
Read more