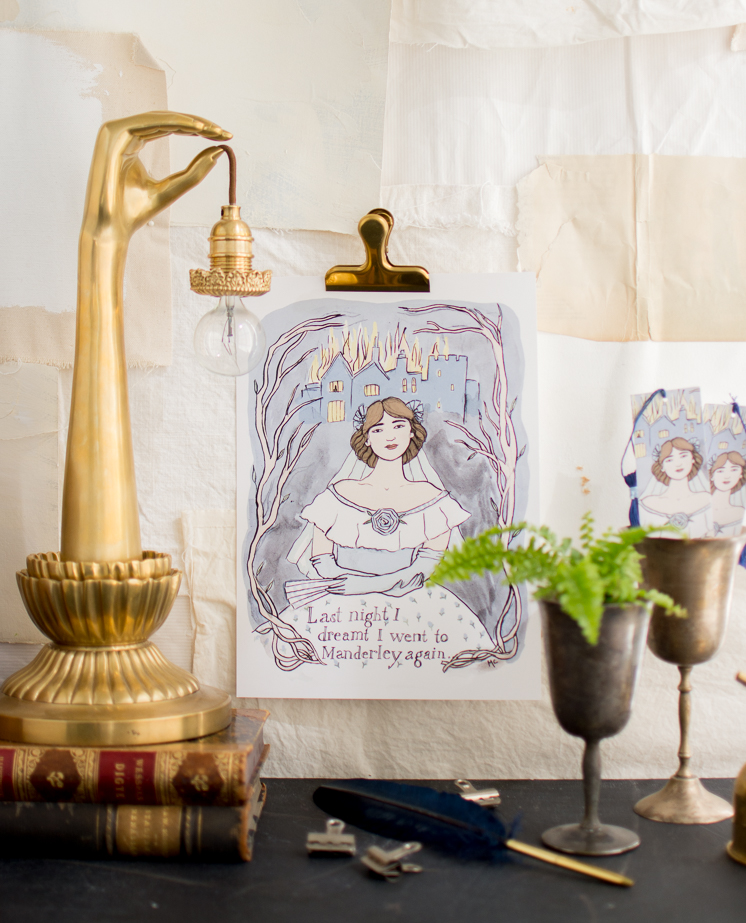 How are you enjoying Rebecca? Has it set the mood for an eerie October?? 🙂 Whether it’s given you goose bumps or just an unsettled feeling, Rebecca is one book with so much to discuss! If you’ve been following along on our @larsbookclub instagram, we’ve asked questions here and there as we’ve posted. Here are a few more, along with more reading suggestions if you loved Rebecca!

Also, head to the blog to print out our lovely artwork for the month! It was created by the talented Michelle Christensen 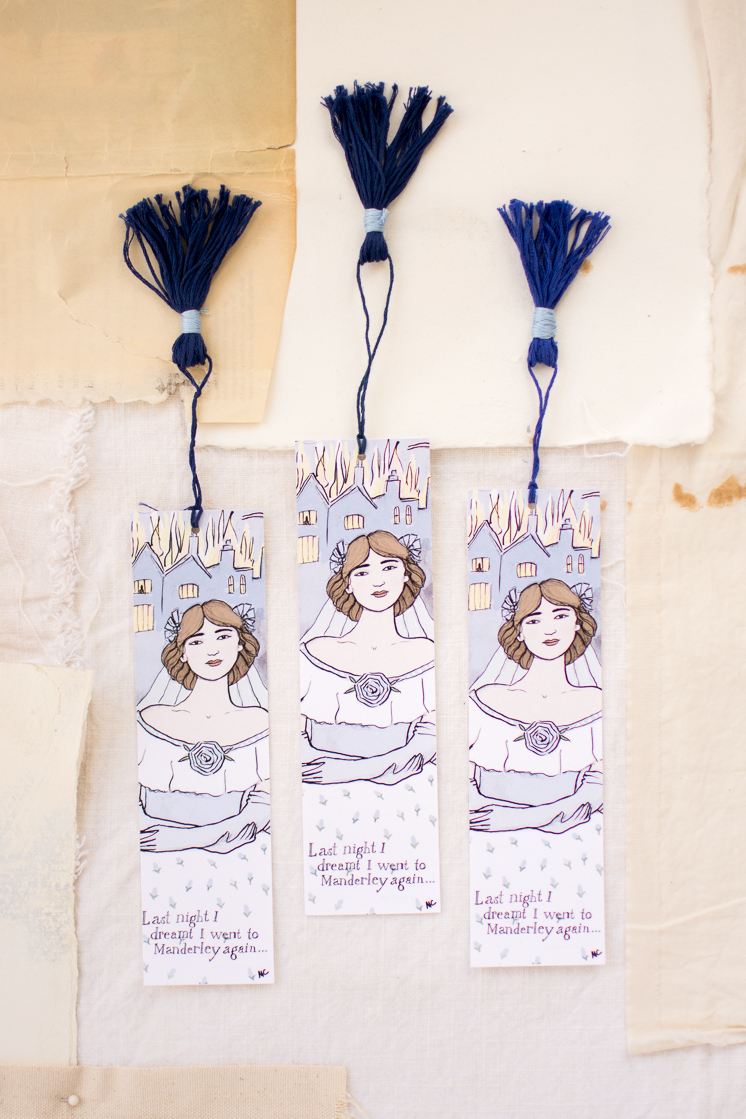 1. The setting of the book contributes so much to the story, that the author almost treats it like a character in itself: Manderley the house, its servants, the “slaughterous” rhododendrons, its proximity to the ocean, etc. How would this story have been different if Maxim was not the owner of this large estate, or if it was not located near the sea? Or if there was no housekeeper to dote on her previous mistress?

2. Were you aware that Rebecca is a somewhat biographical story? Du Maurier’s husband was previously married to a dark, glamorous woman named Jan Ricardo who committed suicide by throwing herself in front of a train. Jealousy and insecurities began for Daphne when she found love letters from Jan to her husband still in his possession years later. In fact, Du Maurier called this book a “study in jealousy”. Why and how do you think this is so?

3. Having read Rebecca more than once now, I’ve been able to catch the author’s foreshadowing – clues in the story that tell you what’s coming, or the true nature of Rebecca’s character. Did you notice any?? (For example: The narrator’s sense of peace when she burns Rebecca’s name and inscription in her poetry book; The ironic names of Happy Valley, or the boat named “Je Reviens” – “I come back”; Descriptions of Rebecca by Ben – “Tall and dark she was…gave you the feeling of a snake.”; Fireworks at the party, where “Manderley stood out like an enchanted house, every window aflame…”) 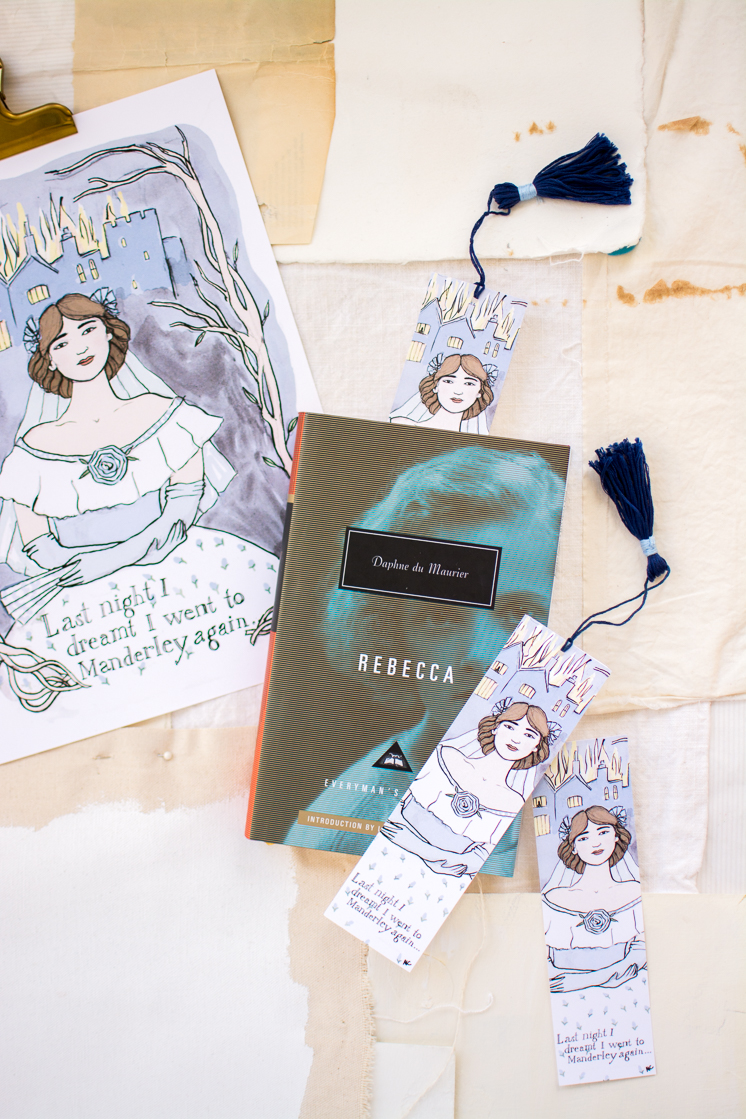 4. A major theme throughout Rebecca is identity. Rebecca is physically no longer alive, but is present everywhere – in everyone’s memory, in every room, every object, in every place the narrator goes, in every thought she has. The menacing Mrs. Danvers even says, “Do you think she can see us, talking to one another now? Do you think the dead come back and watch the living?” What does this sayabout the power of a person’s memory or legacy? Also, the narrator was never given a name, mainly because du Maurier felt she couldn’t find one that was appropriate! How does giving no name to the narrator affect her identity?? Does it diminish her presence? What do you think?

5. **SPOILER ALERT** Rebecca has been compared to the story Jane Eyre, a book that is considered the height of a “Gothic” story. A young, inexperienced girl marries an older man tortured by a dark secret, (for Maxim, the guilt of murdering his wife: for Rochester, the guilt of locking up his tormented wife) and the only way to rid themselves of her presence or memory and find true happiness is the cathartic, cleansing fire in the end. What do you think?? This is fascinating to me since Jane Eyre is another favorite classic. Do you agree with our narrator when she says in Chapter 2, “Happiness is not a possession to be prized, it is a quality of thought, a state of mind”? 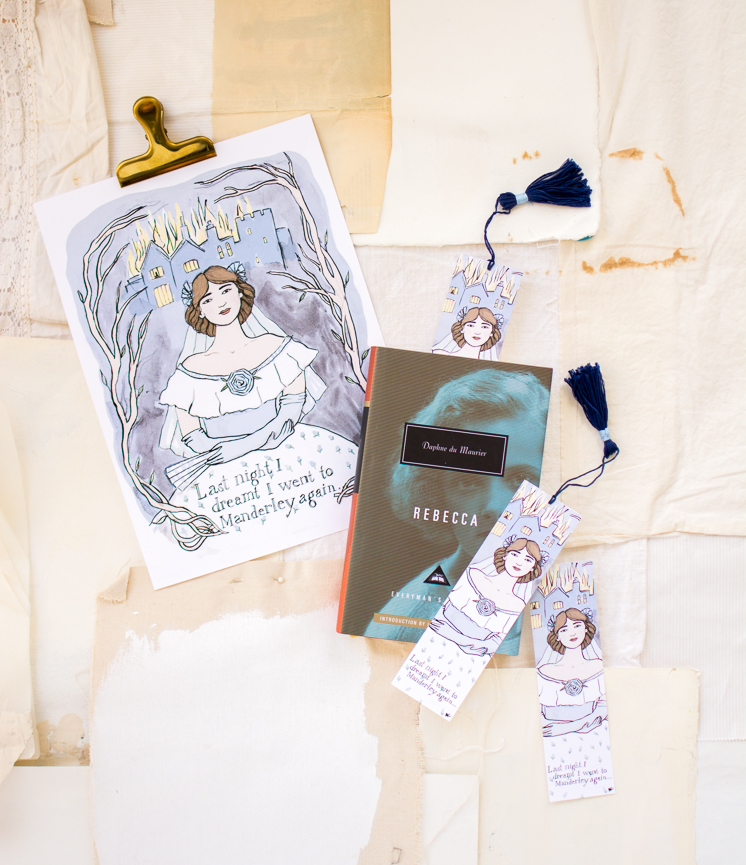 My Cousin Rachel or Jamaica Inn by Daphne du Maurier

We've got a Pottery Barn hack for you guys to try! You've probably seen this amazing bead chandelier making its way around the social...
Read more

The House That Lars Bought: Garden inspiration and first update!

My 31 Favorite Children's Books for Toddlers King Bidgood's In the Bathtub by Audrey and Don Wood. This one was gifted to us as...
Read more
Book Club

Win a free year of our coloring page subscription!

How to enter to win Every single person who signs up for the Print and Color subscription in May will be entered into a drawing....
Read more
Celebration

How to show our thanks on Nurses Day

Embroider a sentiment on scrubs Scrubs were never designed to be a luxe fashion item - they are designed to be practical. Practical doesn’t have...
Read more