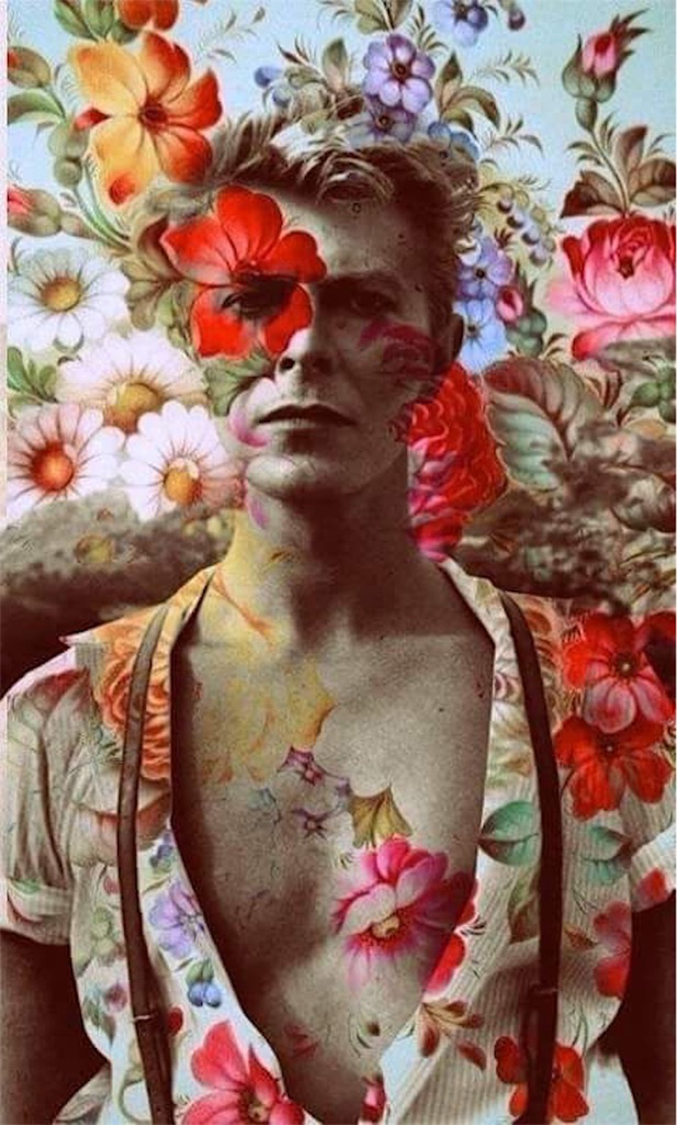 We’re taking a break from This Girl this week to bring you a tribute to the ever-visionary, David Bowie, who passed away from cancer on January 10, 2016.

With his unbelievably long career, ever changing personas, David Bowie will be remembered a little differently to everyone. To me, it was his dedication to his craft and creating art that has left me inspired and mourning at the loss of such vision from the earth. 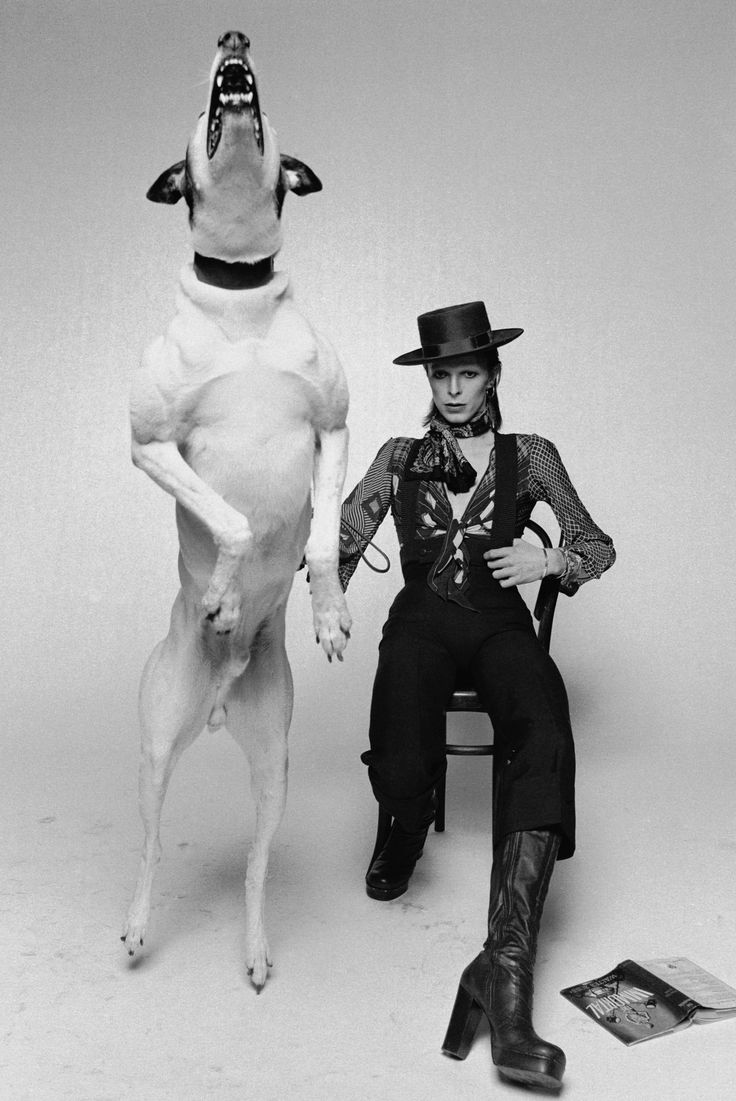 From his arrival as a monochrome mod teen, to the metallic space-age of “Space Oddity”; to a outlandish red-haired, ambiguous glam rock “Ziggy Stardust”; the intensive heat of the lightning bolt from “Aladdin Sane”, the one eyed dainty pirate of “Halloween Jack”, the monotone cabaret influenced suits of the “Thin White Duke”, to a surrealist Pierrot figure of “Ashes to Ashes”. There was a Tokyo pop era, the new romanticism, the neo-classicism, and the Berlin movement; Bowie was an art movement all on his own, undergoing a fashion renaissance any chance he could get.

“When I go out onto a stage, I try to make the performance as good and as interesting as possible, and I don’t just mean singing my songs and moving off. I think if you’re really going to entertain an audience then you have to look the part, too.” – David Bowie

Let’s take a look back on some of David Bowie’s most memorable movements: 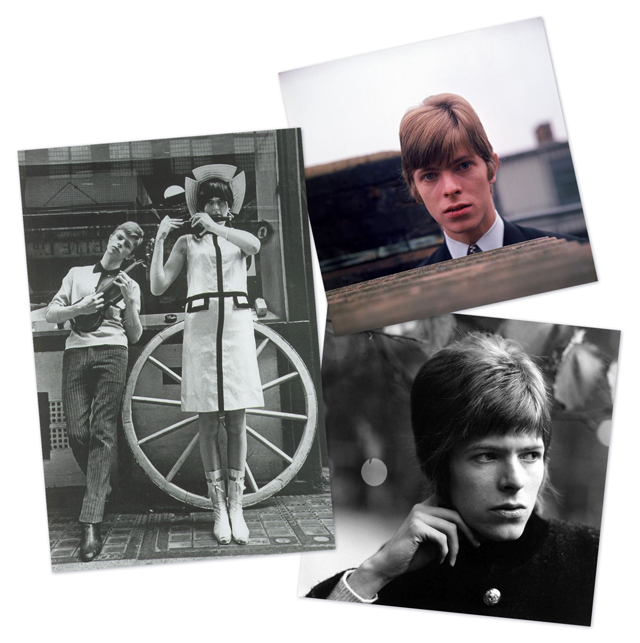 Still known as David Jones, he was already a fashion setter. At school he started a trend of tapered leg trousers and used t food coloring to dye his hair.

At 17 he had his first TV appearance on BBC2’s ‘Tonight’ as part of the ‘Society for the Prevention of Cruelty to Men with Long Hair’.

He began performing music when he was 13 years old, learning the saxophone after getting inspired by the jazz of the London West End 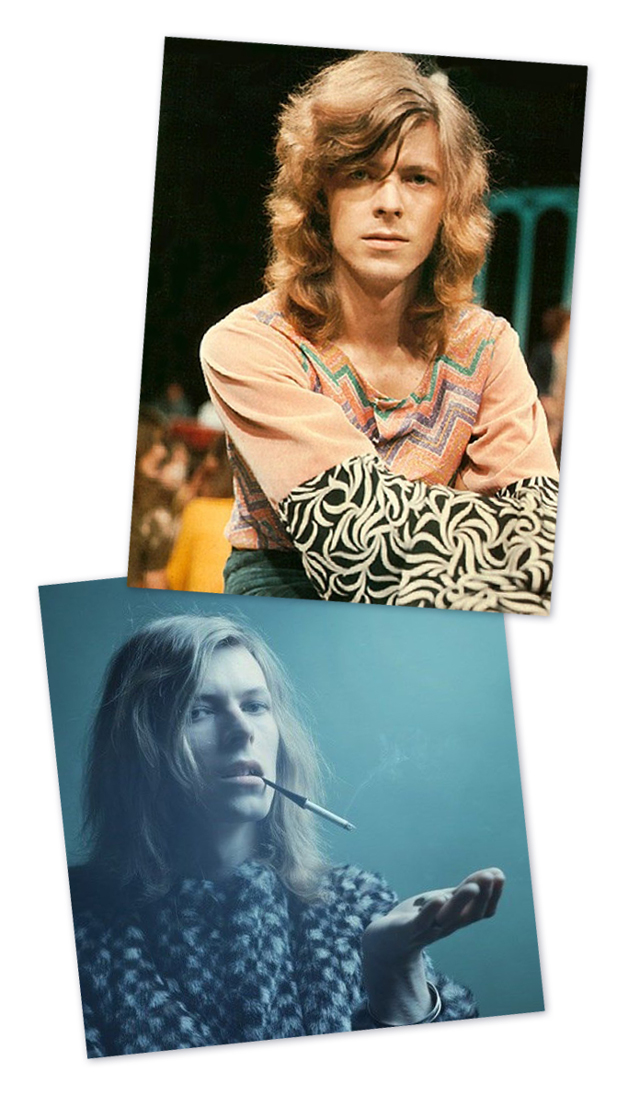 Under a new name, not to be confused with Davy Jones of The Monkees, it was the season of flowers. 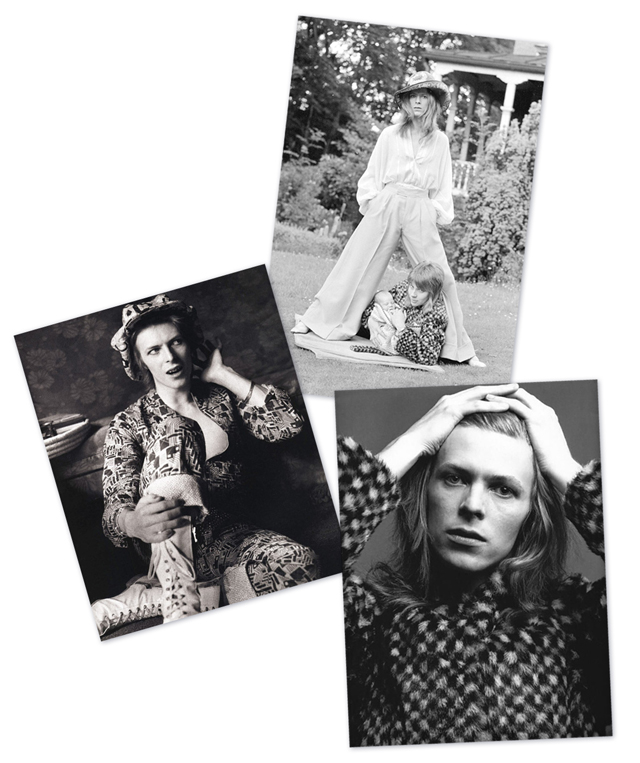 His first wife, Angie Barnett, encouraged him to wear the “man dresses”. “Got your mother in a whirl / She’s not sure if you’re a boy or a girl.” – Rebel Rebel 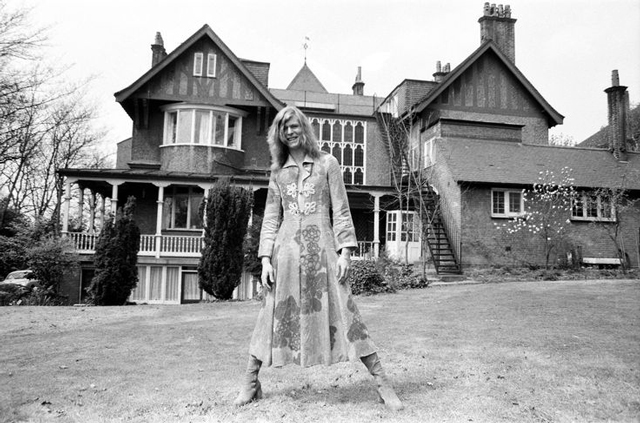 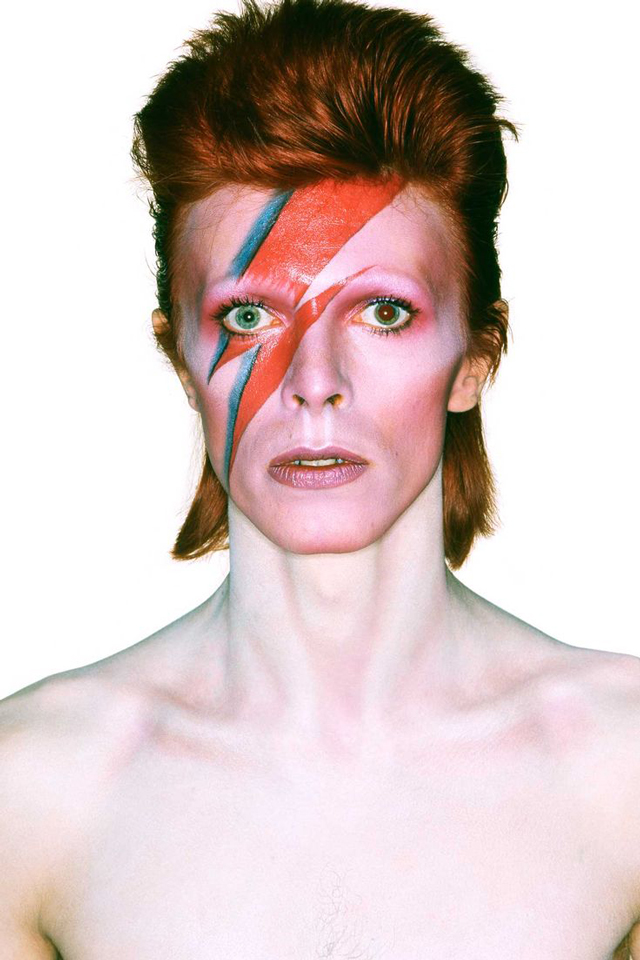 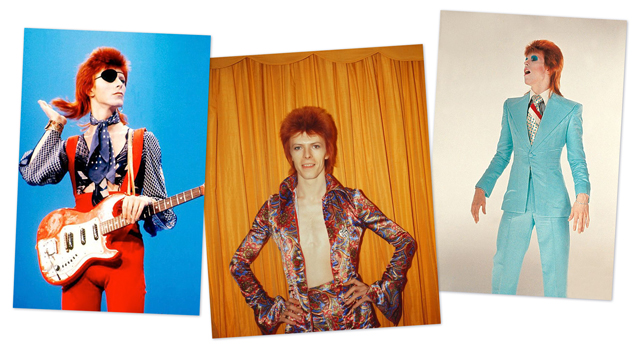 Discovering designer Kansai Yamamoto, together they created the clothes for Ziggy Stardust era. 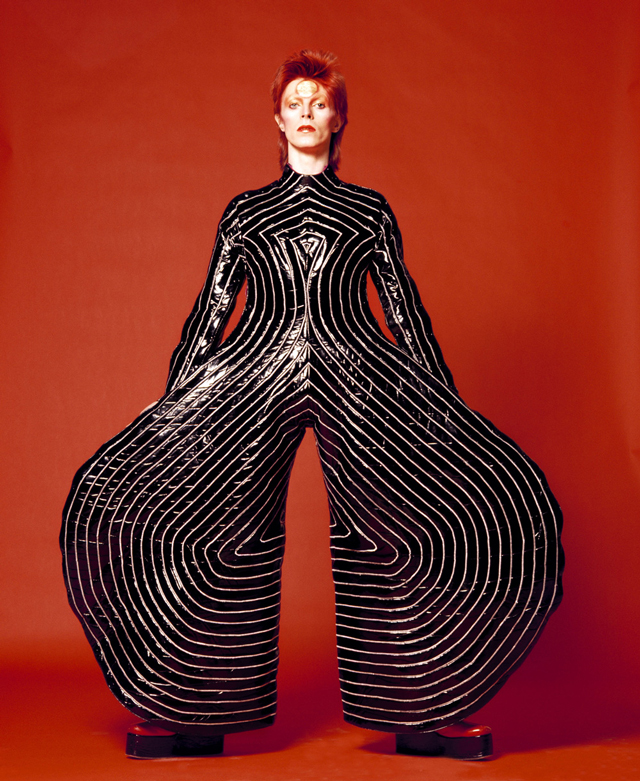 “David Bowie and I combined the worlds of seeing and sound because musicians who want to be number one, want to wear the number one.” – Yamamoto

Influenced by his role as an alien in the film ‘The Man Who Fell to Earth’, Bowie took on the persona of the ‘Thin White Duke’ – seemingly ‘normal’ in a dandy tailored suits and white crisp shirt; all in such a way to elicit a cold and soulless effect. 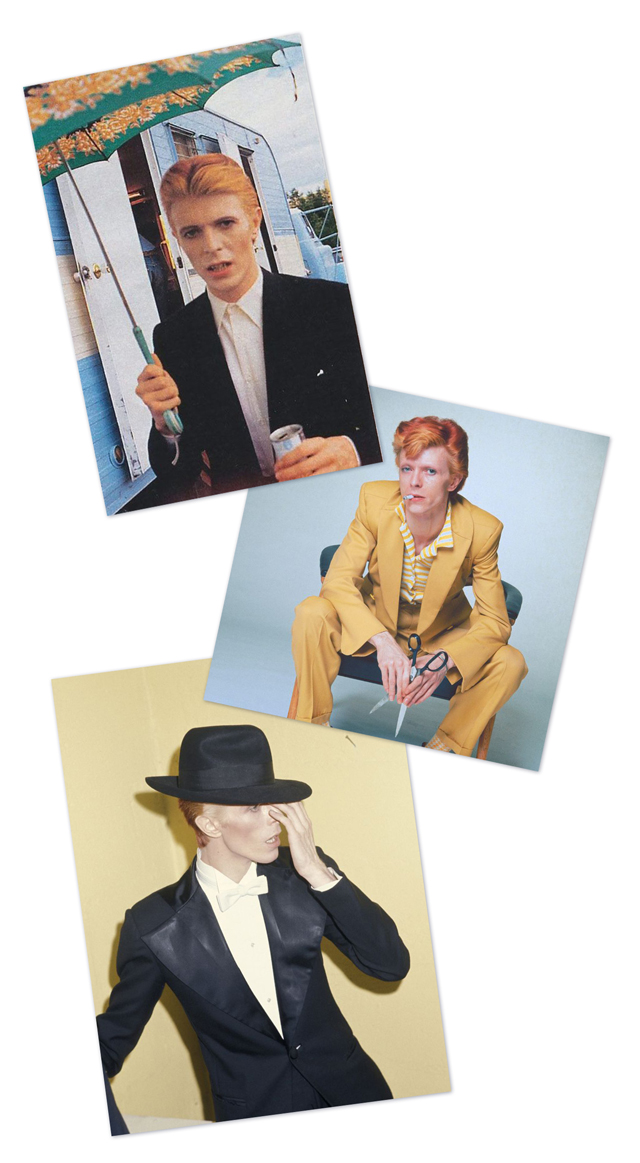 “Life in L.A. had left me with an overwhelming sense of foreboding, Berlin had appealed to me as a sort of sanctuary-like situation.” –David Bowie

The music he created in Berlin was minimalist and heartfelt; his fashion followed. 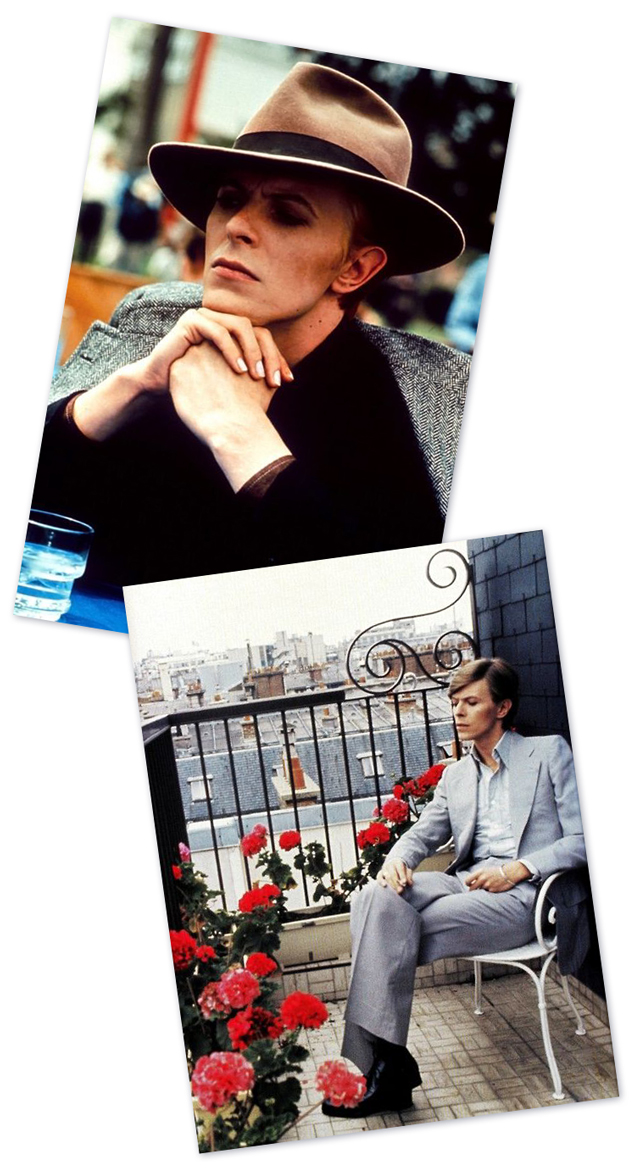 With the arrival of the 80’s came Bowie back in costumes; notably as Jareth, The Goblin King in the movie. 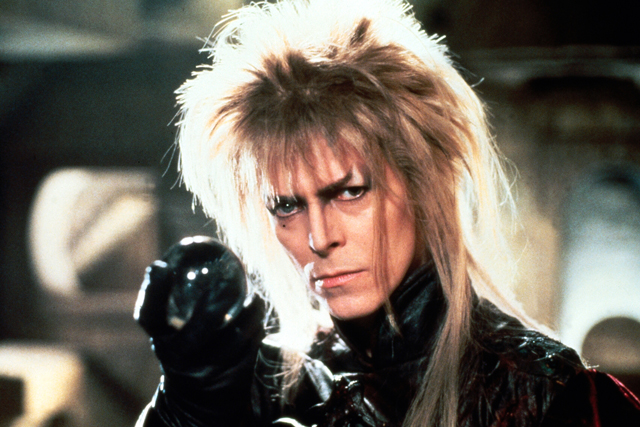 In “Ashes to Ashes” Bowie took on the surrealist figure Pierrot, the sad clown. 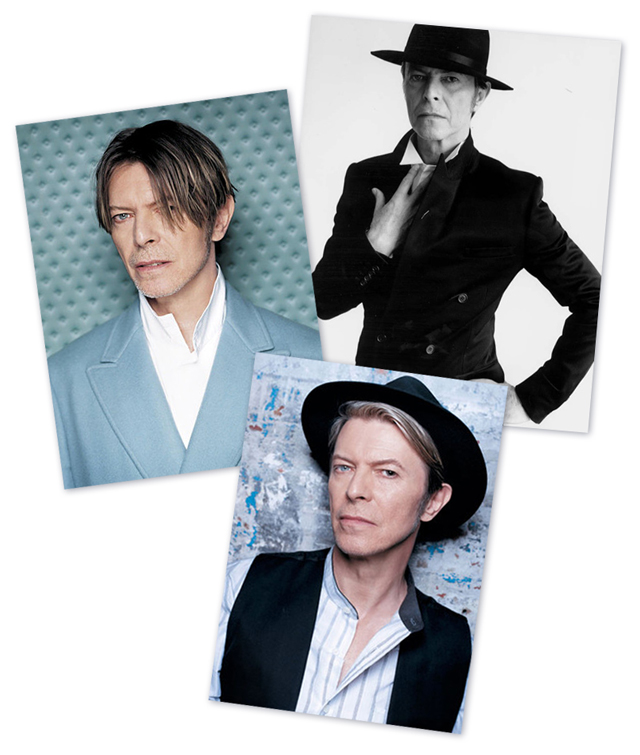 Experimenting with other types of genres, Bowie returned to a more classic form of rock. He favored sophisticated tailored suits.

Ashes to ashes, funk to funky… thank you for the Bowie movement. 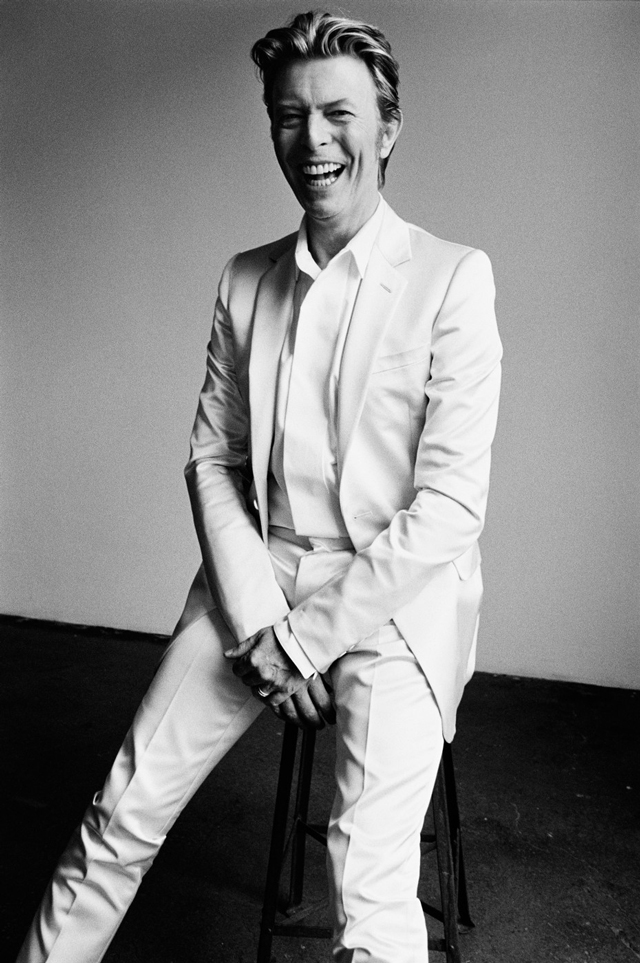 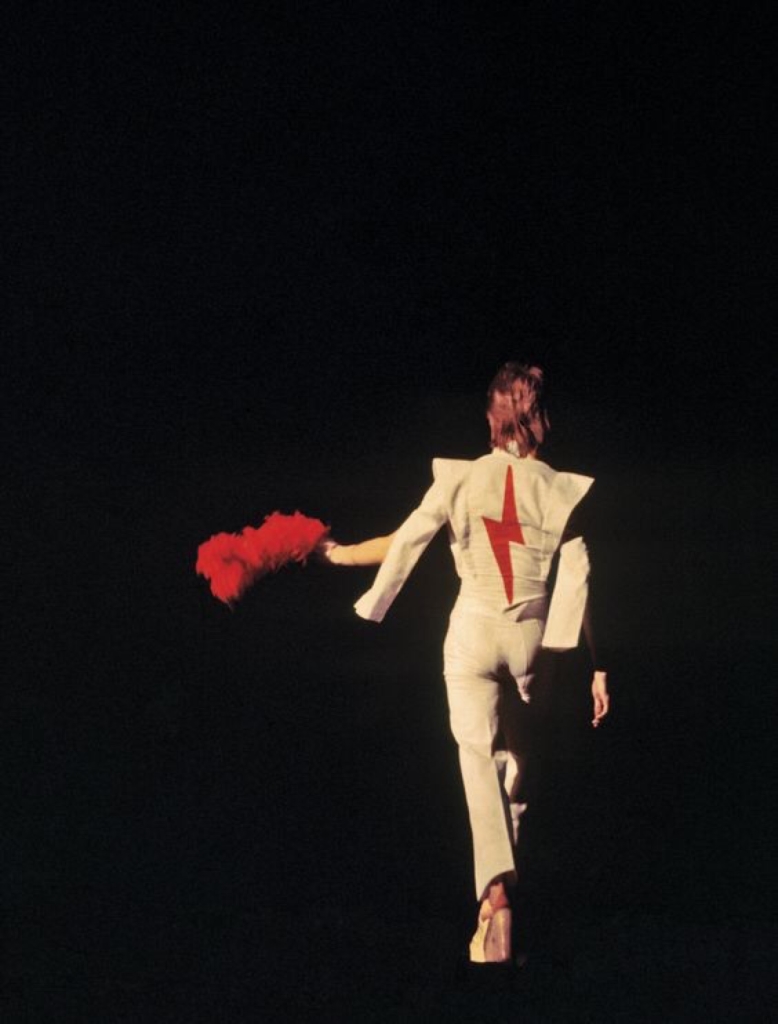 DIY Valentine Piñatas in Fun Fruit Shapes I'm thinking that these guys would be great to leave at a door for a friend or even...
Read more

This project pairs perfectly with our New Year's Printable Crown. And just like that last project, this one is printable (though not reusable...unless you...
Read more
accessories

NYE Party Accessories We've made New Year's printable crowns in years past, and this year our crown is inspired by our wrapping paper. We've done...
Read more
fashion

How to make a quilted coat

Everything you need to know to make a quilted coat Now, I knew I couldn’t make it on my own because I’m very much a...
Read more
accessories

In the Mood For: Andy Warhol Inspired Home Decor

Who Was Andy Warhol? Andy Warhol was born in Pittsburgh, Pennsylvania on August 6, 1928. Aside from being an influential artist, Andy also delved into...
Read more