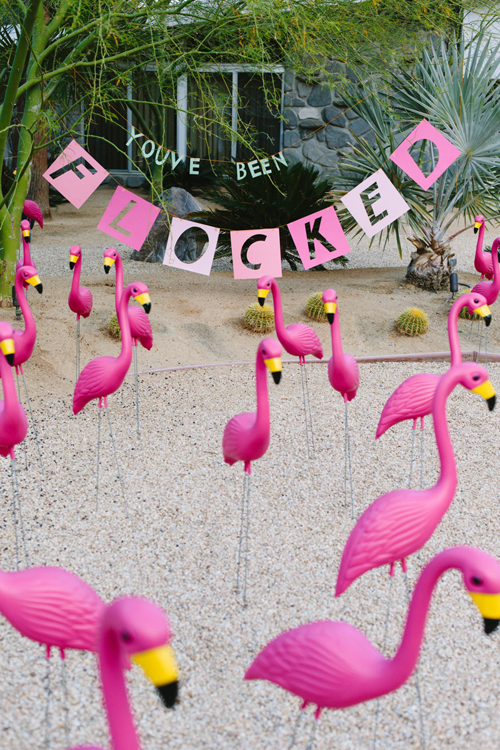 While I was in Palm Springs for Meet Make Do with the other wonderful crafty ladies (check out more of our fun here and here), I caught a glimpse of a photo my mom had put up on Facebook of their neighbors yard with a flock of flamingos and a sign reading “you’ve been flocked.” What in the what? This is the best thing that could ever happen to anyone, no?

That day was our crafting day of the trip and I was racking my brain for something stellar to make while I was in a beautiful mid-century home in the middle of the desert. I needed something that would capture the spirit of the place…and soon it came…”why don’t I flock this house?” It’s the only appropriate thing to do!

Our retreat had been sponsored by the good folks at Bing so I immediately took to one of the Microsoft Surfaces they provided us and searched for “you’ve been flocked.” Qu’est-ce que c’est? Turns out, there are TONS of websites and pictures with people who’ve been flocked. This is a thing apparently! There’s even a “you’ve been flocked” website. It appears that sometimes it’s used as a blackmailed fundraising device (“give us $10 to take back the flamingoes”) but personally, I find just the fun of waking up to a flock of flamingos hilarious.

Melanie, Danni, and I headed to the local party store who was sold out of pink flamingos. What now? We Binged it and found this gem: Flock o’ Flamingos. A whole company in Palm Springs that rents out flamingos. And rubby duckies. I didn’t ask questions. It was owned by a super swell guy who just had them hanging out in his condo. Thank you! 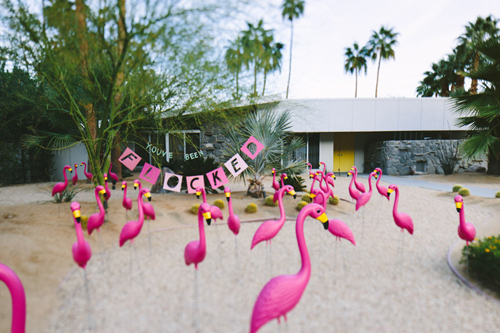 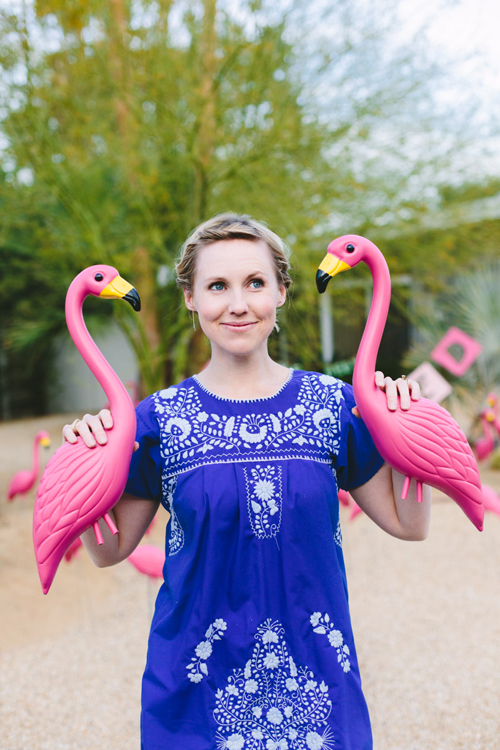 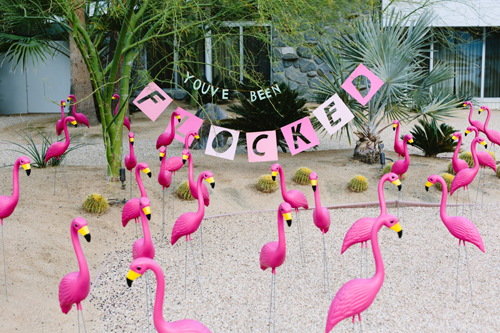 With the help of Jenn Elliott of Scout Blog and Ashley Rose of Sugar and Cloth, we got set them up around the front yard.
photography by Mary Costa Photography
Click below to see full tutorial!
NEXT PAGE

Our antique-inspired oven range For the look and feel of our kitchen, I wanted an oven range that would looked like it had been there...
Read more