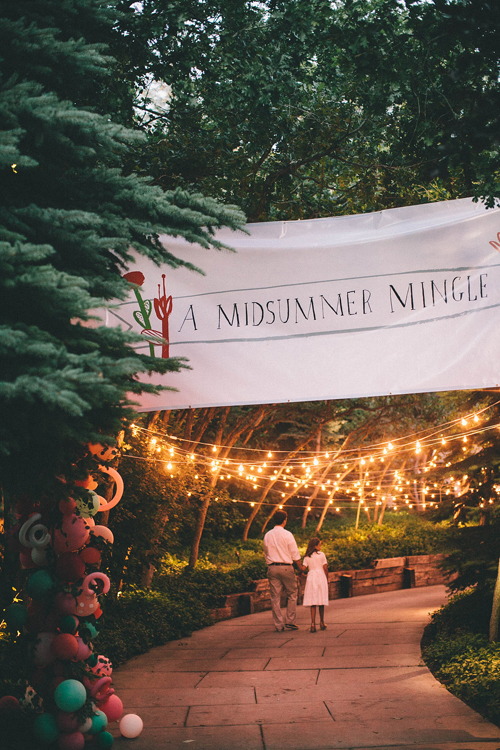 I know you shouldn’t gush over your own party, but I can’t help it. Natalie nailed it! I want to be transported back! Part 2 is up and I thought I’d take you on a tour of the event. A Midsummer Mingle was not only a party but a series of “experiences” that each hostess created. It was pretty much our blogs/brands brought to life as you meandered through the garden.
First, you were greeted with a balloon arch (I’ll provide the DIY soon, I promise!) 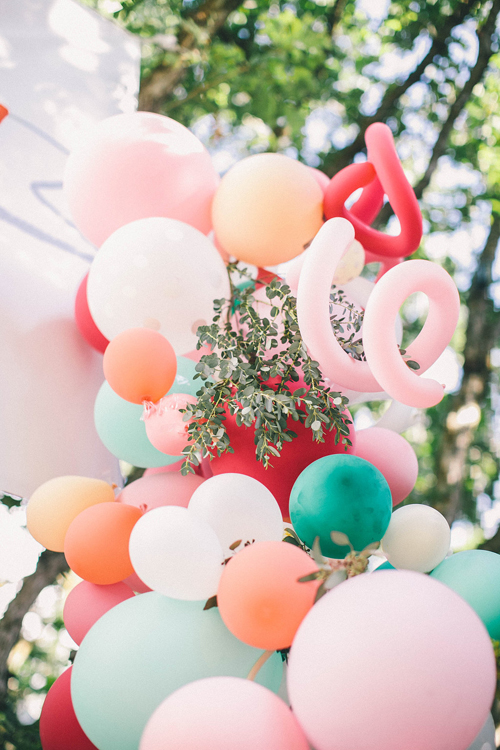 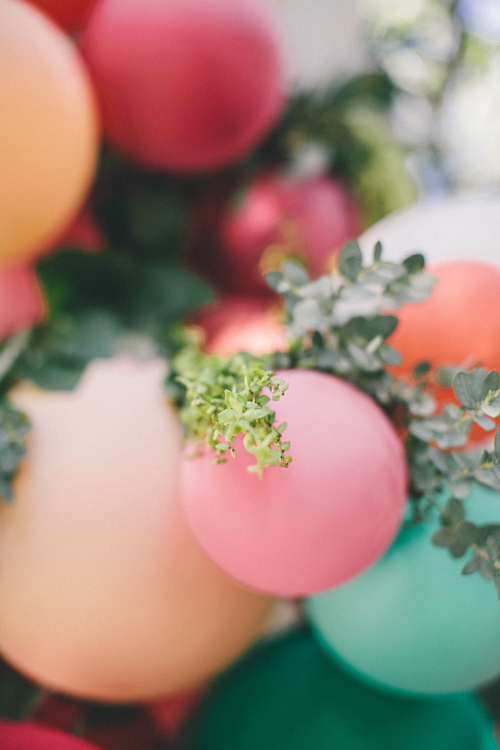 Then at the welcome table each guest was handed a letterpressed map and schedule that Merrilee had designed and Sycamore Street Press printed. My helpers had created name tags for all the helpers with my paper flower templates. 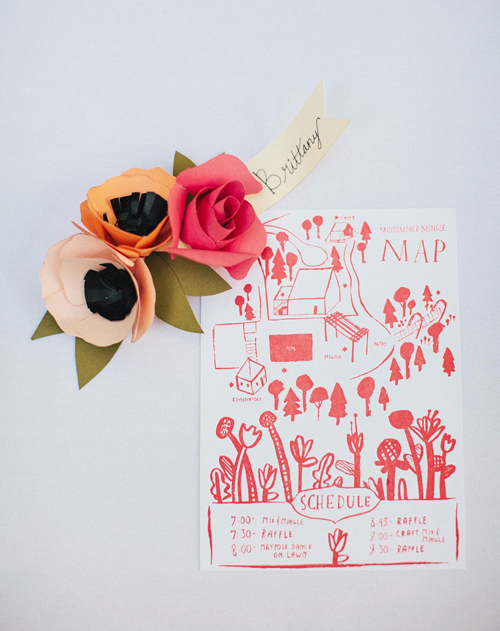 Along with a schedule each guest received a floral crown made by Amy Anne and helpers. 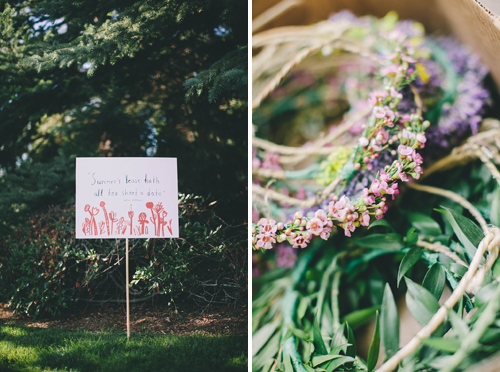 Lastly, each guest received a swag bag at the beginning of the party. The idea was that as they meandered through the garden and visited each host’s “station” they would pick up their own swag. We got the canvas bags from Save on Crafts (see here) and ironed on a flower that Merrilee designed. We cut the flower design with a Cricut using their iron on decal paper. Ashley helped take the design and make it Cricut appropriate in Illustrator. They received tons of goodies like artwork, stationery, felt ball garlands (from Hello Maypole), lavender sachets (from Harmony), earrings (from Darlybird), a cute artprint from atly, and others.

Then they began the walk through the enchanted forest (isn’t that what it’s called in Elf?) with hundreds of globe lighting from Save on Crafts. 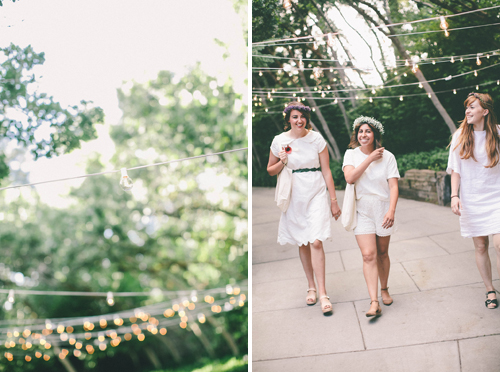 As you meandered through the paths you were led to Meta Coleman’s station, Camp Meta. She created the cutest vignette of a North West camp site. 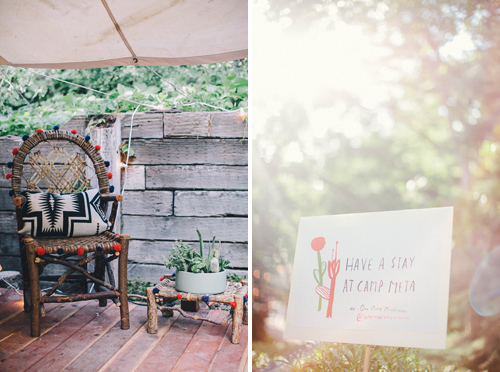 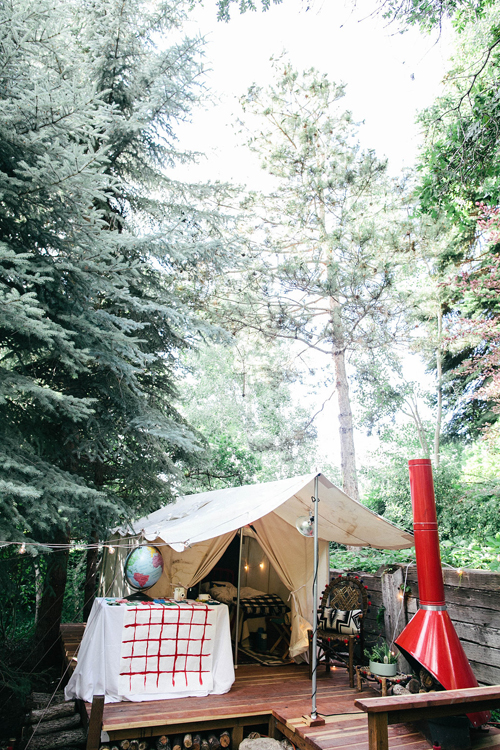 For her Cricut project she created a woodland inspired paper frame that guests could take to frame their instant photos. She left out some Fuji cameras for people to go crazy. 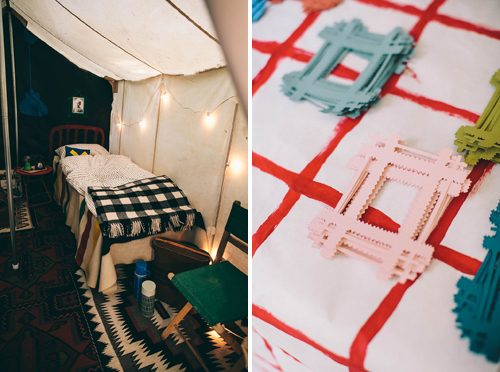 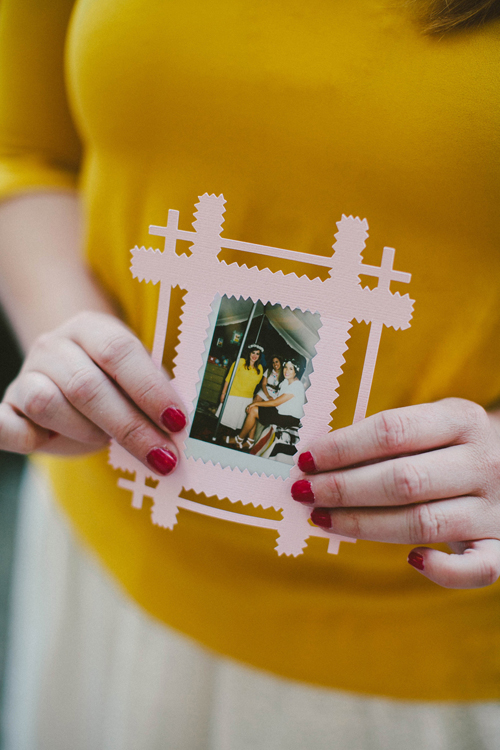 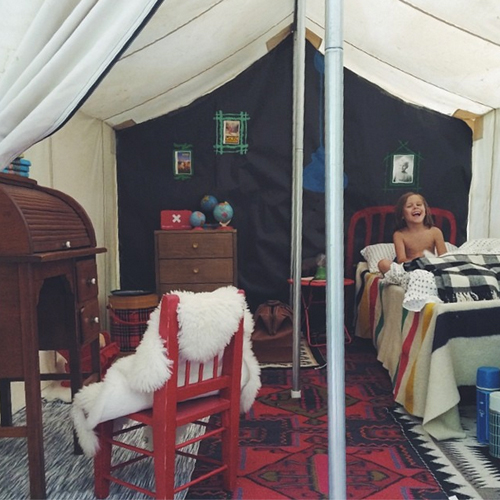 After a stay at Meta’s, you were to “tiptoe through the tulips” through my station (I stole the theme from my sister’s wedding!). I wanted a Mad Hatter garden feel so we strung tons of felt ball garlands, paper lanterns, fans and garlands (from BHLDN). I have to give a huge shout out to Annie from atly and her sisters for saving the day and helping out. I was so busy working on the balloon installations and everything else that I didn’t get a chance to do my own booth. They pretty much set it up for me!
My helpers had spent the previous weeks created paper flowers that we attached to the fence along with balloons from Partyland. 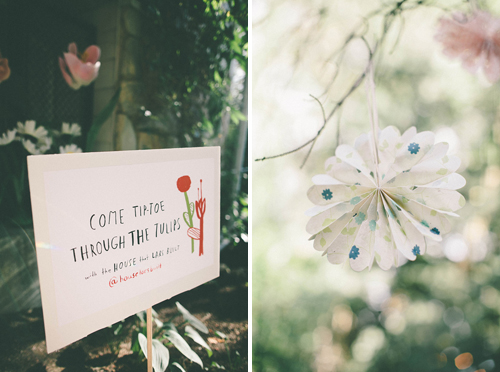 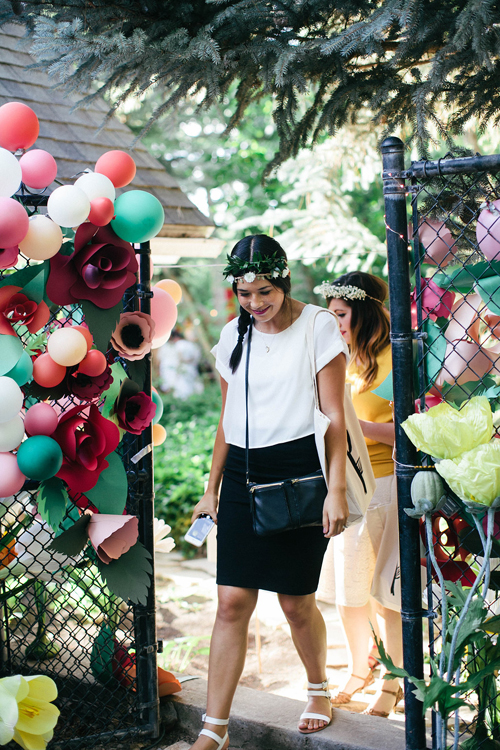 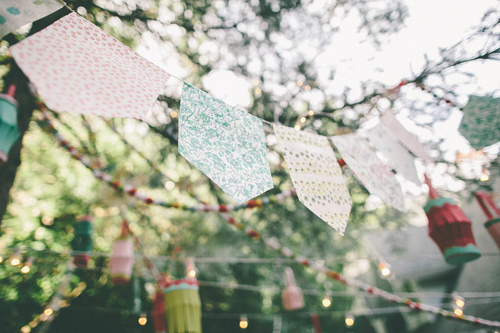 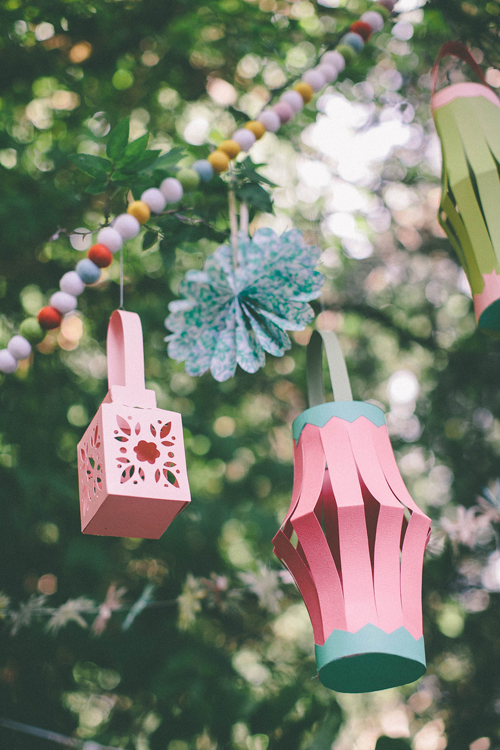 For my Cricut project, I created the flower-cut lantern you see above. A huge thank you to Ashley Isenhour for helping me take the idea and make it tangible! And thank you to Brynn for creating the dozens of lanterns. They were created with shades of sorbet from American Crafts. 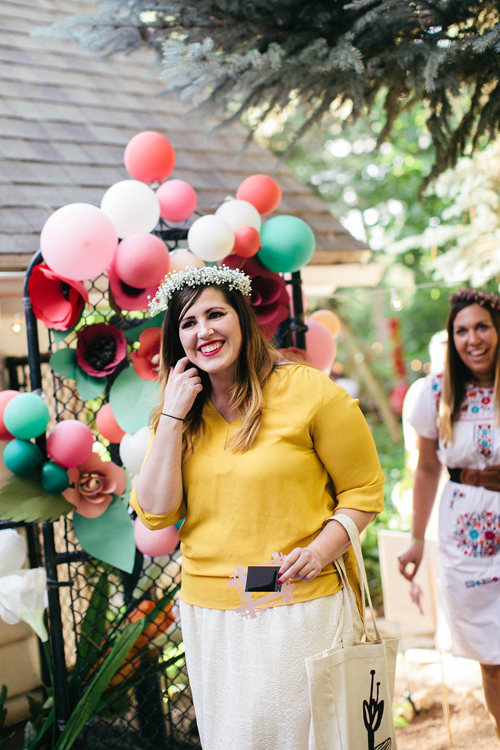 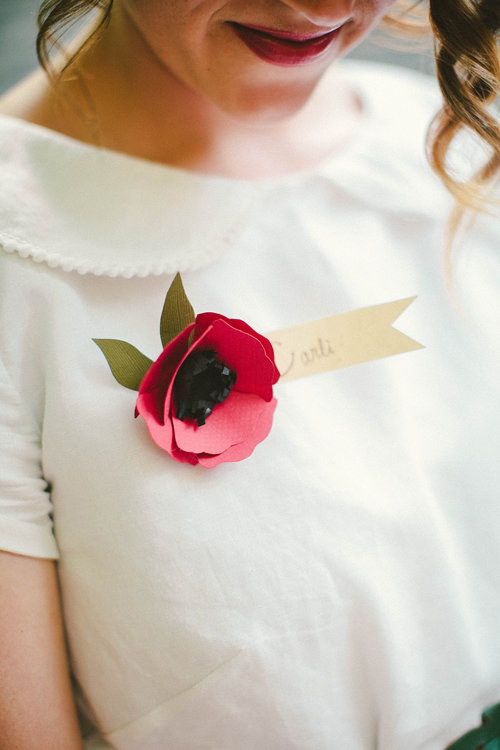 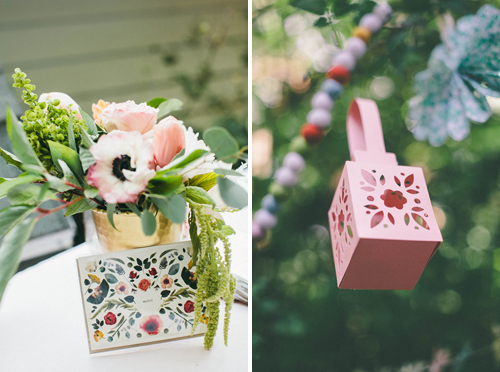 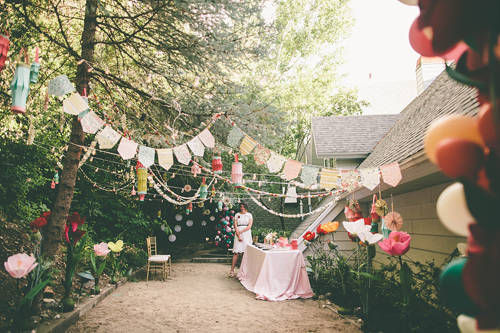 Carli handed out one of my Scandinavian thank you cards along with an origami business card holder (see here). 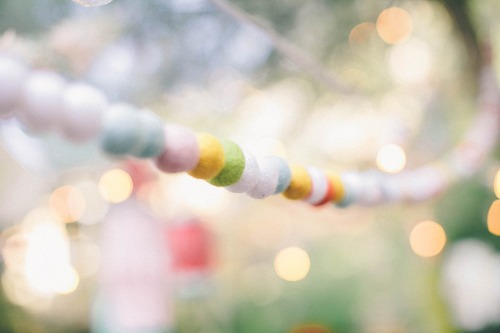 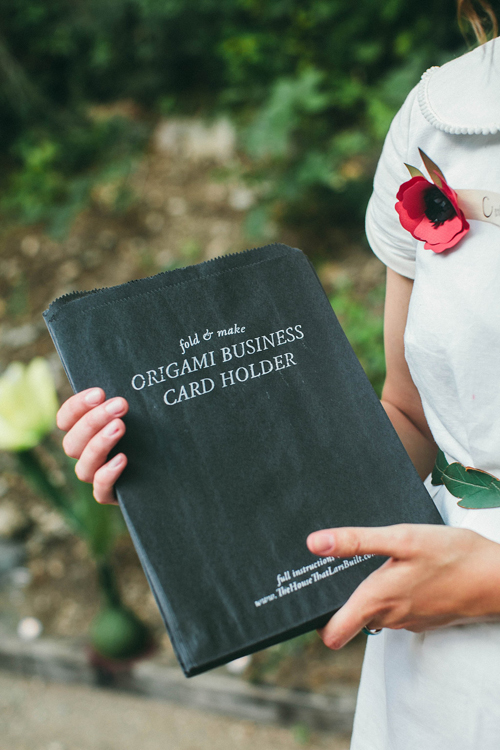 Once tiptoeing through the tulips you were invited to Write on the Wall with Sycamore Street Press. Eva transformed a section of the house into a minimal bohemian getaway. She layered her gift wrap on the walls and encouraged guests to write down their favorite part about summer and handed out some of their new line of shibori inspired cards. 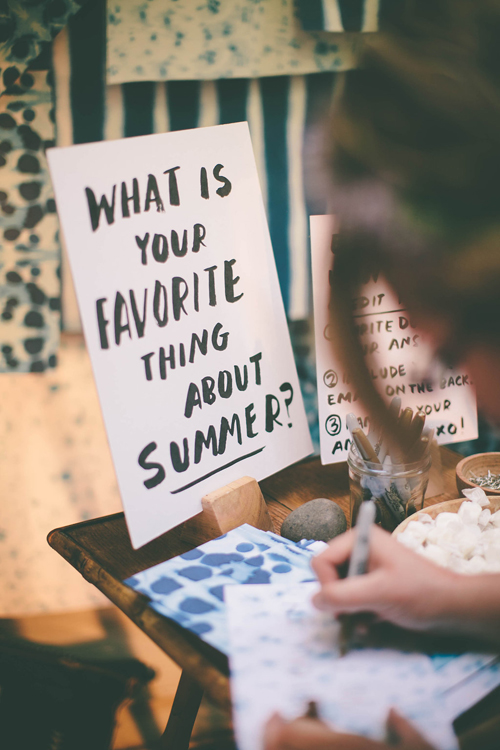 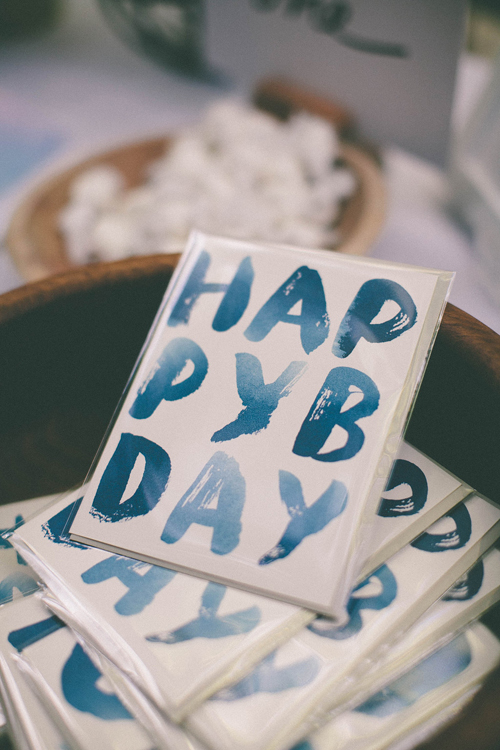 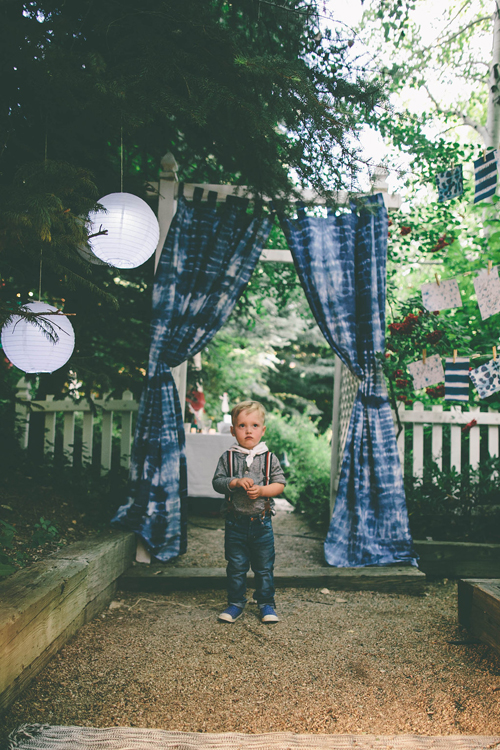 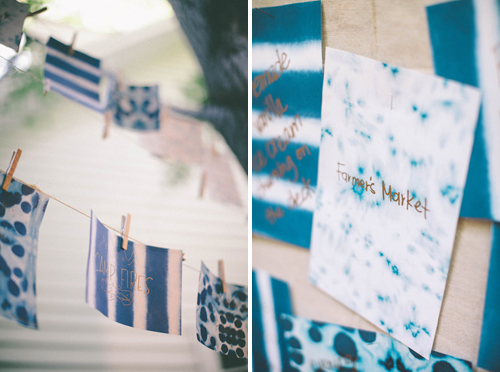 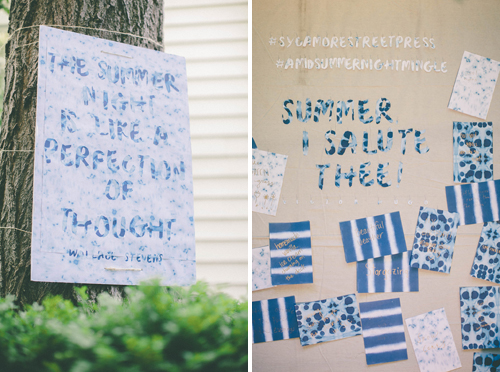 For their Cricut project they cut out letters and turned them into quotes. 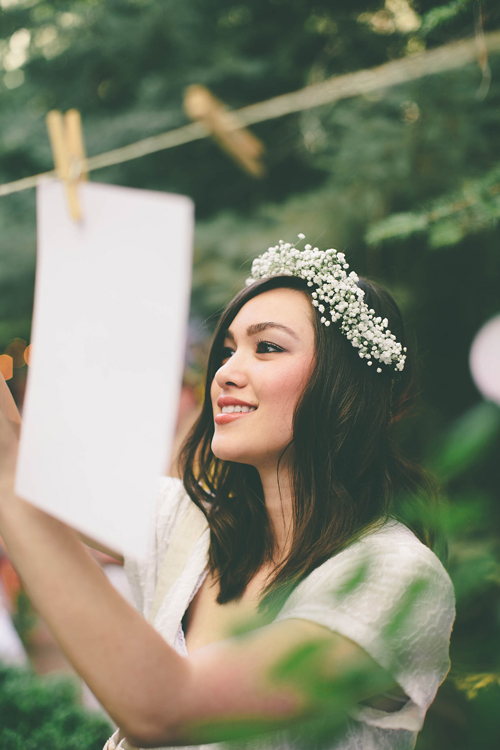 We’re only half way done! Part 3 will be up soon!
photography by Natalie Norton