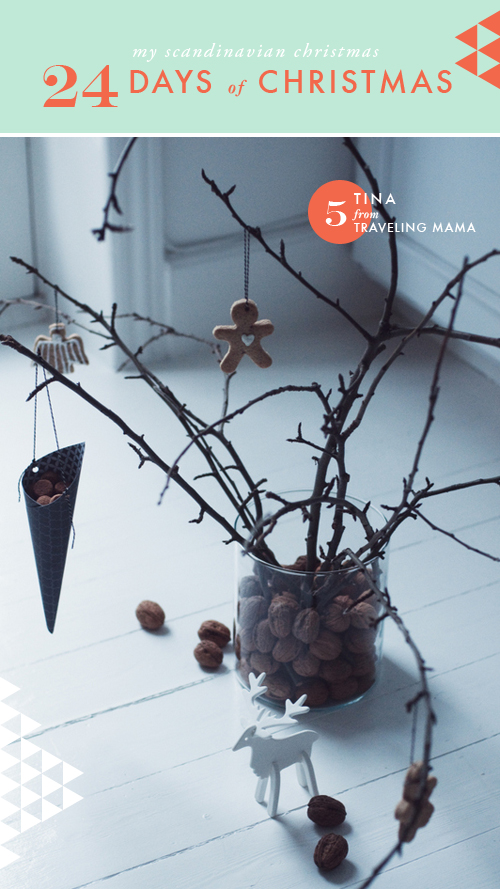 Day 5 of My Scandinavian Christmas is by Tina Fussell of Traveling Mama. Tina’s blog is a constant source of inspiration where she showcases her wonderful DIY projects combined with beautiful photography. She’s lived in some pretty exotic locales and her aesthetic reflects that.

After having spent three years in Morocco, a Muslim country where Christmas is not observed, we were especially grateful for the Scandinavian Christmas that greeted us our first December in Copenhagen.  We had exchanged a string of ordinary days where the world around us went on as if nothing were happening, with streets strung with twinkling lights, windows filled with soft candlelight and the bustle of Christmas shoppers.  We were filled with unending happiness that first year… tears of joy flowing freely as we observed the beauty of Christmas… not alone, but with an entire country who seemed to know a thing or two about creating a very cozy holiday!


I bought every Christmas issue on the newsstands that I could find and was mesmerized by this new and unfamiliar way of decorating… the Danish way was much simpler than my native Southern USA Christmases and almost always accompanied with a white background. I was in love! 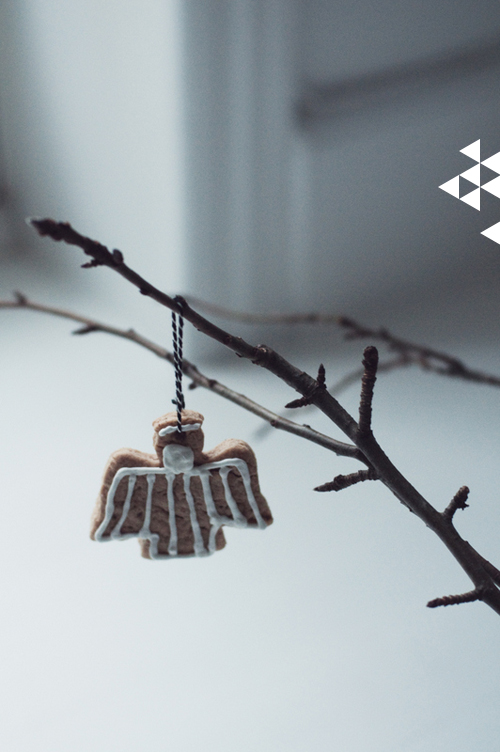 But it was not just the decorations that had caught our eyes, but new treats to try as well.  It seemed every time my husband went to the grocery store, he came home with a new cookie to try!  He talked nonstop about how every store and office building had a basket of pebernødder cookies, a new favorite, asking to be eaten (and we were happy to take them up on their offer!).  Then there were many varieties of gingerbread and marzipan and chocolates…

I was recently chatting with a friend, Heidi, of Wool Rocks, and she mentioned the Scandinavian tradition of creating an edible Christmas tree.  Though the idea is considered fairly old school, I decided to embrace it this year, with a modern twist…A combination of all the lovely white, the traditional modern and earthy branches, and strung cookies in several varieties to tempt anyone that came very close with it’s fragrant aroma of cinnamon, ginger, and pepper nut!

Thank you, Tina, for participating in My Scandinavian Christmas! I can’t wait to make my own edible Christmas tree (one day when I’m not living out of suitcases). Check out her awesome blog, Traveling Mama.

Sewing Basics: How to Choose the Right Fabric

Why the Fabric You Choose Matters First of all, some of you may be asking, why does the fabric you choose even matter? Well, short...
Read more

Sewing Basics: How to Choose the Right Fabric

Why the Fabric You Choose Matters First of all, some of you may be asking, why does the fabric you choose even matter? Well, short...
Read more
accessories

Funky Town Fabric Projects The best thing about the projects we picked to feature our funky town fabrics is that they are all so simple....
Read more
accessories

BLOOM Lifestyle Photos Here are a few of our favorite photos from the BLOOM lifestyle shoot: We had to work in a quilted jacket somehow. I'm...
Read more
Baby shower

Floral Backdrops from the Archives We love our floral backdrops! This isn't the first time we've dabbled in a floral backdrop. Remember our peonies, hibiscus/tropical...
Read more