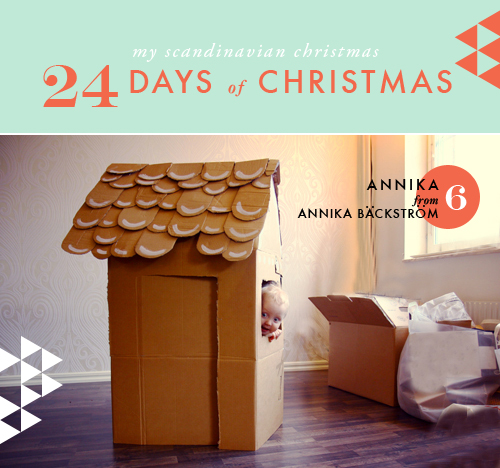 Day 6 of My Scandinavian Christmas is by Annika Bäckström of her eponymous blog. In one word, she’s awesome. Awesome projects, awesome color palettes, awesome personality. I’m so glad to have her for day 6 of My Scandinavian Christmas! She’s in a similar boat as I am (moving!) but found a little time for some creativity.
The gingerbread house that Annika built.
When Brittany e-mailed me my boyfriend and I had just moved in to our new apartment and all our stuff was still in boxes and everything was quite a mess, and that’s okay for a while. But the thing was that the next day my niece (four years old) and nephew (just turned one) had been planning on coming to visit us. 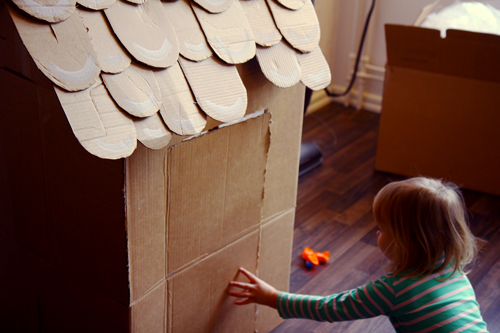 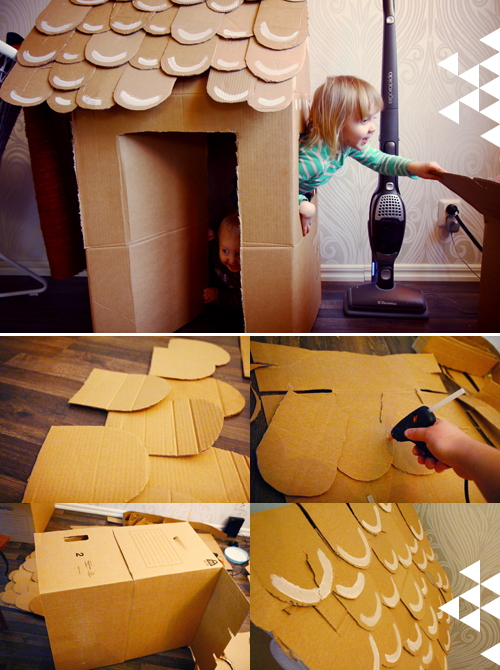 Problem: The apartment wasn’t very child friendly.
In one corner of the living room we had some empty moving boxes and packaging that our new bed had arrived in. There was a lot of junk and a lot of cardboard. I thought, why don’t make Judit and Ruben interested in something else than the dangerous and fragile stuff (and it’s more fun to build than clean!).
Instructions with cute illustrations below
I used:
A glue gun
Scissors
two moving boxes
more cardboard
Tape
Left over wall paint
I started making the roof cutting tiles that I glued together. The ones on top were mirrored to make it possible to fold.
One moving box seemed way to small for a house, so I glued two together but kept the corners from each box. I think that made it steadier. I also glued some extra cardboard to the inside of the box. Then I cut triangles of cardboard to keep the roof in position.
I glued everything together with more pieces of cardboard and put the roof on top. The paint made it look more like a gingerbread house.
And yes, it was a success.
They loved it  and didn’t even tear it apart until the second time they came to visit. 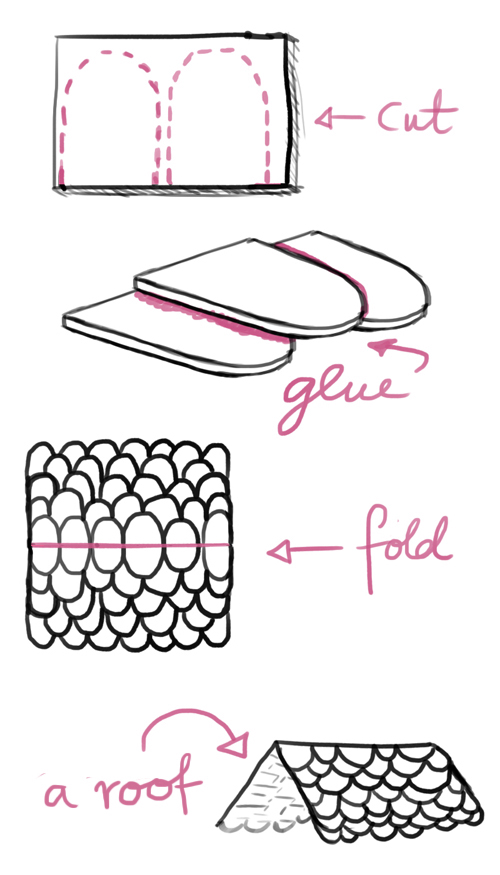 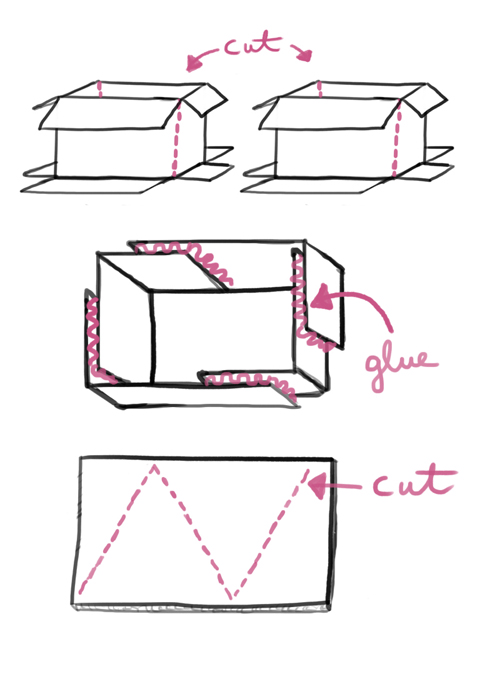 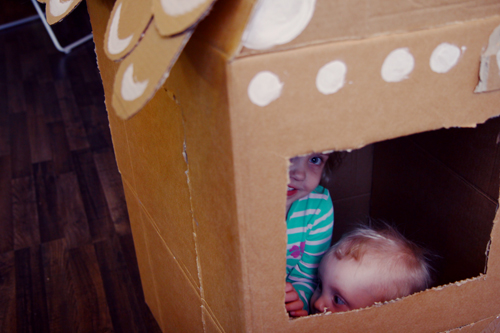 Thank you SO much Annika for participating! This is SUCH a great idea! Head on over to her blog for more awesomeness.