Some of the most famous, creative breakthroughs have come through dreams. Did you know the melody for Yesterday was written in Paul McCartney’s sleep? Even Einstein’s theory of relativity was the outcome vivid dream. Now, it’s my turn. Divine inspiration has come to me, and it’s come in the form of…

This DIY hot dog balloon garland literally came to me in a dream! I mean, it’s pretty much on par with the theory of relativity, right? 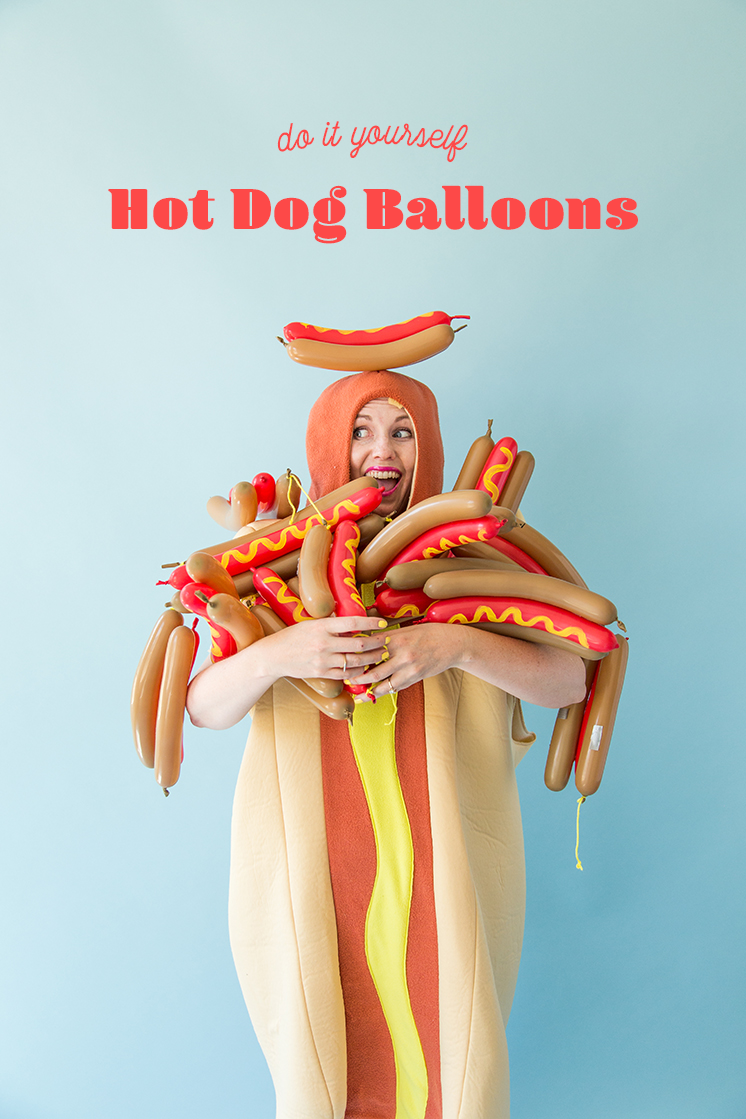 I was in charge of planning a baby shower for a friend of mine. She’s an illustrator and often draws little hot dogs and hamburgers. So, naturally, her shower should be hot dog themed. Hot dogs… buns… bun-in-the-oven… it’s only logical. If you’re not throwing a hot dog themed baby shower anytime soon, this garland could also make for a great addition to your next barbecue. 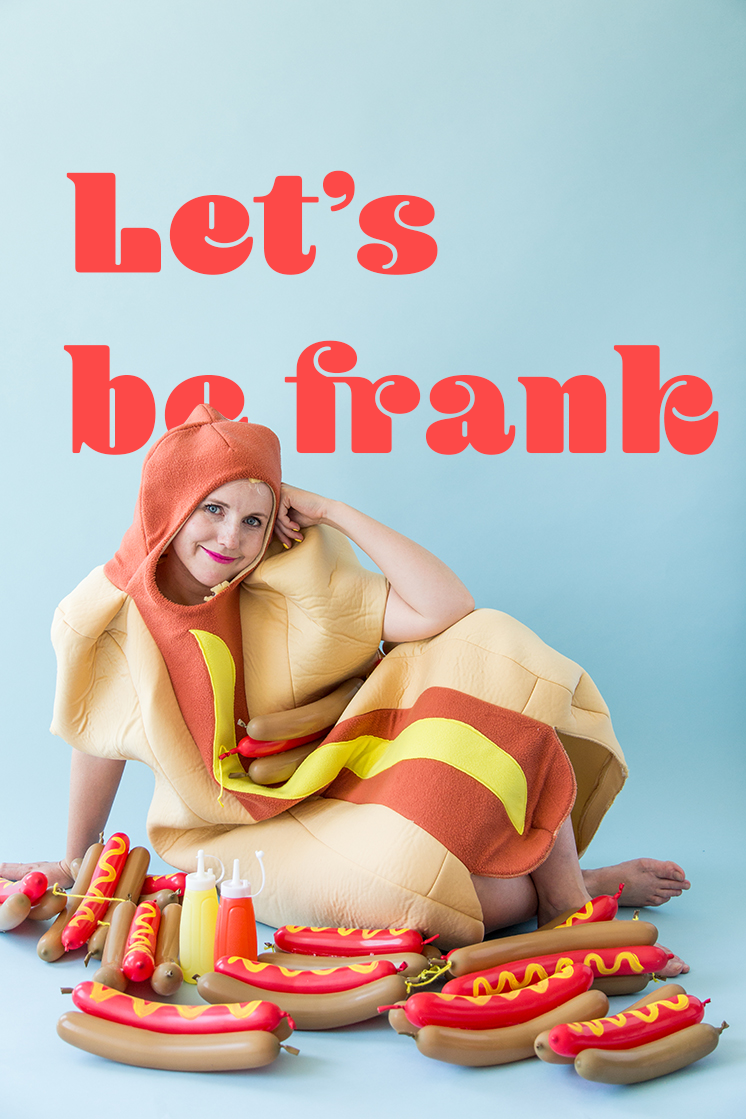 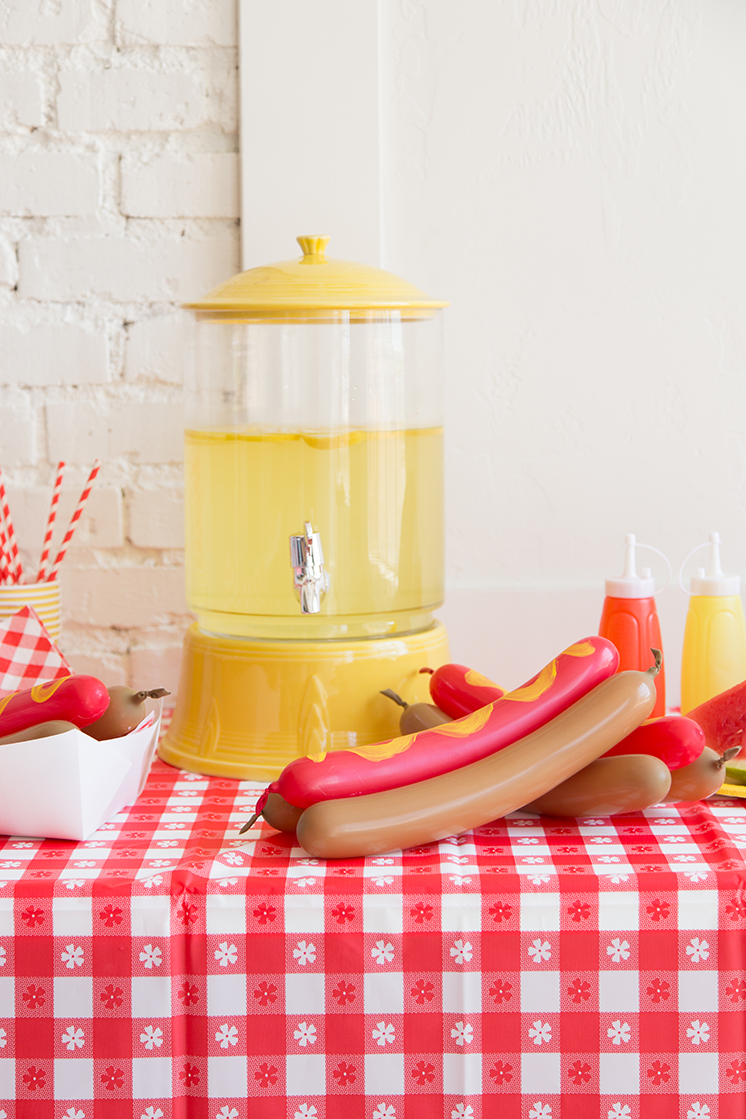 See how to make the hot dog balloon garland below 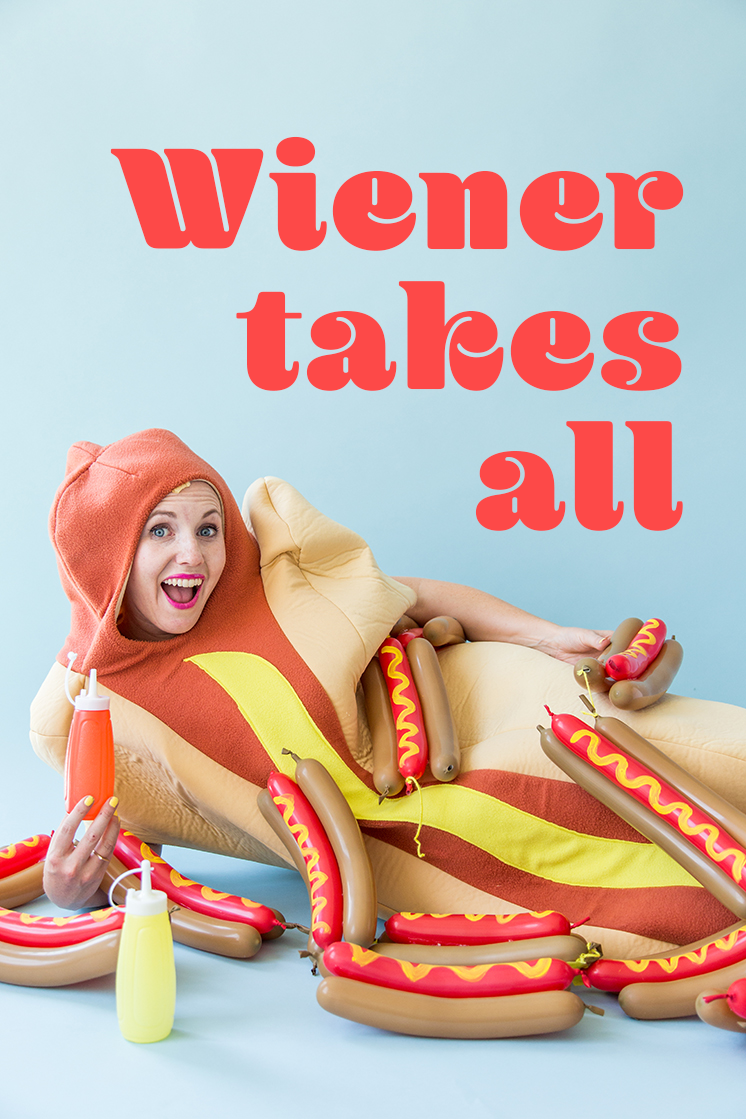 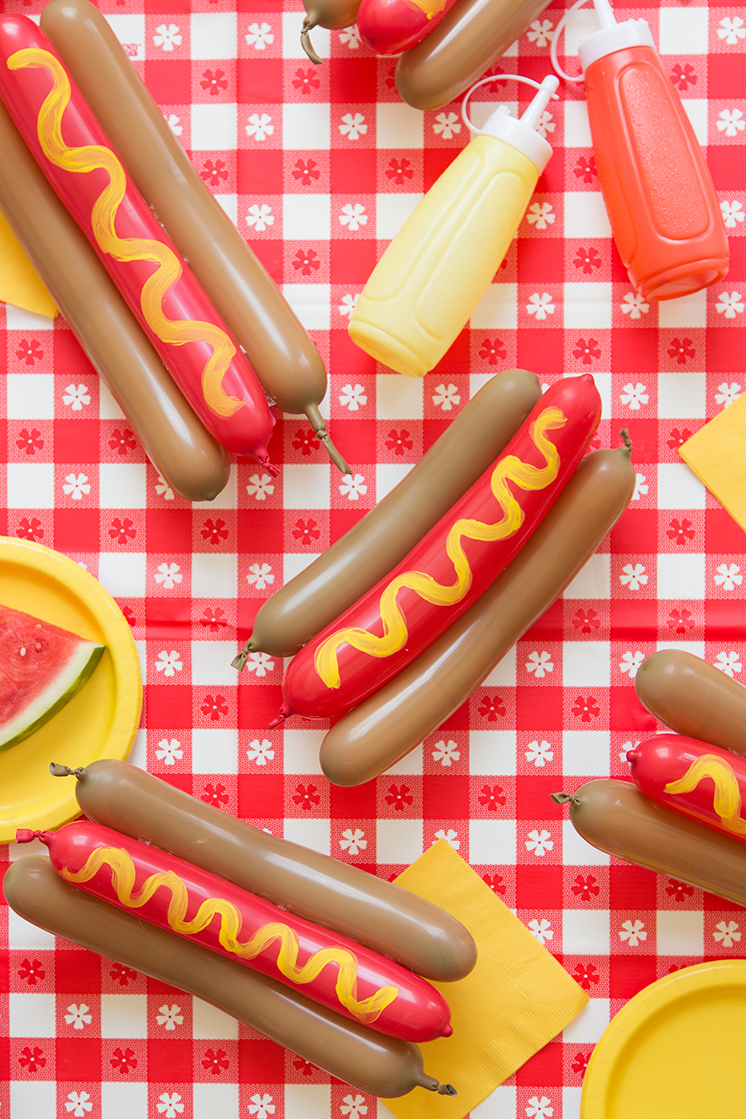