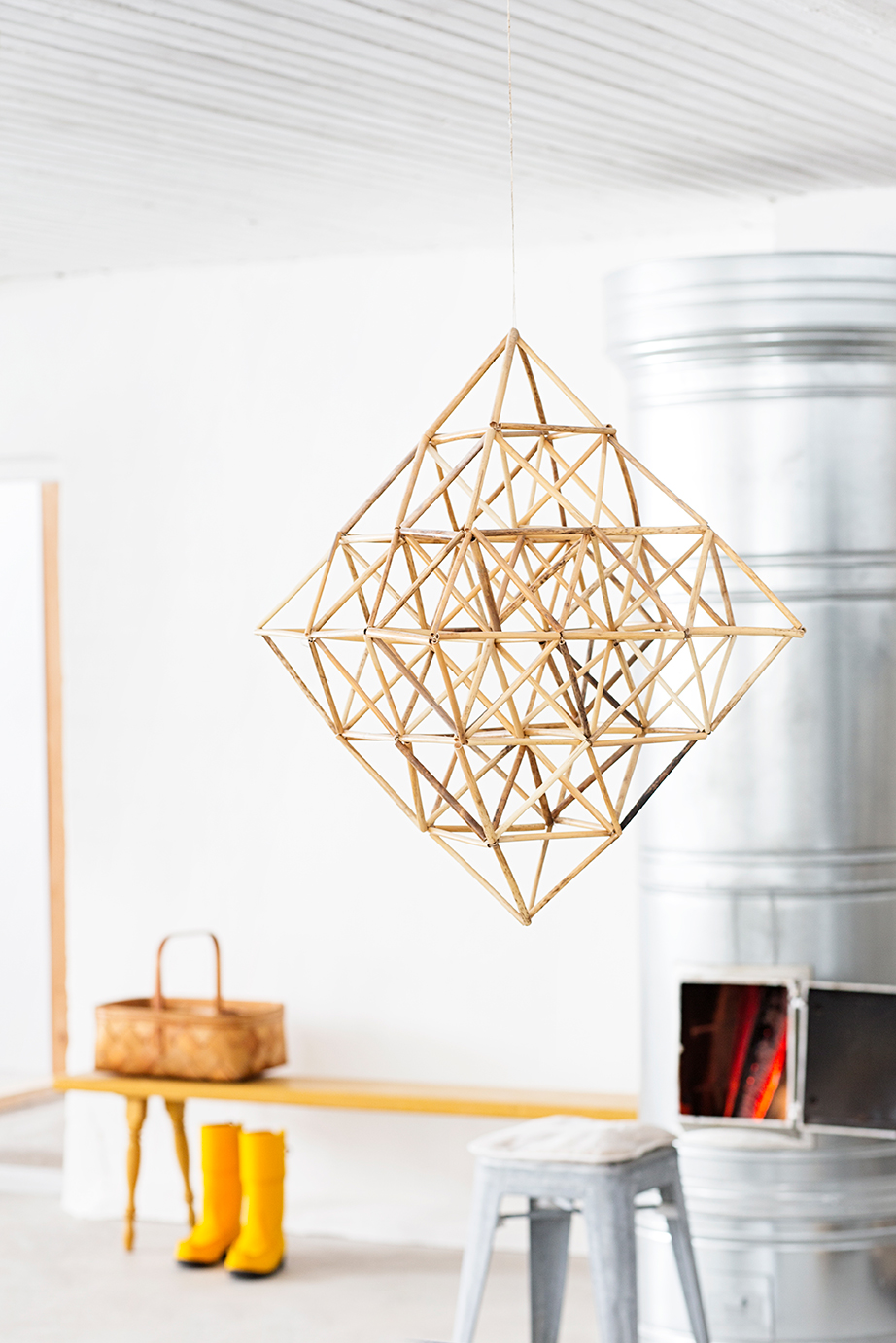 We’ve been long time lovers of the himmeli for a while now, evident here and here. Himmeli is considered the quintessential Christmas decoration of Finland, but is popular in all Nordic countries. It is a geometric straw mobile or chandelier and can be transformed into a variety of interpretations. The Swedish word for chandelier is takkrona, which means ceiling crown. I love the idea of having homemade ceiling crowns all over your home. I feel like it captures Scandinavian design perfectly: clean and simple but stunning and interesting. This book, Himmeli: Geometric Home Decor Past and Present by Swedish author Eija Koski is a beautiful compilation of Himmeli projects and the ultimate go-to book for all things himmeli. 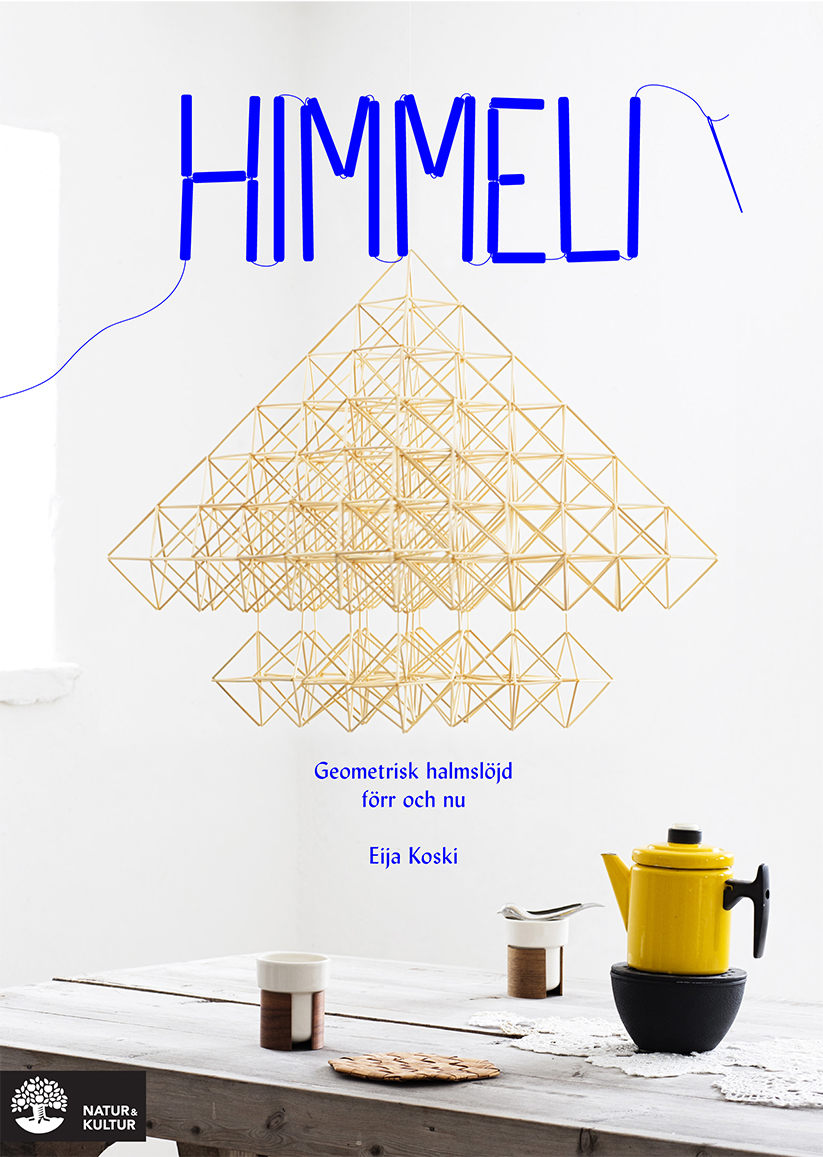 Eija Koski is considered the only professional himmeli artist in the world, so you know these projects are going to be good! The book is in Swedish, but there are step-by-step pictures to easily guide you through. There are 24 different himmelis for every corner of your home, in addition to the basics to help you create your own designs! I love the concept that you can create beauty out of anything, and for Himmelis all you need is string and straw to create a unique art piece! Though traditionally a Christmas decoration, the himmeli is a beautiful design element all year round. Eija has one in every room of her home! Buy Himmeli: Geometric Home Decor Past and Present here! 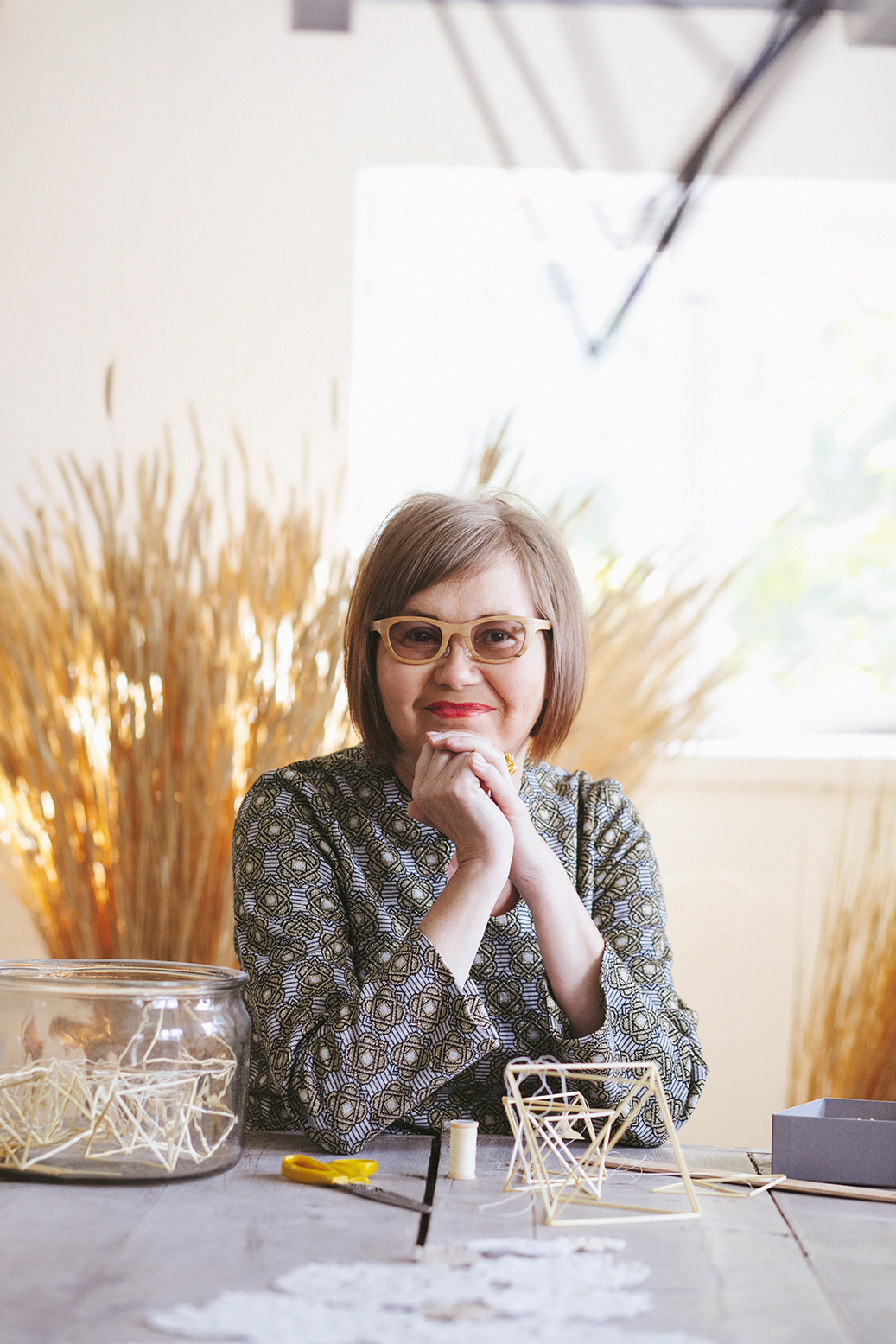 Nature is filled with different resources for Himmeli projects and you can collect them all year long – even during the winter. For example, reeds become even more unique if you pick them once they’ve gotten their gray-antique tint, which comes about during winter. You can use any type of straw plant that you can thread a string through – so keep your eyes open when you walk around in the forest or gardens!

Build Himmeli according to the instructions for “Light” (see below), but with the following modifications: Instead of starting a new Himmeli when you get two the second to last row, finish the bottom part of the Himmeli with a point.

Build a Himmeli according to the instructions for “Present” (see below), but instead of 2 x 2 rows, make 4 x 4 rows. When you get to the second row in the bottom part of the Himmili, start to build another Himmeli. Build out 2 rows until the new Himmeli has the same width as the first one, then build in 2 rows on the bottom part of the Himmeli. Again start building out like you did before. Finish the third Himmeli with a point.

Before and afters of our home renovation There's so much to say about the experience of doing a TV show not to mention the experiencing...
Read more
Arrangements