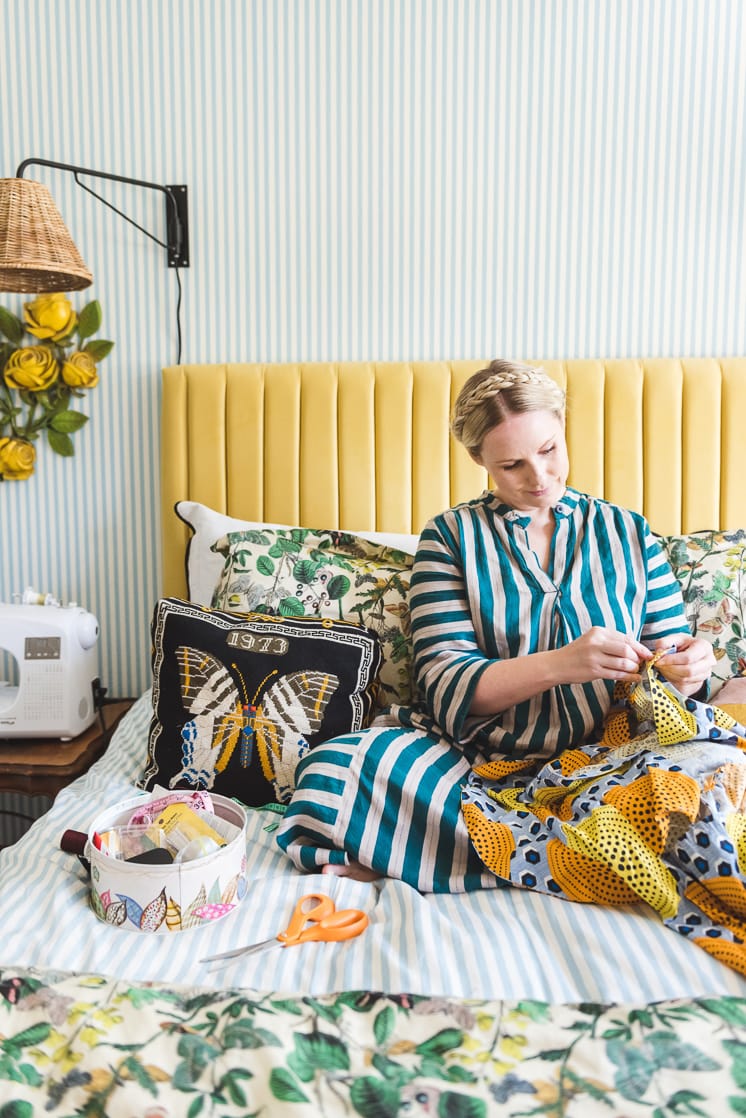 Sewing Basics: How to Thread a Sewing Machine

Welcome to the first week of our Sewing Basics series!

We know that many of you are already familiar with the sewing basics, but we also know that many of you have a lot you would like to learn. In order to bring everyone up to speed, we’ve decided to help you out with some essential sewing skills that will help you succeed at a wide variety of basic sewing projects.

This Sewing Basics series is designed to give you the basic skills you need to get sewing! It’s for sewing projects you’ve wanted to make but have been a bit intimidated by until now. For those who’ve already learned the basics at some point, it’s a great refresher. For those who are completely new to sewing, it’s the perfect place to start.

This week we’ll be learning how to thread a sewing machine. Let’s go!

As you may have noticed, we’ve been doing a lot of sewing here at The House that Lars Built. Well, we don’t want to be the only ones doing the sewing! Our sewing basics series is designed to give you the simple skills necessary to make the sewing projects we offer on our blog. We’ll be releasing a different lesson every other Tuesday for the next three months. Once you’ve learned the basics in the lessons we’ll be releasing, you will have all the skills required to successfully complete any of our simple sewing projects. Take these, just to name a few: shaped throw pillows, this apron, or these adorable outfits we made for Easter.

How to Thread a Sewing Machine

Knowing how to thread a sewing machine is arguably the most basic and necessary of all sewing skills. The great thing is, it’s as quick as it is easy, and will soon become second nature with a bit of practice.

All that being said, this tutorial will give you the guidance necessary to successfully thread most standard sewing machines.

You’ve now done the top half. Now let’s learn how to thread a bobbin!

How to Wind a Bobbin

Before you can thread a bobbin into the machine, you’ll need to wind it up with thread first. Here’s how to wind a bobbin: 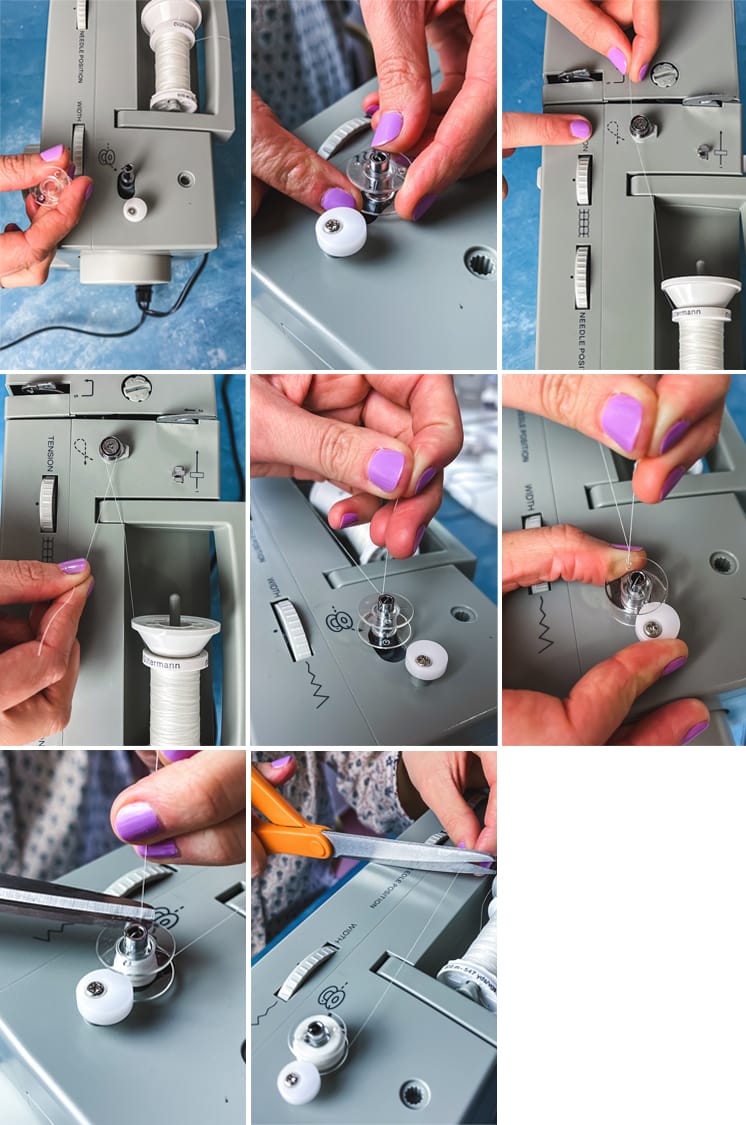 How to Thread a Bobbin

Now you’re ready for the last step: threading the bobbin into the machine! 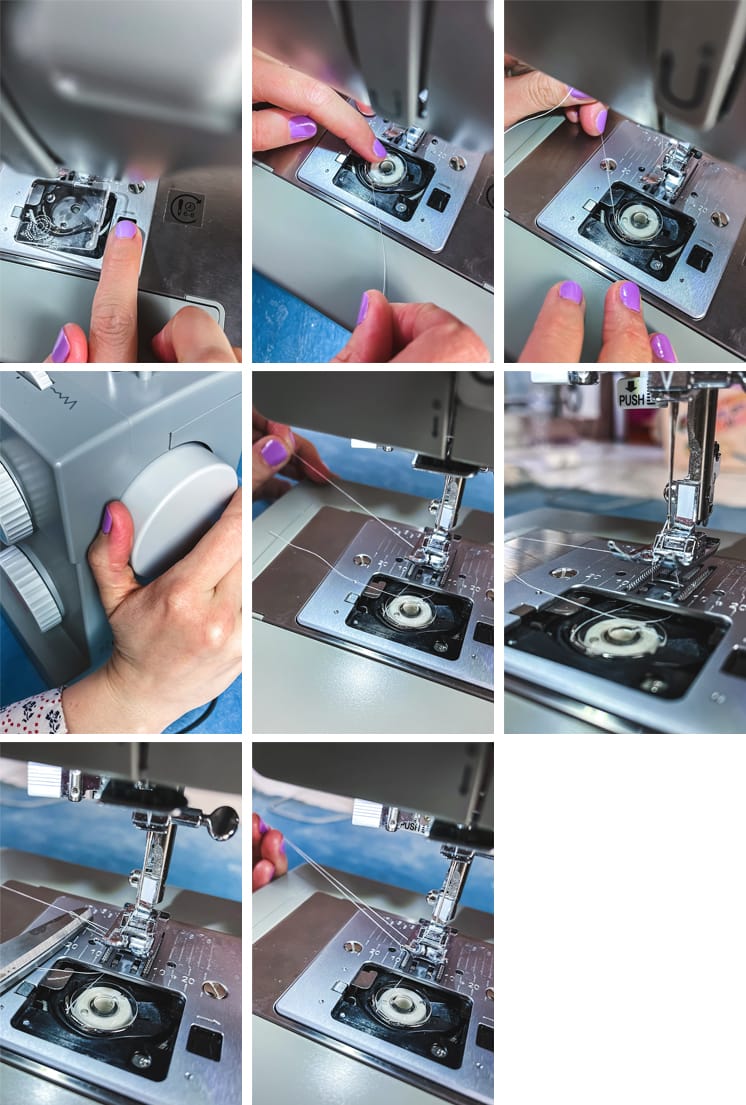 You’ve just successfully learned how to thread a sewing machine and bobbin. Stay tuned for the next lesson in our sewing basics series! We’ll discuss the ins and outs of choosing the right fabric for your sewing projects.