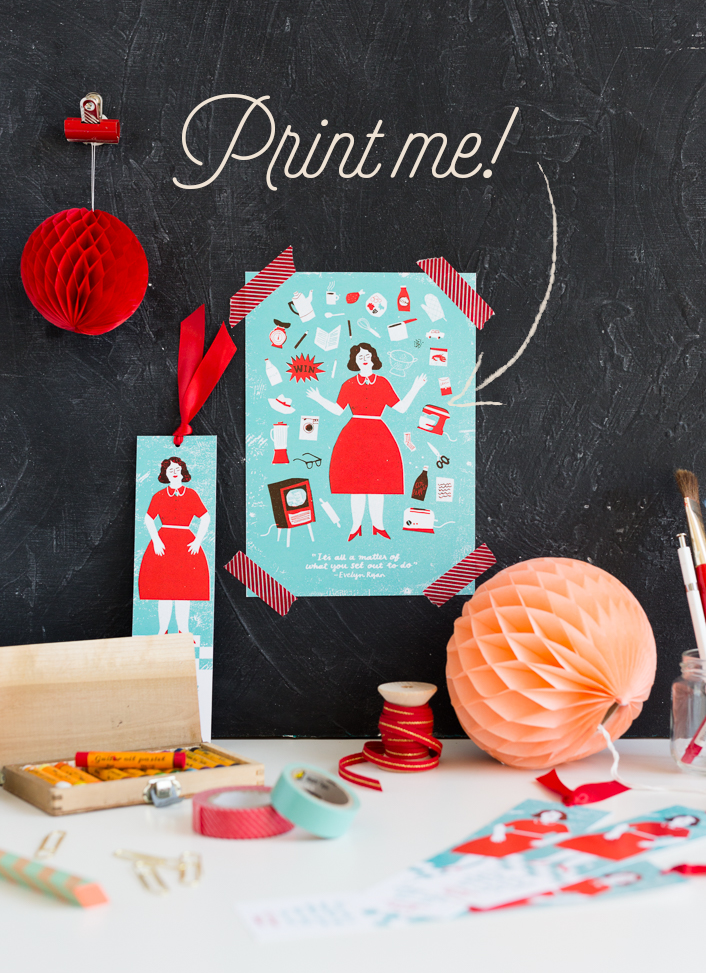 How are you enjoying this month’s book club selection? We’re reading, The Prize Winner of Defiance, Ohio  and it’s been wonderful hearing so many of you who have already read it or seen the movie. What are your thoughts so far? We have some discussion questions below to get your clocks ticking.

And to go along with it, we have worked with one of my favorite illustrators, Louise Lockhart of The Printed Peanut, to create some original artwork. She created a poster with a quote from the book that reads, “It’s all a matter of what you set out to do” as well as a bookmark. It would make a great Mother’s Day card, doncha think? 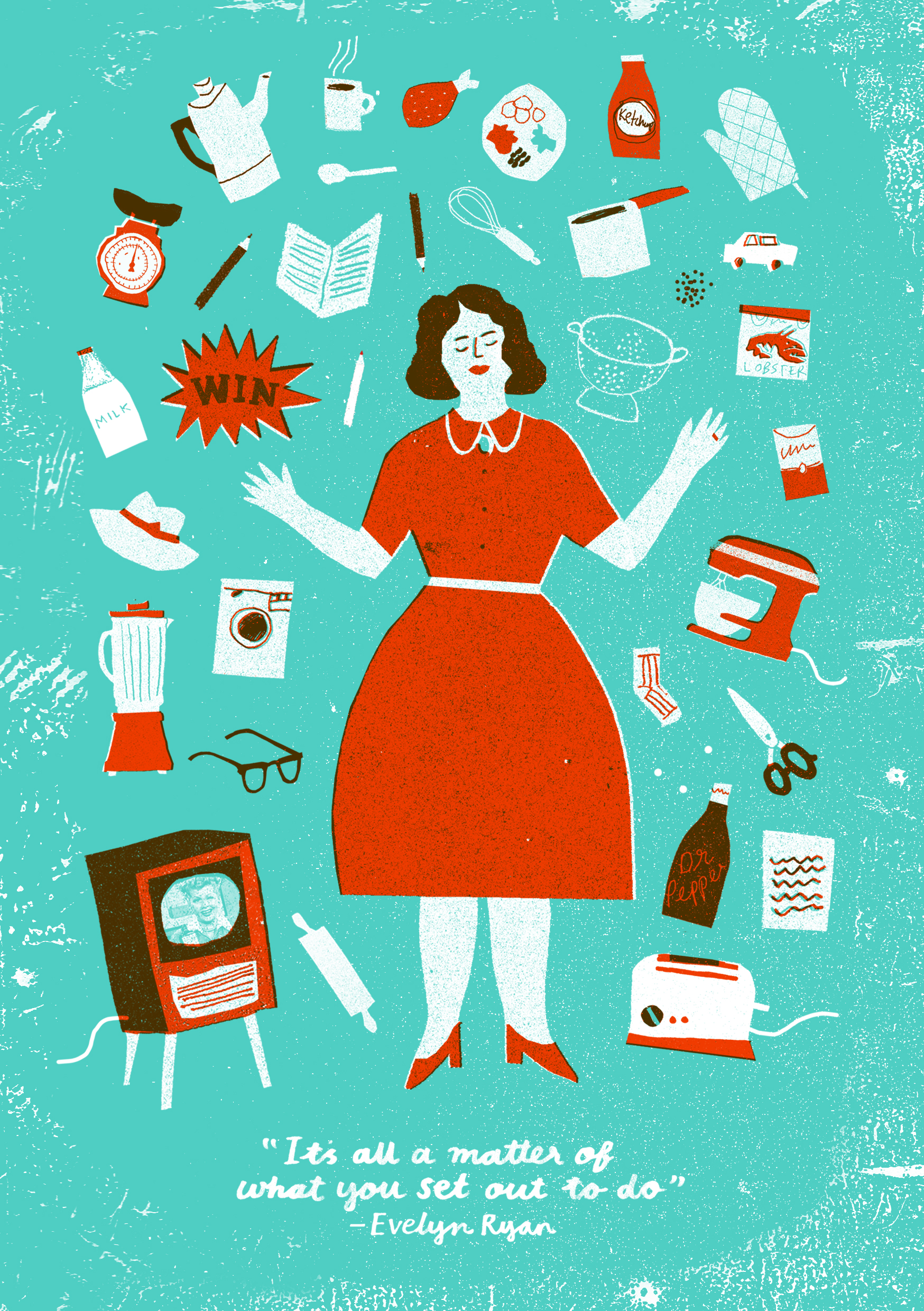 Get the free printables and discussion questions below! 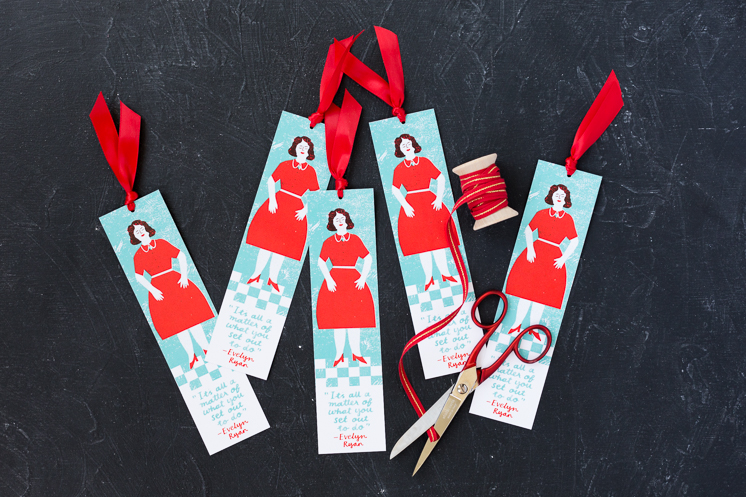 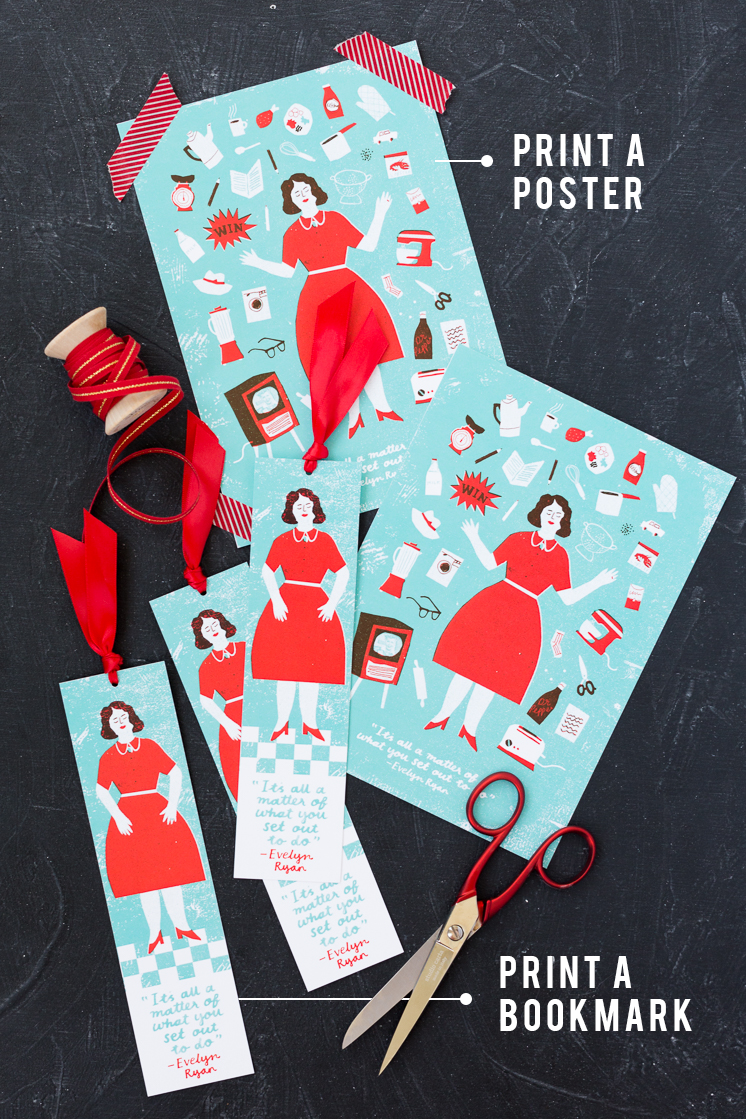 Discussion questions for The Prize Winner of Defiance, Ohio

1. How would the story of the Ryan family have been different had it taken place in a different decade? Clearly, this era of jingles and advertisements didn’t last beyond the 1950s and 60s, a time when women had little to no say in financial matters, yet were the ones responsible for creating a thriving home life. Evelyn had turned to local police and ecclesiastical leaders for help with her alcoholic husband, but received none. She also had no driver’s license and no way to bring in income unless she took in washing. As far as women’s constraints in family roles and what was expected of them, even job opportunities available, how would this family’s situation (and Evelyn’s) have been different had it taken place 20 years later?

2. The Ryan family had a savior in the form of Aunt Lucy, Kelly’s sister. She often bought weekly groceries for them, or purchased what was needed when she saw that one child needed a new coat or new pair of shoes. Despite all that Evelyn did to keep her family afloat, they couldn’t have gotten along without their generous Aunt Lucy. Has someone ever been such a benefit to you? Has anyone ever been that generous merely because they were happy to do so? How did that affect you??

3. The Prize Winner is full of Evelyn Ryan’s genius jingles. She often included incidents or stories of their family life in her poems, sometimes true and factual, and other times not. Did you have a particular favorite? Which one, and why??

4. When Terry “Tuff” Ryan, Evelyn’s daughter, asks her if she regrets marrying her father, or leaving a possible writing career behind, Evelyn responds, “I feel that I’m doing exactly what I was meant to do in this life. I’ve never doubted it.” As Evelyn later enjoys her time with her fellow contesters, “The Affadaisies”, Tuff realizes that her mother “…hadn’t left her career behind those many years ago after all. She took it with her wherever she went.” Evelyn had used her writing skills in extremely trying circumstances. Have you ever ended up in a job or used a talent in a way you hadn’t expected? Evelyn Ryan called this destiny. What do you think??

Cheaper by the Dozen by Frank B. Gilbreth

The Glass Castle by Jeannette Walls

The Liars’ Club by Mary Marr

The Middle Place by Kelly Corrigan 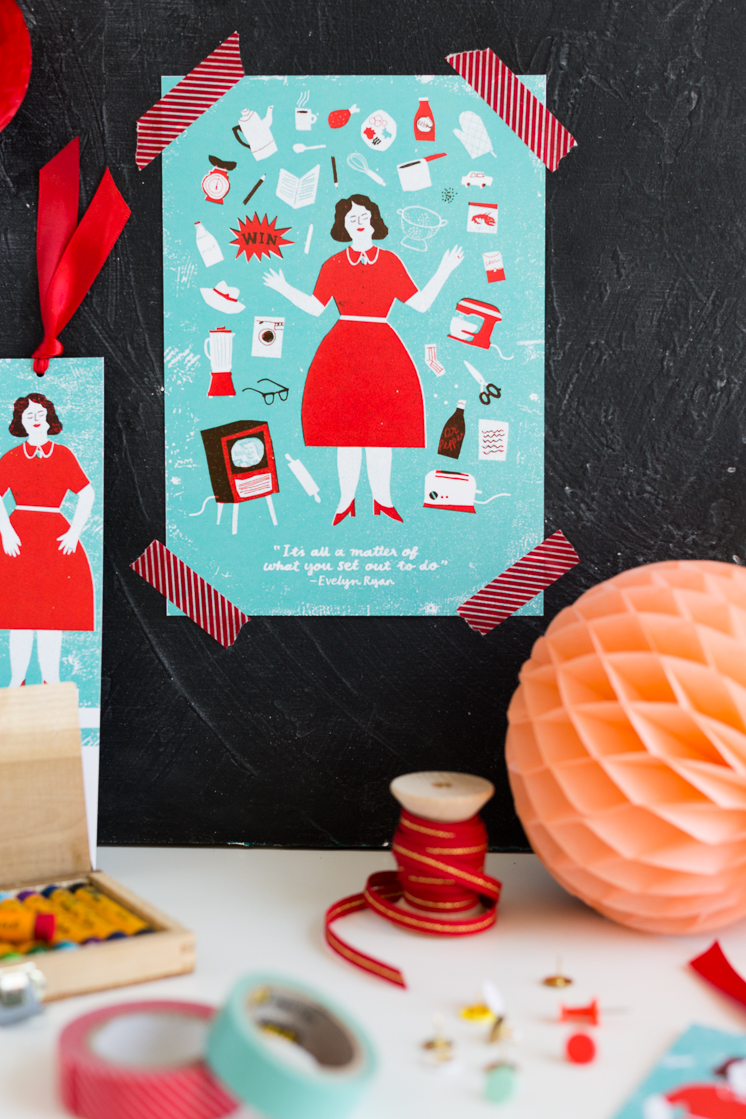 Print off the printable bookmark and poster here!