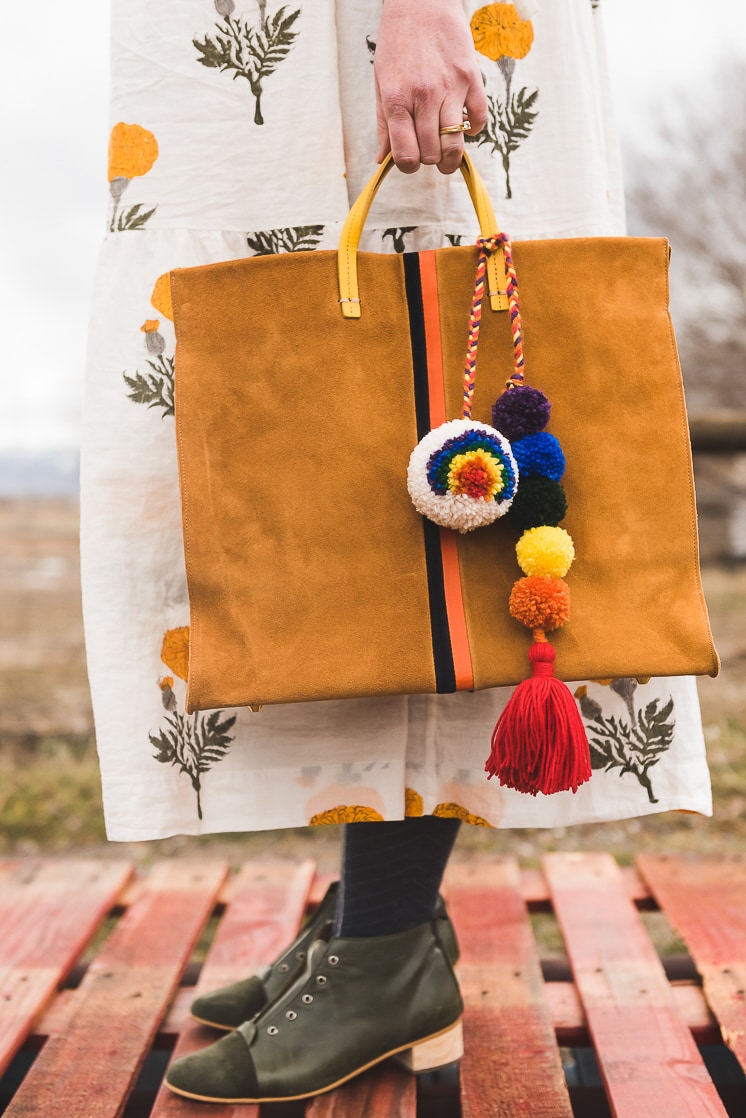 St. Patrick’s Day means many things but around here it means EVEN MORE RAINBOWS than normal–and we already live in a rainbow-filled world. We’ve been spotting lots of motif-themed poms and thought it would be fun to try it out our own DIY rainbow pom. It’s just like normal pom-making but with some layering and cutting involved. It’s much simpler than you might expect! We added on some solid colored poms to create a tassel. Together they’d be great to hang on a bag to get your festive green in. 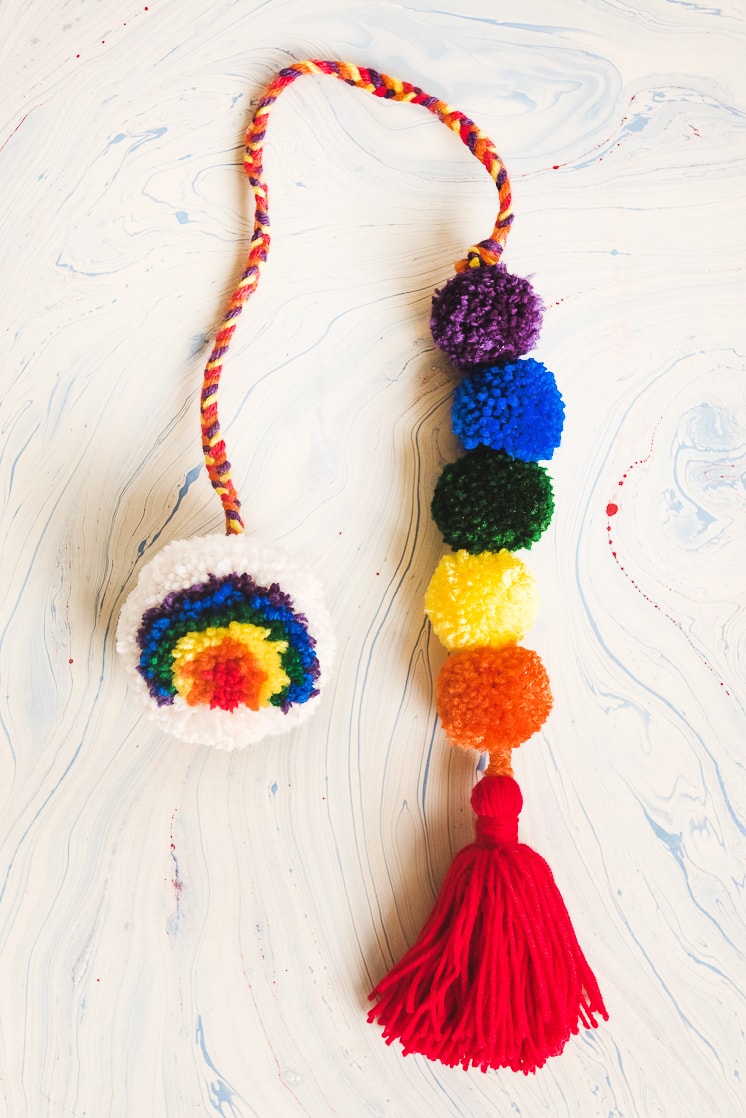 **TIP: Be sure to stop wrapping the red yarn where the white yarn ends. This will help in creating a more precise rainbow shape on your pom.

**TIP: The arch will be more dense in the center where all of the rainbow yarn colors have already been wrapped. So be sure that when wrapping the white yarn, that the arch is evenly dense from left to right. This means that you will have to wrap the white yarn around the very left side and very right side of the arch a lot more than you will in the middle of the arch. The white yarn should be dense enough that when you close the wrapped side of the knitting loom that it feels tight when closing.

Making and Connecting the Smaller Poms:

Making and Connecting the Red Tassel: 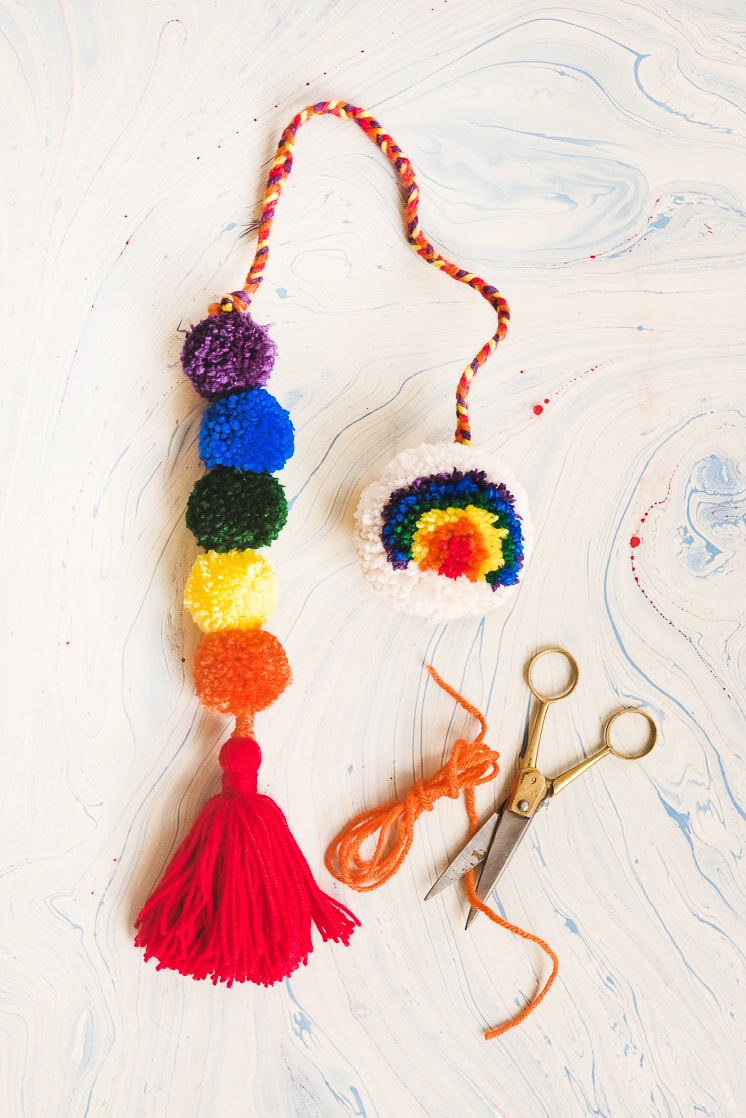 If you make it, we’d love to see it. Tag us with #LarsMakes or #CraftTheRainbow !