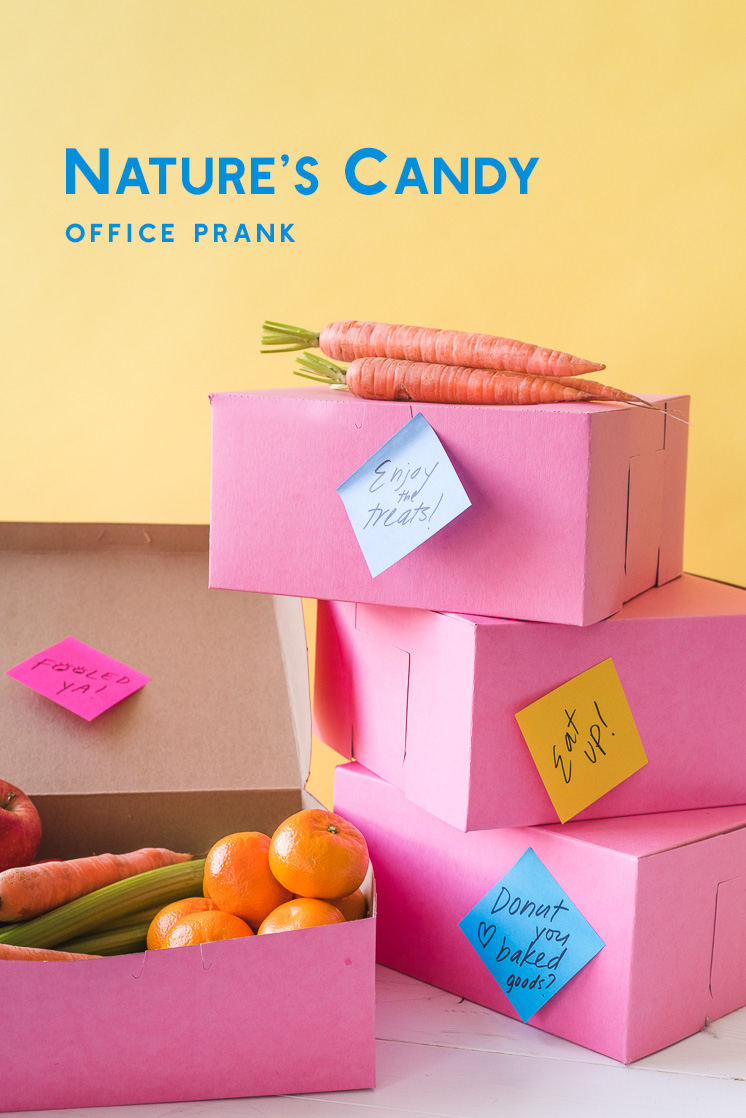 April Fool’s Day is quickly approaching and you need to start scheming! Oddly enough, April Fool’s Day is one of my favorite holidays. I’m a true joker at heart. We wanted to create a prank that could be easily replicable in the workspace.  For this clever trick, you simply play the role of the donut-bringing co-worker. You know, the one you have a love/hate relationship with. But instead of bringing a box full of baked goods, fill the box with Nature’s Candy, AKA fruits, and vegetables!

Get the how-to after the jump and start planning how to gift everyone some “Nature’s Candy!” 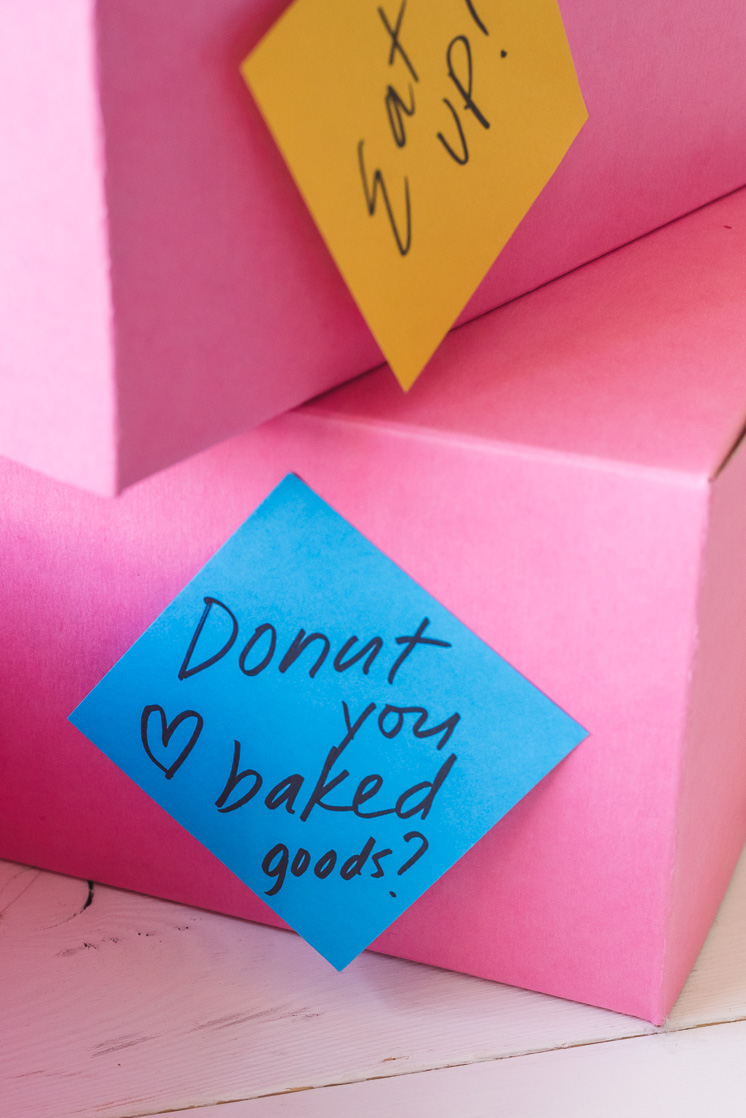 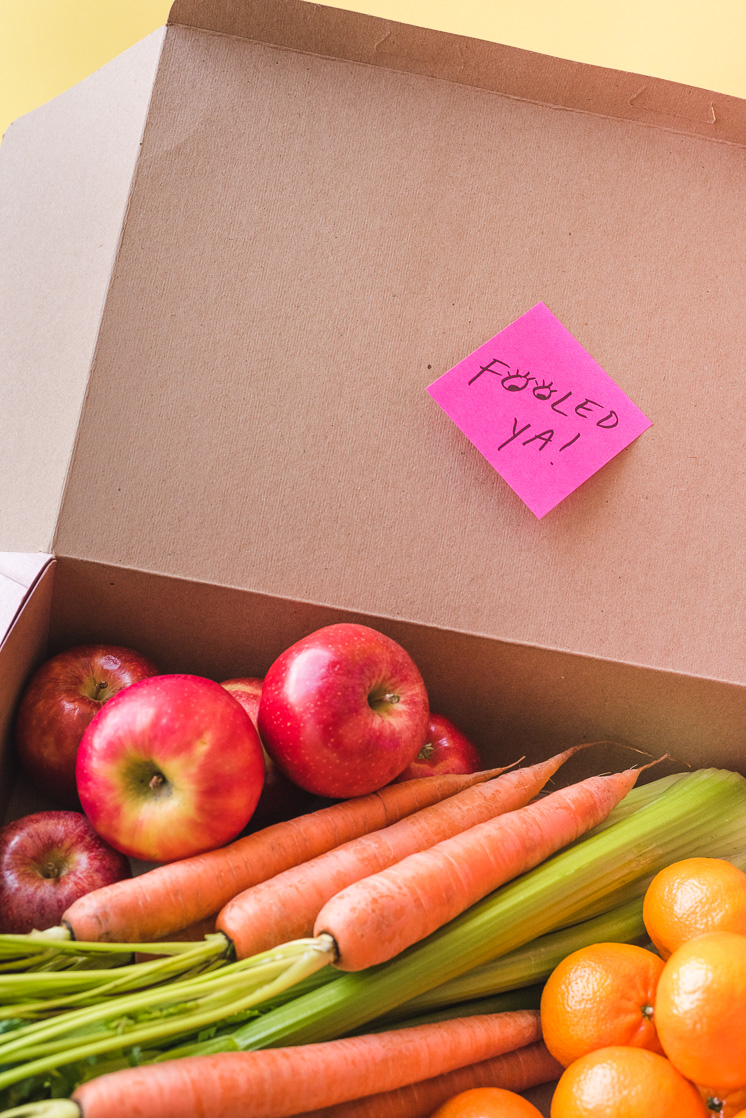 Simply bring one (or a few to really get the eyes wide!) bakery boxes to the office and leave them in the break room. Stick on a few inviting notes, encouraging co-workers to partake of some sweet treats! They’ll open the box expecting to spy a sugary sweet, only to find a carrot stick in its place! Some will be disappointed, others relieved to be rid of temptation, but all will be fooled! No matter what anyone says, Nature’s Candy just can’t compete with a donut 😉 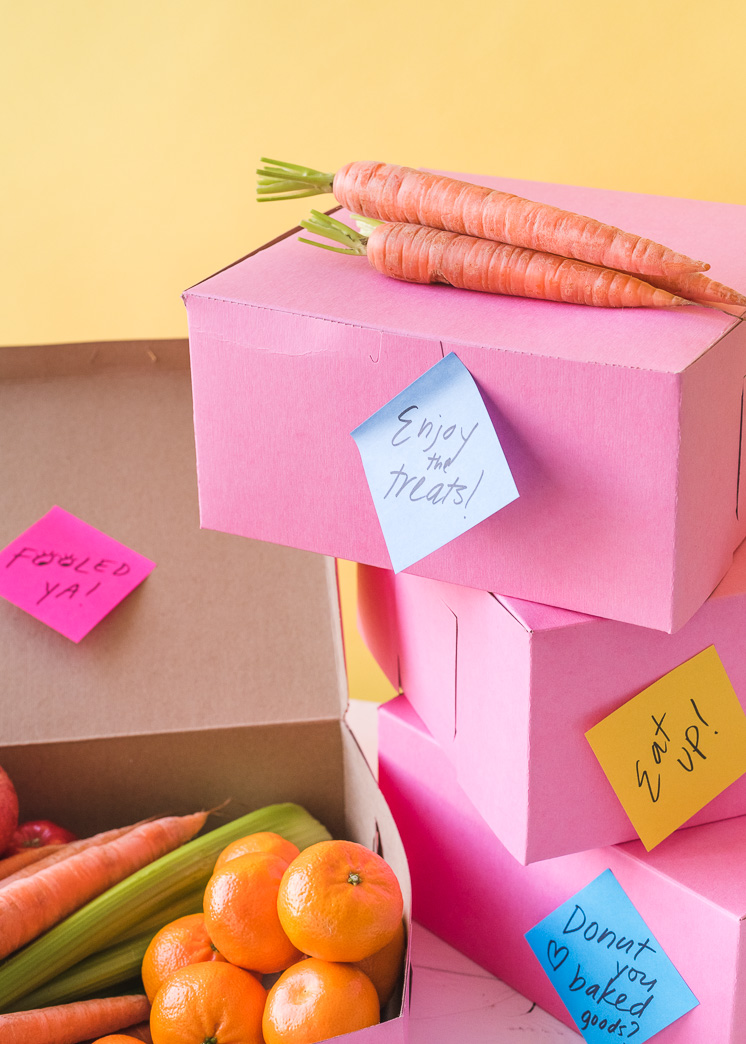 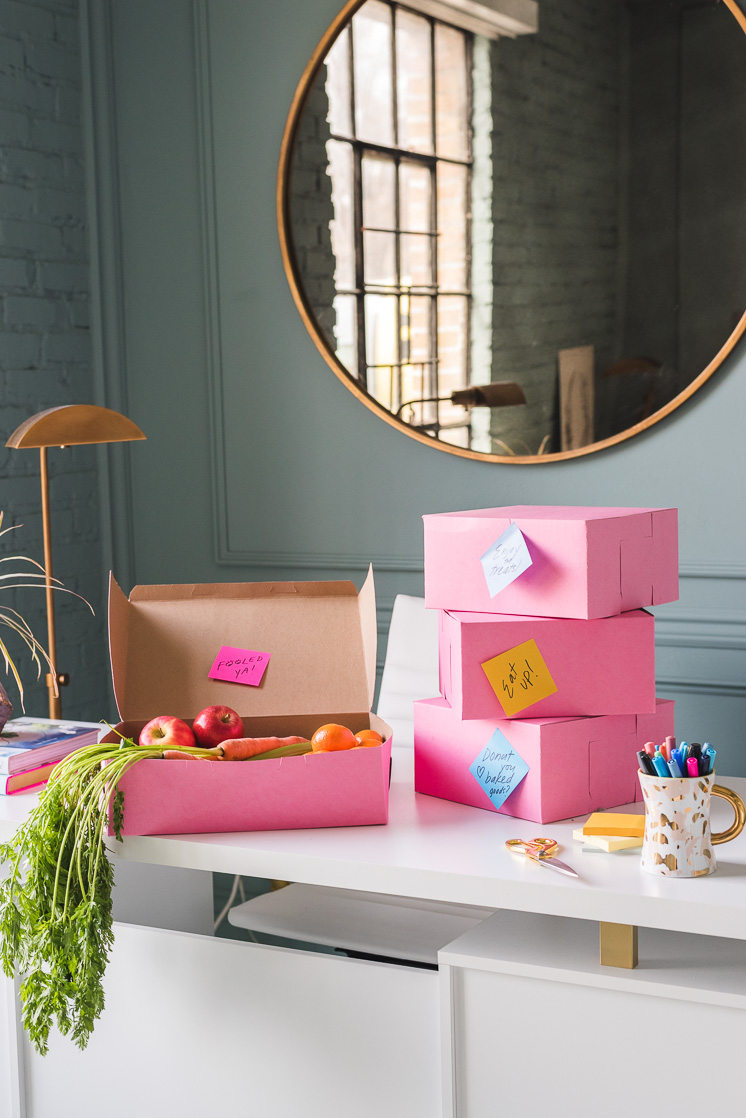 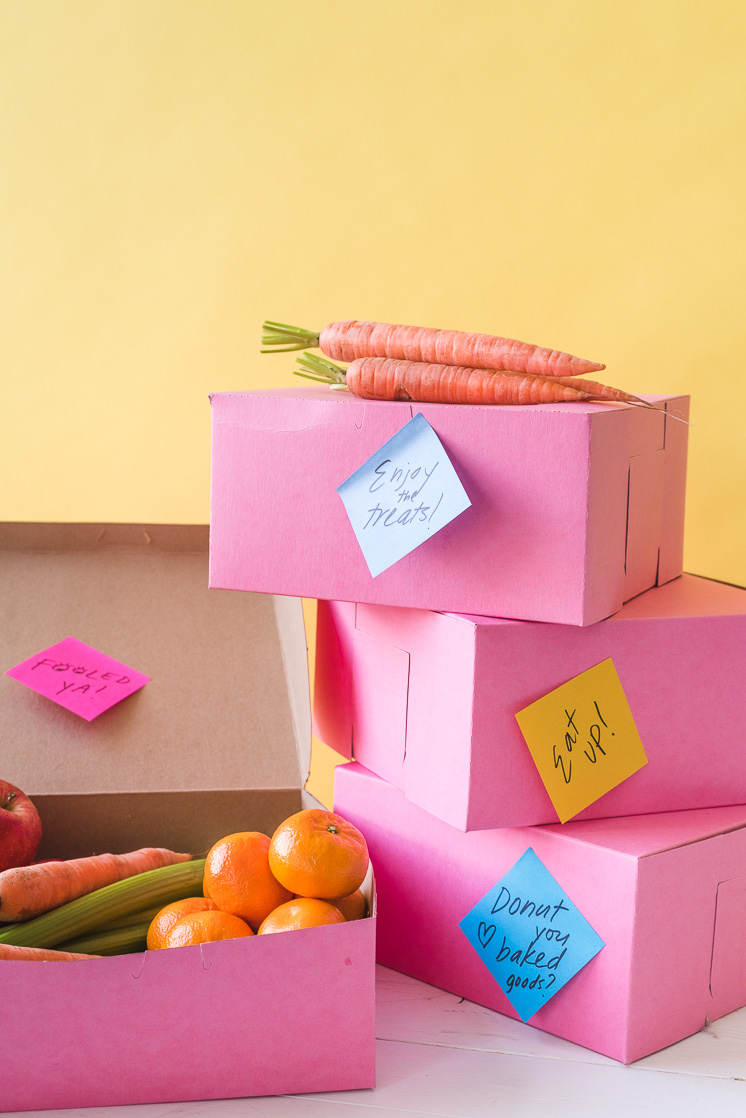