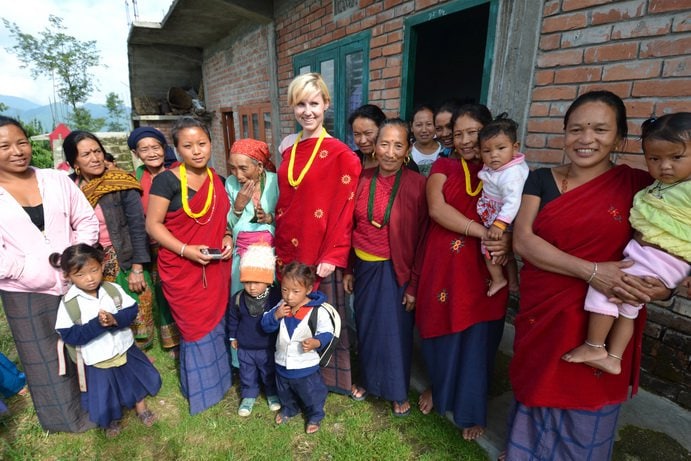 My new advisory board role: Part 1

10 years ago I spent a life-changing month in a tiny village in Nepal called Namje. I traveled with an architecture group who was building a memorial inspired by the story of its people and heritage (you can read more about that here if you’re interested–such a cool project). I had recently written my graduate thesis on social media in design and was a blogger of 3 years so I was invited to document the experience.

Read more about my announcement below and stay tuned for part 2 next week!

In the meantime, you can learn more about our partnership and how to donate here. 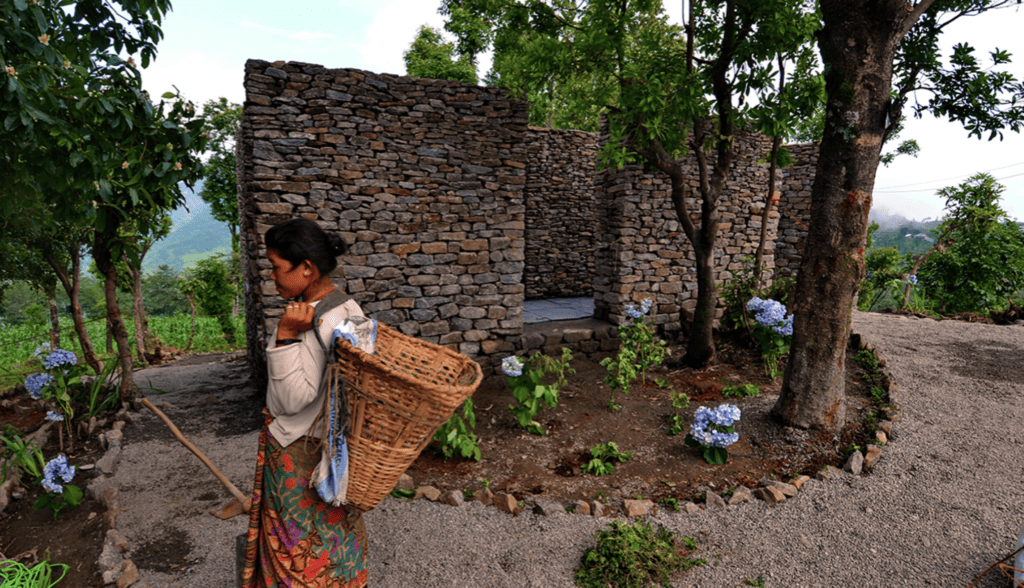 As you might imagine, Internet was spotty, but also crucial for my job, so when the connection went down on the construction site, I hiked with a couple of others to the next mountain (people who know me now are like…what?!??!?!? hiked?!?!?! YES, HIKED!) and plugged in at the phone tower. In order to get up there, I passed a number of small houses complete with mini farms–chickens, goats, luscious hydrangeas. It was so beautiful. It was also typhoon season, which brought on spectacular views AND a constant thread of crazy rain storms. (I wish I could find my hard drive from 10 years ago with all the pictures!)

We must have made a scene because we were soon joined by a few villagers. Through a translator or hand gestures, I can’t remember, we got to talking and they shared their beautiful handiwork with me. Handmade pewter plates and textiles and more. I was floored. Their work was exquisite.

At the time I was super interested in manufacturing so I was trying to come up with ways to work together. But, like I mentioned, I was fresh out of graduate school and had recently gotten married and moved to Copenhagen, Denmark so I wasn’t in a spot where I could feasibly make too much happen, both financially or logistically–I, myself, was trying to navigate a new country, social system, network, not to mention everything that comes with marriage. I couldn’t take on too much more. 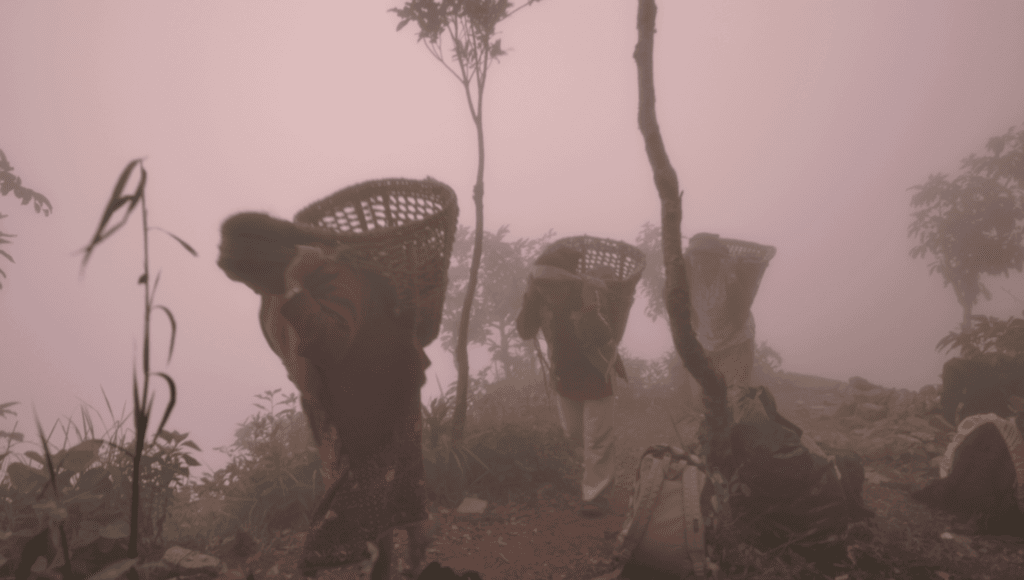 What I learned in those weeks was how crucial women were to the building and heart of the the village. In fact, these women, young and old, were the ones who traveled up and down the mountain with huge baskets on their backs full of heavy rocks, the building material of the memorial that was being constructed. There was also a community center designed for the women of the village to host their individual business like nails, micro blading, and making these really cool pom pom blankets and I got to spend some time there. They even dressed me up in their traditional clothing and I felt like a super model because my normally average height in the US was now considered very tall. Ha!

Oftentimes the origins of their businesses started from places of sorrow. For example, the owner of the micro blading business began her venture after her husband left her and she could no longer fall back on her family because they had disassociated themselves from her, which is common for the culture. They became enterprising because of the need to survive. Witnessing it for myself instilled in me a desire to be involved somehow, someday, but I didn’t know how to do so when I was also at a point in my life when I also needed to be enterprising.

After the memorial was dedicated, we spent some time in Kathmandu, which was truly an out of this world experience. It was my first time in Asia and everything felt so foreign, but SO exciting–the colors, the pace, the smells. One highlight of the trip was visiting a rug factory where some of the luxury rug companies that you might be familiar with are made. They showed us how they dyed the yarns and how they turned those yarns into the intricate weavings that become full rugs. Women and men sat atop scaffolding that can lift them higher or lower depending on the size of the rug. 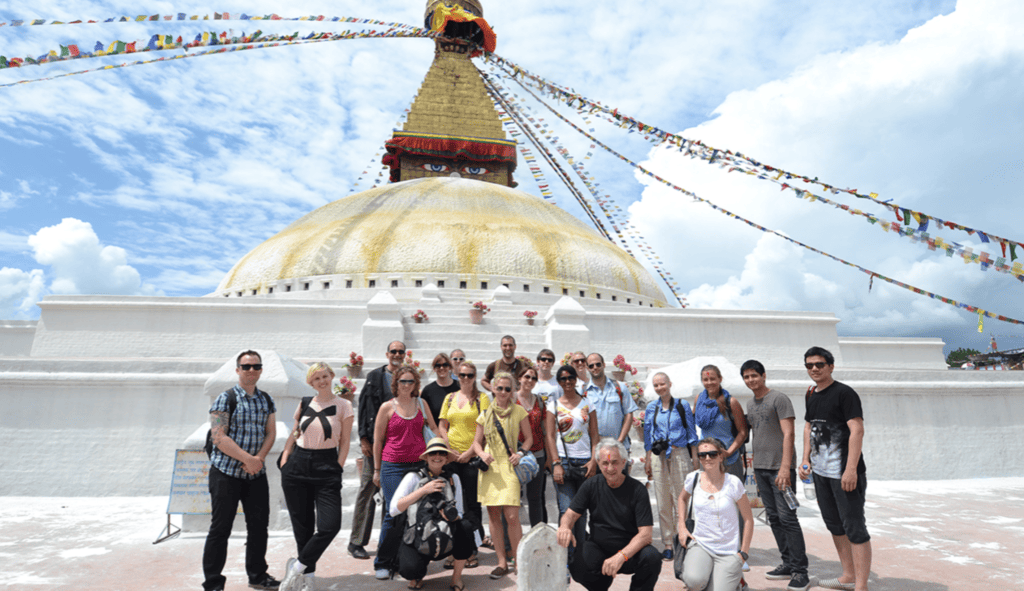 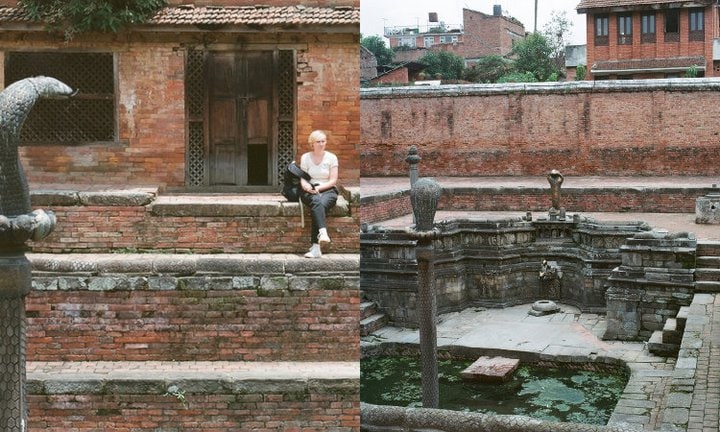 What I found most interesting of this factory visit was how the children would gather in the work space after they were done with school. Sometimes they would sit right next to the parent. My memory is now fuzzy, but I want to say that I recall someone nursing their baby while working. As one who currently works from home and nurses her 7 month old baby, it feels like a privilege, but also super complex. But that’s a story I want to dive into at a later date. 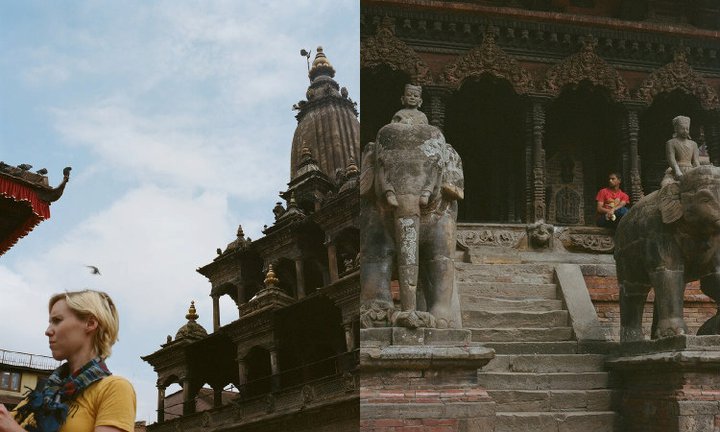 As you might know, over the years I continued to work on The House That Lars Built, the blog I had started in 2008 for graduate school (you can read more about it here). It has grown into a multi-person company where we encourage people to make things with their hands. We believe that there is a project and a time frame for every person because making something with your hands has the power to transform your well-being. And when you get in touch with your hands you tap into your soul, which is very powerful connector to your identity and culture.

Knowing this, and witnessing first hand how important the handmade economy is around the globe and even more so now than it was 10 years ago, I’ve found an organization that I have invested time and money into and will now be working with as an official advisory board member: Nest, a non-profit that supports women makers in the handmade economy.

Nest and the handmade economy

I became familiar with Nest a couple of years ago when we joined in on their 25 days of Making. Later that year we worked with 18b to donate profits from our shops for Giving Tuesday, which continued to last year. Most recently, we shared how they’ve been involved with helping some of the quilt makers from Gee’s Bend put their beautiful work onto their new Etsy shops.

As an advisory board member, I wholeheartedly support the organization in the fulfillment of its mission, vision, and strategy. I will be sharing more about the organization next week and an exciting project we are working on together. Stay tuned!

In the meantime, you can read more about our partnership and learn how to donate here.

These DIY paper hollyhocks are part of my ongoing home upgrade. As I've mentioned before on the blog, I've been doing a lot of...
Read more

My ideal Halloween is playfully spooky, crafty, and (above all) easy, and there's no such thing as too many easy Halloween ideas. If you're...
Read more
Entrepreneurship

My new board member role at Nest: Part 2

Artisans in Afghanistan I'm sure I'm not alone when I say how heartbroken I've been over what's been happening in Afghanistan lately. As soon as...
Read more
Education

My Body Needs a Vegetable! Easy Recipes For the Cooking-Averse

You know how some "easy recipes" are actually ridiculously complex? 🙄 Um, excuse me. I'm looking for low effort, high reward meals, so I...
Read more
accessories

Our new collection of cell phone cases! (and discount code)