On finding originality in the digital age 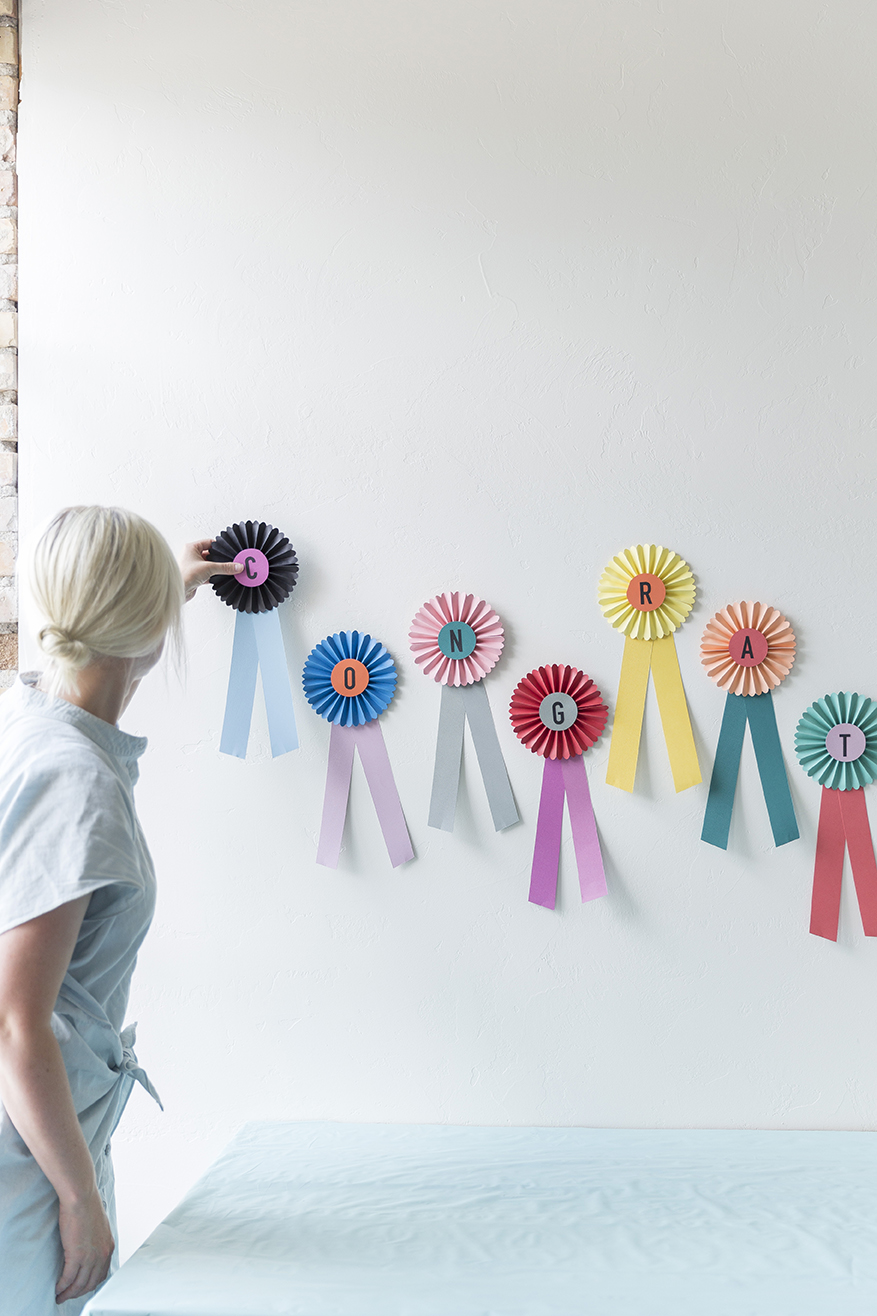 For many of us, an online presence can be a jumping stone to tremendous opportunities. I’d say I owe 98% of my career to the tools and community I’ve found online. I’ve developed partnerships with companies I never thought possible and I’ve made friends with people I never would have met otherwise. No longer do you have to live in NYC or LA to do creative things professionally. It’s a uniquely accessible and exciting time.

In my case, having an online presence was my only networking option while I was living in Denmark, where I couldn’t work for a year as my immigration papers were waiting for finalization. It was difficult to make friends and network. While I was waiting for the ok, I decided to spend my time on this here blog, sharing tutorials about this and that and about life in Copenhagen. Because the Internet is still a relatively new place, the question then becomes, how do you establish your identity online? Are there rules? How do you portray who you are? What’s the proper way to be influenced by other people’s work?

Another unique factor in the digital age is new is the amount of “experts” and their motivations for being so. There are a lot of people with great intentions and others wanting to make money (fair enough) or wanting to become famous. I think the quality of what is put out can become diluted and sometimes, it’s easy to become confused on what your identity is and what type of work you should be producing because you look to those who are successful* and attempt to do the same thing. Or perhaps you’re just truly inspired by someone because you gravitate to their aesthetic. It’s so easy to do when you’re inundated with their pictures on Instagram, Snapchat, Facebook, Twitter, blog, Pinterest, etc. It becomes engrained in your brain.

Here’s the weird part about this online world of ours. We have all these devices that we can take with us to the bathroom, the bedroom, the car…everywhere we go! These images and words from the people we follow become a part of us. The lines between reality and online become blurred. Sometimes it’s easy to confuse a conversation with an in person friend with an episode of The Bachelor (wait, just me?!).

Because it’s my job to create I’m constantly on the look out for new inspiration and potential projects. I might scroll through Pinterest, be struck by an image, keep it in the Creative Closet section of my brain, then come back to it months later thinking that it was me who created the idea. Guys, this has happened! Inception is real!

For example, a couple of years ago I was hit by a stroke of creative lightning. I was trying to come up with a clever Halloween costume idea for me and Paul and finally it hit me: we were going to be Copenhagen row houses! I thought I was SO clever. I knew exactly how I was going to make them, what materials I’d use, etc. I got to constructing the houses out of cardboard, painted them and then mid-way through it all began to look familiar to me. Wait, how do I know this…it’s is from Merrilee’s book! I had help style Merrilee Liddiard’s kid’s craft book, Playful, and she made a dollhouse out of cardboard. The houses I had just made were nearly identical to hers. No wonder the “idea” came to me so easily! I ended up posting about it here and citing Merrilee as my inspiration. In fact, whenever I’m clearly influenced by someone’s work, I always note the inspiration. 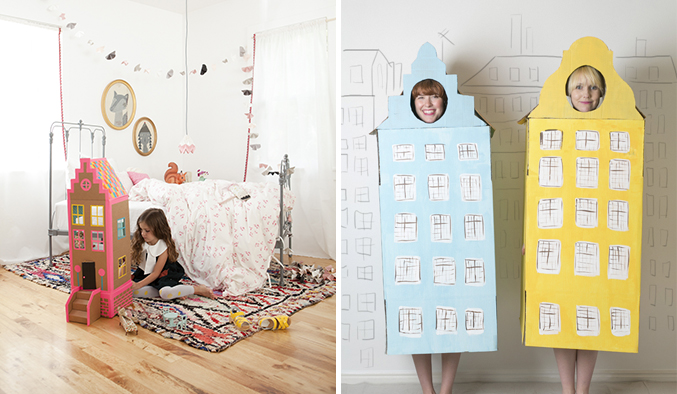 I’ve talked to a number of creatives who have had similar experiences. It’s common because it’s so accessible to see and experience beautiful work and people who are “successful” with it…there’s sometimes a voice within us that wants a piece of that action. I don’t think it’s a bad thing to be inspired by other people’s work at all, it’s just a matter of what we do with that inspiration.

You see, there’s a wrong and a right way to be inspired by someone’s work. The wrong way is to copy someone’s work and/or identity. Even though it may not officially be an infringement of the copyright law, if you are referencing someone’s work directly in your own work, that is copying. If you are unsure about the limits of copying, you are too close. You may find great success with your work and you may even rationalize your work by saying you’re doing a better job at it than the originator, which could very well be true, but it’s copying and it’s wrong. Ultimately, you will not find artistic fulfillment.

How do you know if you’re copying? If you’re looking at one person’s work over and over and using that as your “inspiration”, that’s a good warning sign. But what about trends? Yes, there are general trends that many people latch onto, and that’s totally ok and great and even smart, but if you find that you’re “inspired” by the same person’s work or a group of people’s work and over and over and each project you do is inspired by a different part of the same person’s work, that’s copying and possibly identity theft and I’d be worried that you’re not developing your own identity as an artist.

The right way is to be inspired by a person’s qualities and in my field, possibly their aesthetics. (But to beat a dead horse, it’s not ok to copy those aesthetics.) Maybe you are inspired by the floral trend. Great! Work on some florals! Sit in a field or go to a nursery or order some flowers. Draw them from real life! Maybe you’re inspired by a certain calligraphy technique. Great! Work at it and apply flourishes in new ways. Maybe you copy your favorite artists and designers while you’re practicing, and that’s very smart to learn from the best, but it cannot become your life’s oeuvre. It’s not what YOU will be known for and if you do become known for it, eeeek. Ultimately, the most successful artists and designers are known for creating their own aesthetic.

There’s also a way to use someone’s work and path as a model for your own. You might see someone’s business model as an applicable one for you, but the way you achieve it is totally different and because at this point you have your own visual identity, then it’s not a problem at all!

You owe it to yourself to explore your own creative identity. That might mean taking some time to really get to know yourself. It might mean days, weeks, months, years. You may think you can’t afford to take that time. Choose to invest time into your own creative growth and development. You might find that you develop something even cooler than you could have thought. And you will be so proud of yourself.

The world has new options for those who can’t make the move to a traditional creative center or who haven’t had a voice to do so. And Hallelujah for that, huh?! It’s freeing and wonderful. Now the question is, what are we going to do with this accessibility? My answer is to get trained, work hard, explore within ourselves, make GOOD WORK!

* Success means something different to everyone, I realize. Here it could be making lots of money and or being well known.