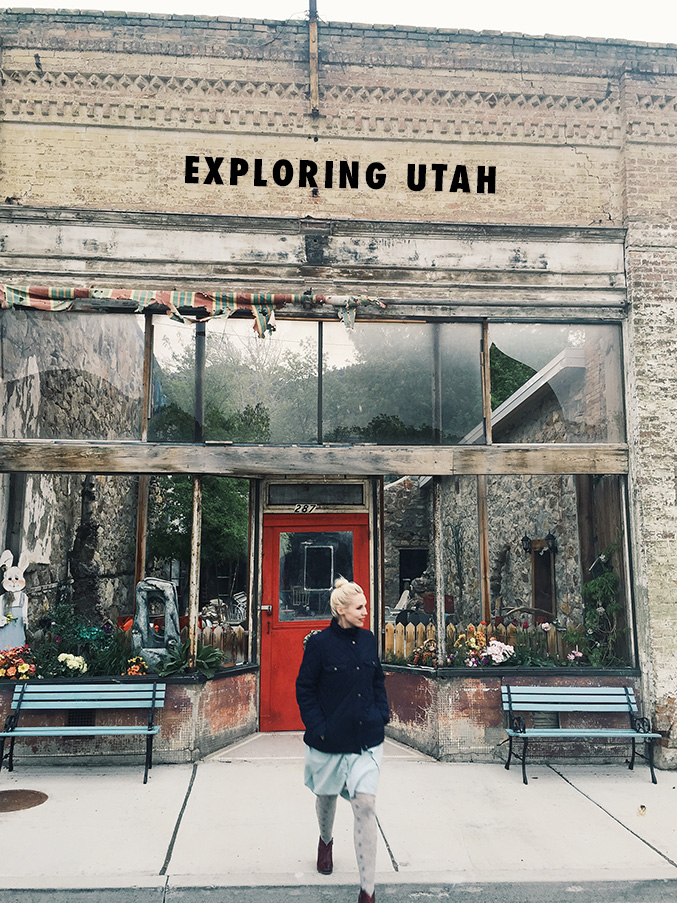 As I mentioned on Tuesday, I’m not a social planner. Nope. Not one bit. Caitlin, my sister who is in town for a project I was working on (can’t wait to show you the results!), got the social planning genes of the family. When she lived in Utah she would explore the towns and terrain, oftentimes by herself. She knows restaurants, thrift shops, events. Pretty much, I should hire her to plan my life. So, while she’s been here we’ve been taking outings to go explore this place we now call home. I’d say we’ve seen more in the past few days than we have in the full two years we’ve been here.

On Memorial Day we decided to try and find some ghost towns, which I had no idea existed here in Utah. My only experience was visiting Calico in California growing up, and that is heavily commercialized, or at least it was at the time. Our first stop was Lark, Utah, a mining town that was abandoned in the seventies. We looked and looked and after awhile finally realized that it no longer exists. Beautiful. So, we checked out the local Copperton cemetery (it was Memorial Day after all) and Copperton town, which is still an active city for the local mine. The town is perfectly organized and well kept. The impeccable central park was full of people bbq’ing and playing kubb, the Scandinavian game, which apparently has traveled far. 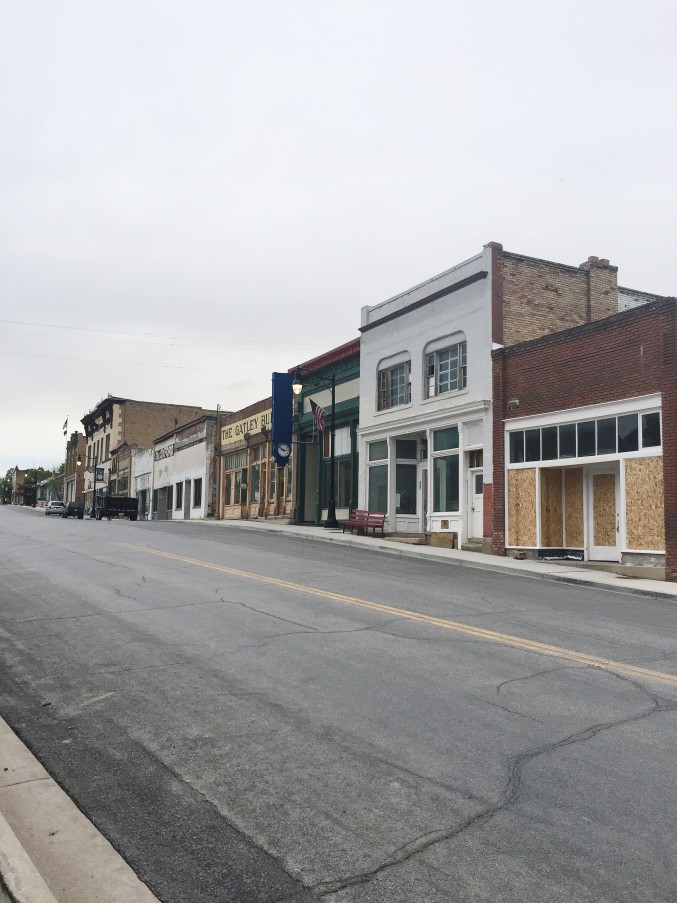 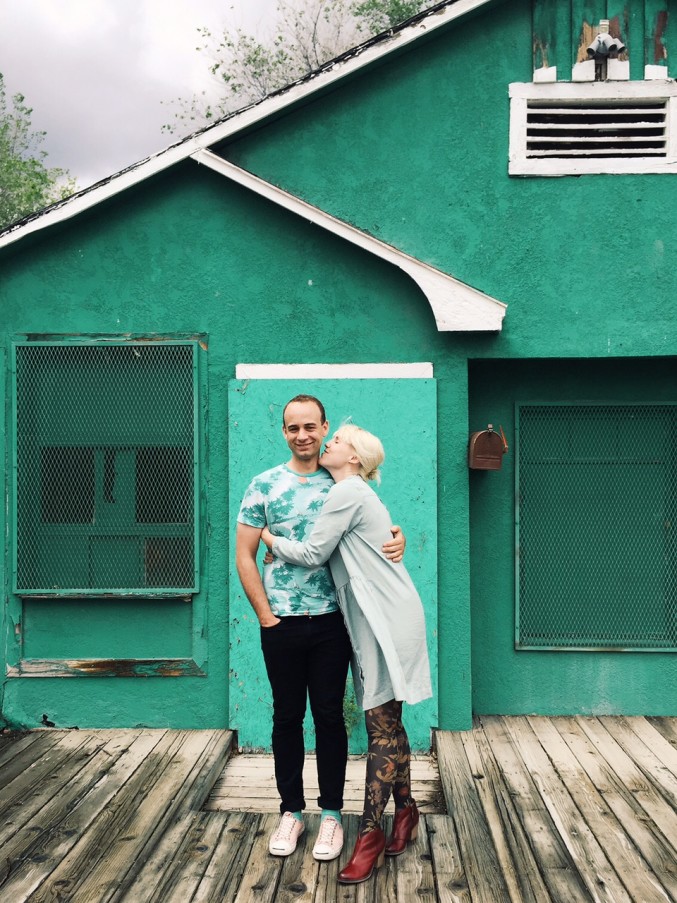 Last night after work, we took off for Eureka, formerly called Ruby Hollow, which is about a 45 minute drive from Provo. So close! Eureka is an active city, and a former wealthy gold and silver mining town, home to the second ever JCPenney, but you would never know that today by looking at the town as much of it is now abandoned. It’s not quite ghost towny but it feels like it could be a great movie set for one. I noticed a few active shops in the abandoned section including a general store and a gun shop. 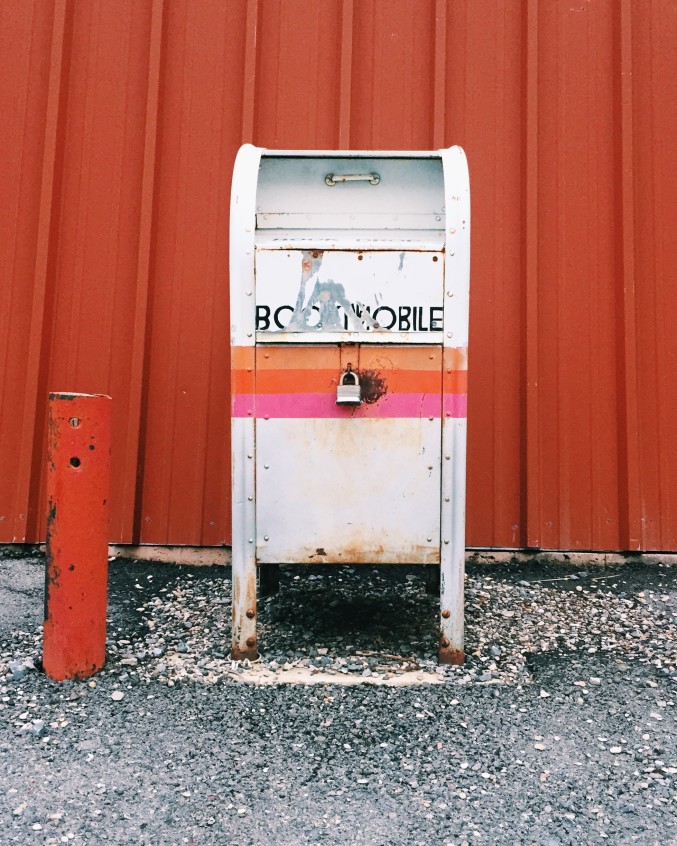 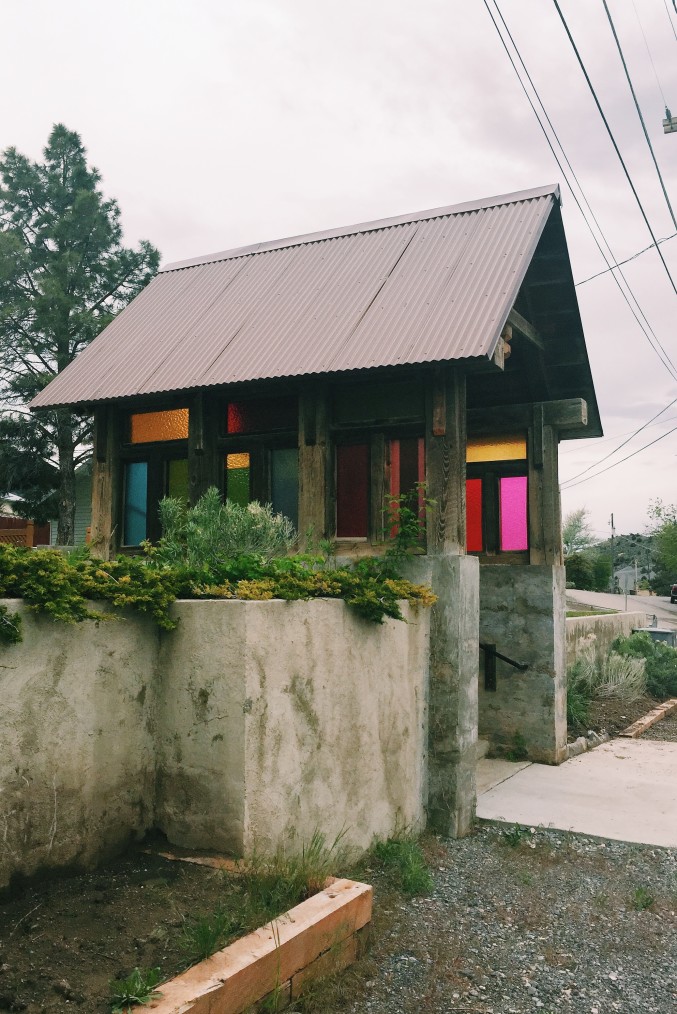 This church looked like it was recently renovated, and is still currently under construction. I loved the large panel colorful stained glass. Yes, Brooklyn may have Tom Fruin’s stained glass house, but Eureka, Utah can hold its own. 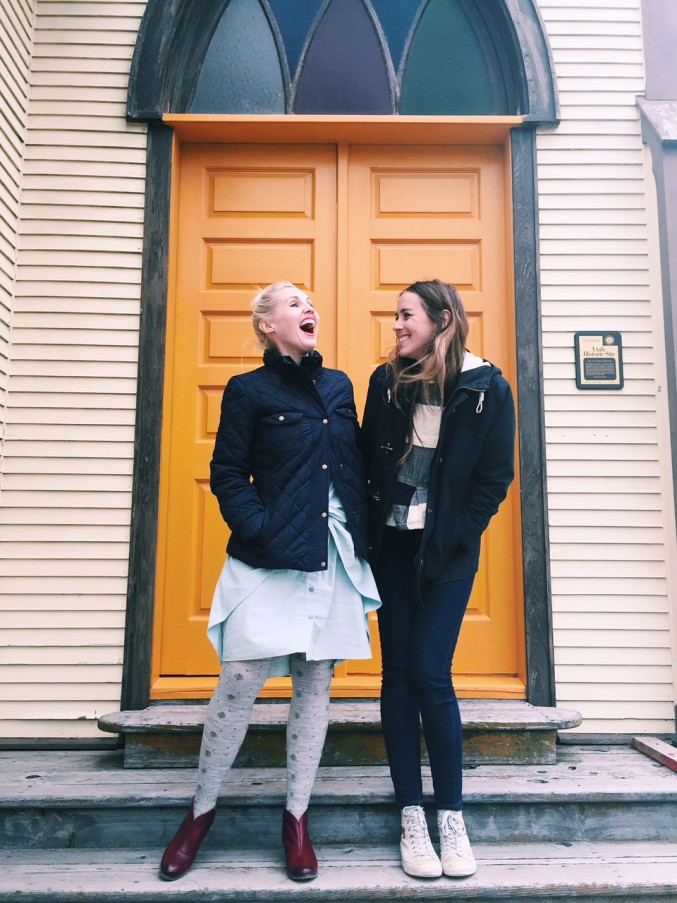 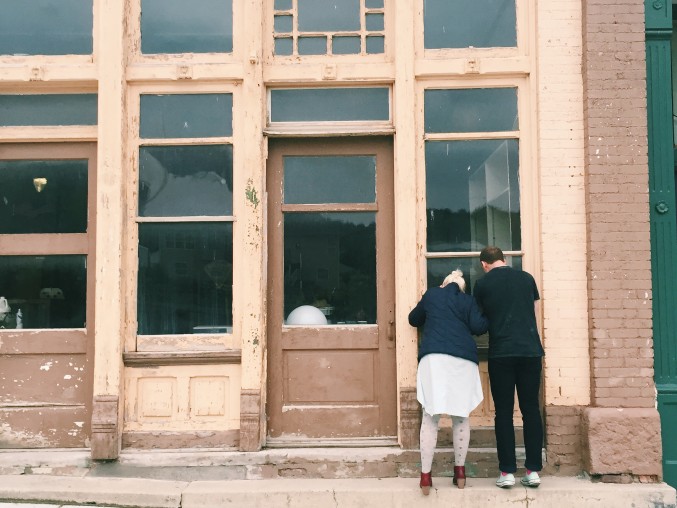 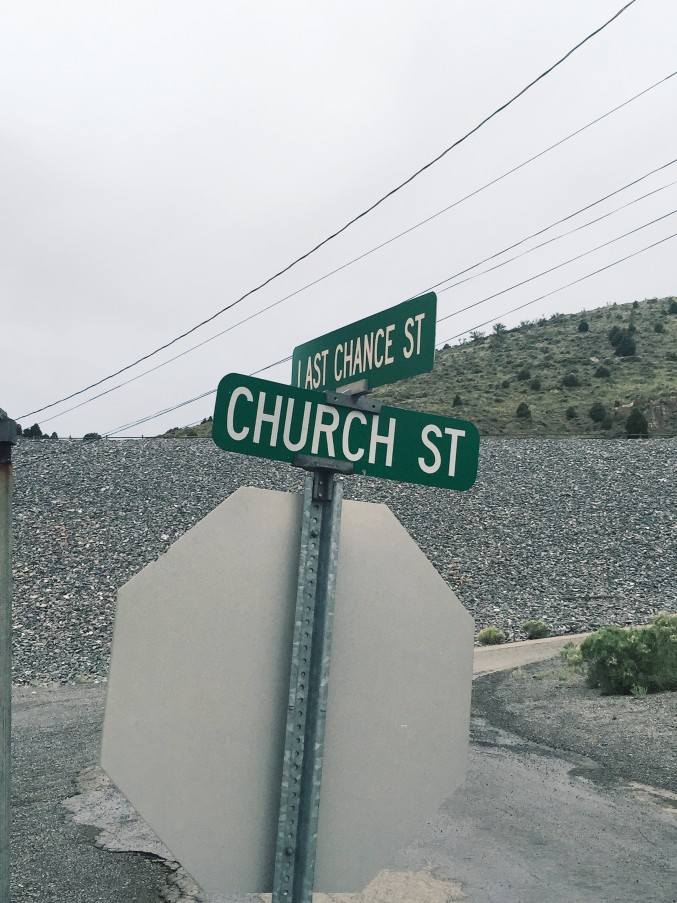 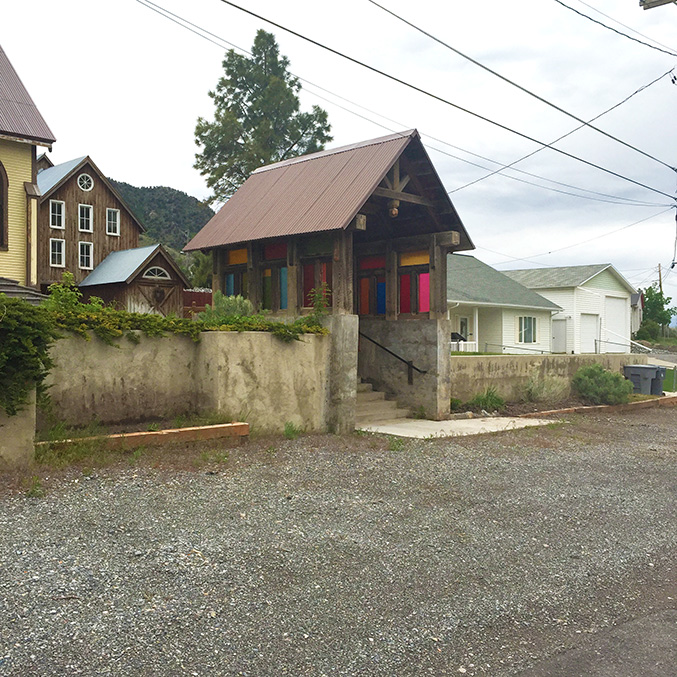 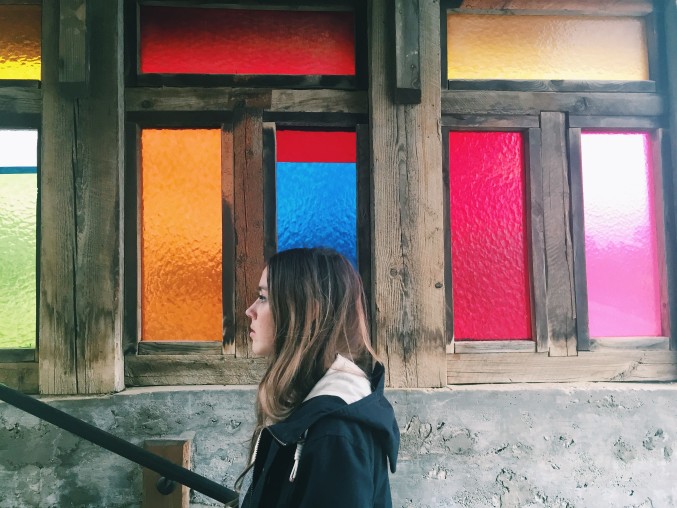 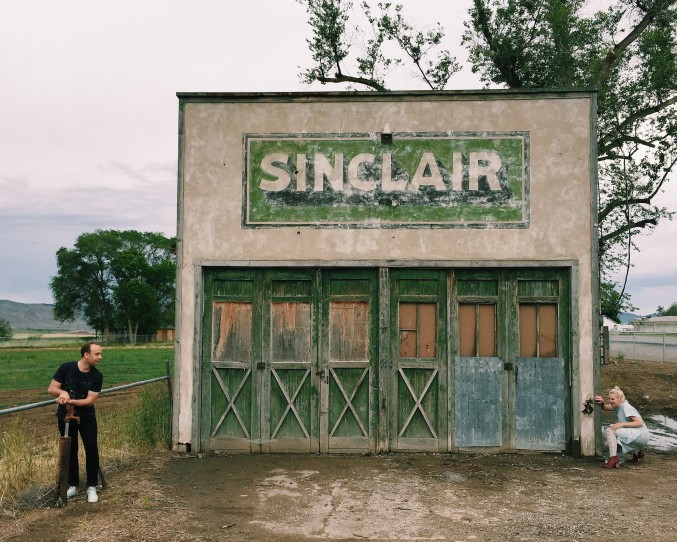 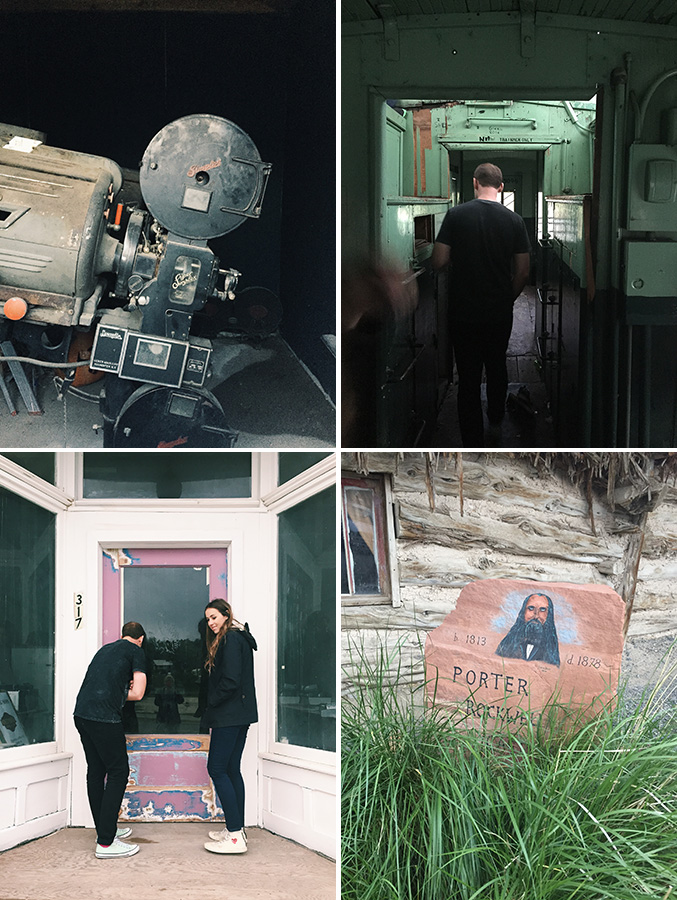 A little bit of Mormon history, Porter Rockwell was the bodyguard to Joseph Smith and Brigham Young. He was known as the destroying angel. His cabin was brought the Eureka from the Salt Lake Area because his wife later lived here.

Loved this old Levi’s ad below: “A new pair free if they RIP”. The clever RIP and rip use of words was not lost. I’d be interested in finding out what a “two horse brand” means. 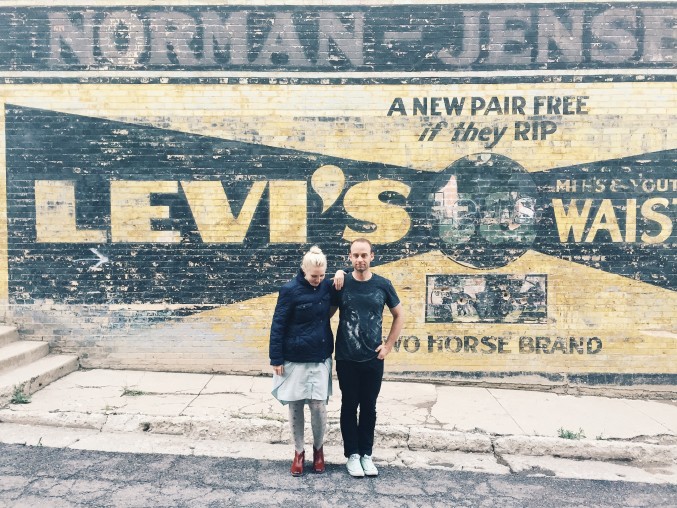 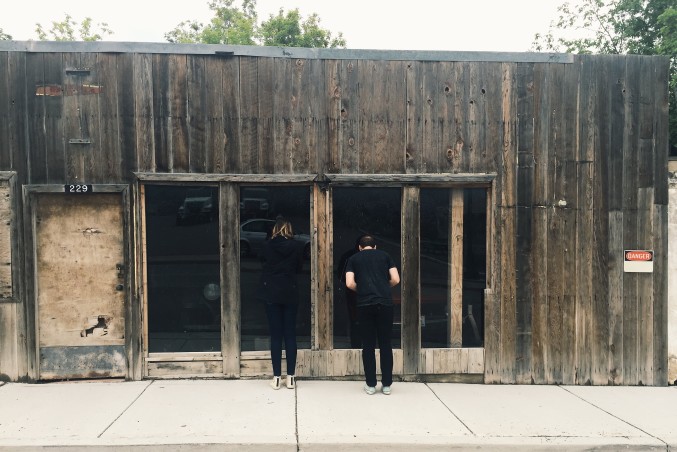 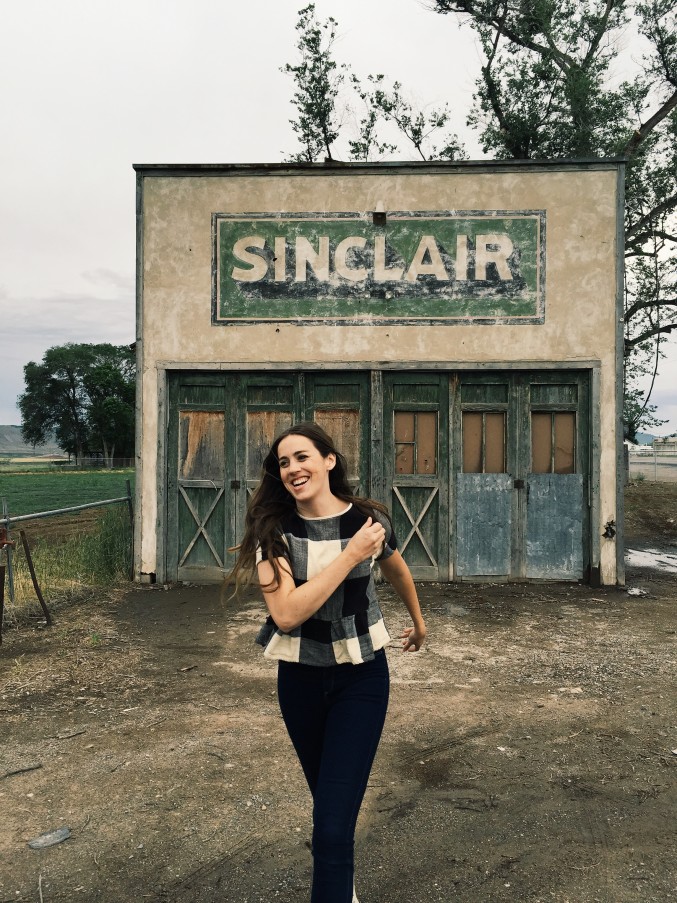 The mining district and current school district is called Tintic, which was the financial district for the nearby counties. 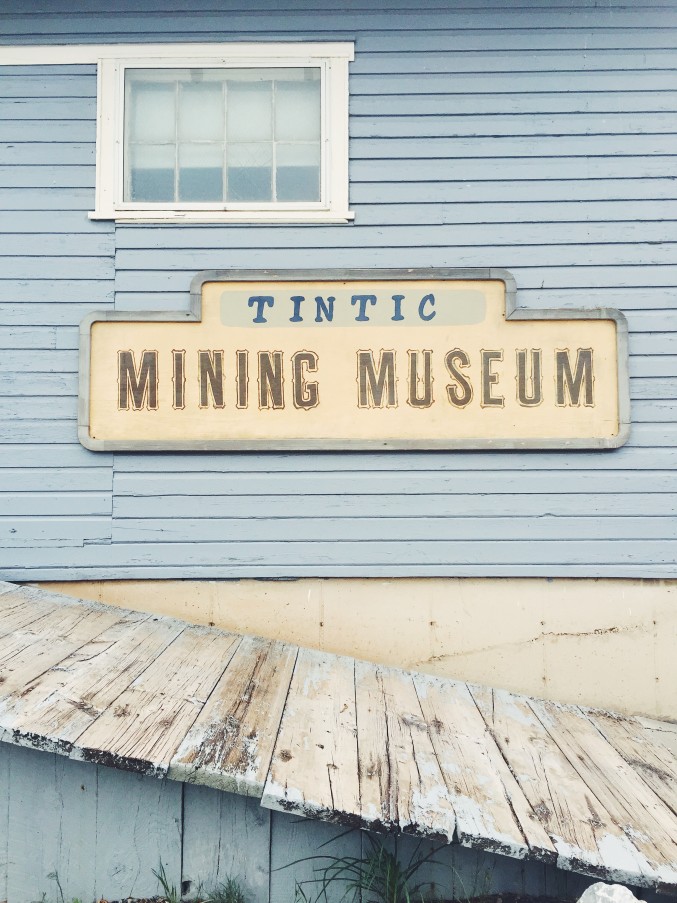 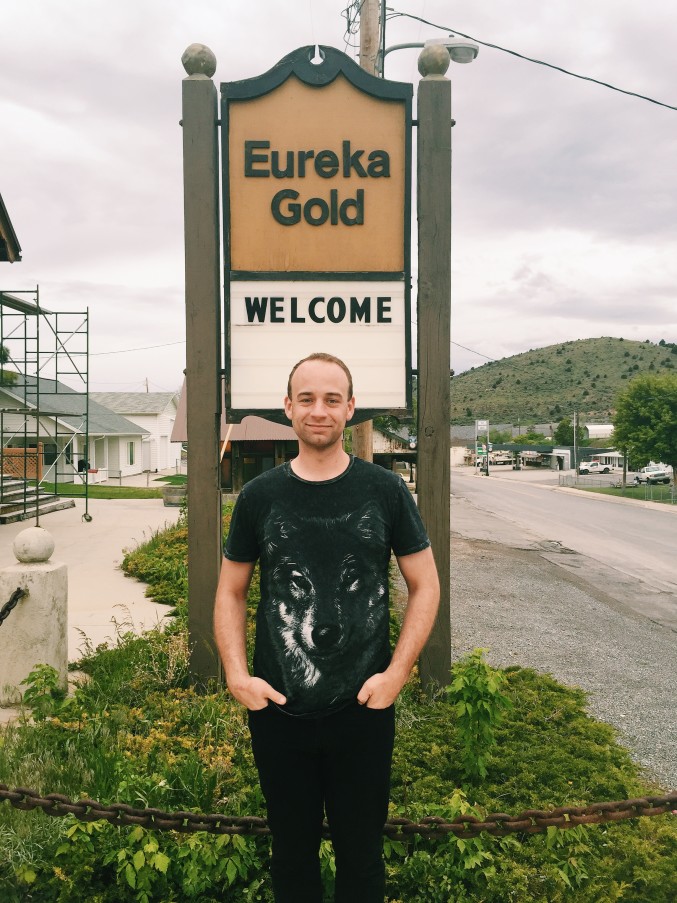 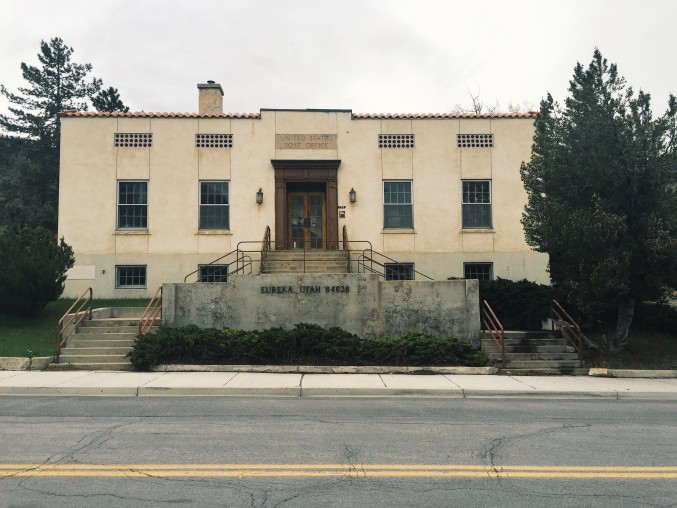 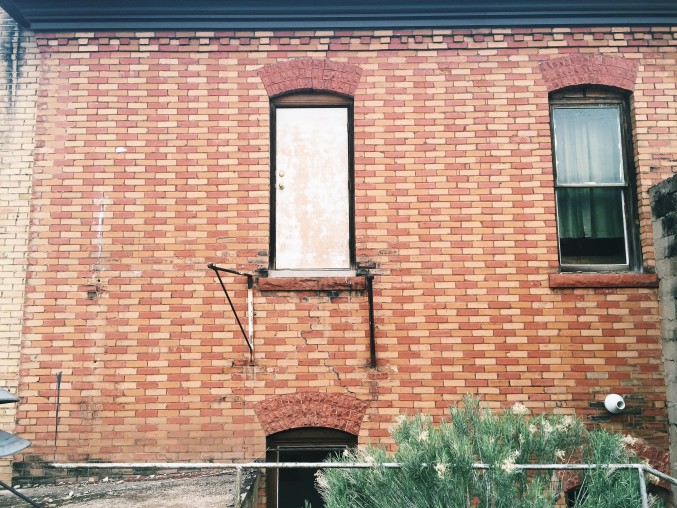 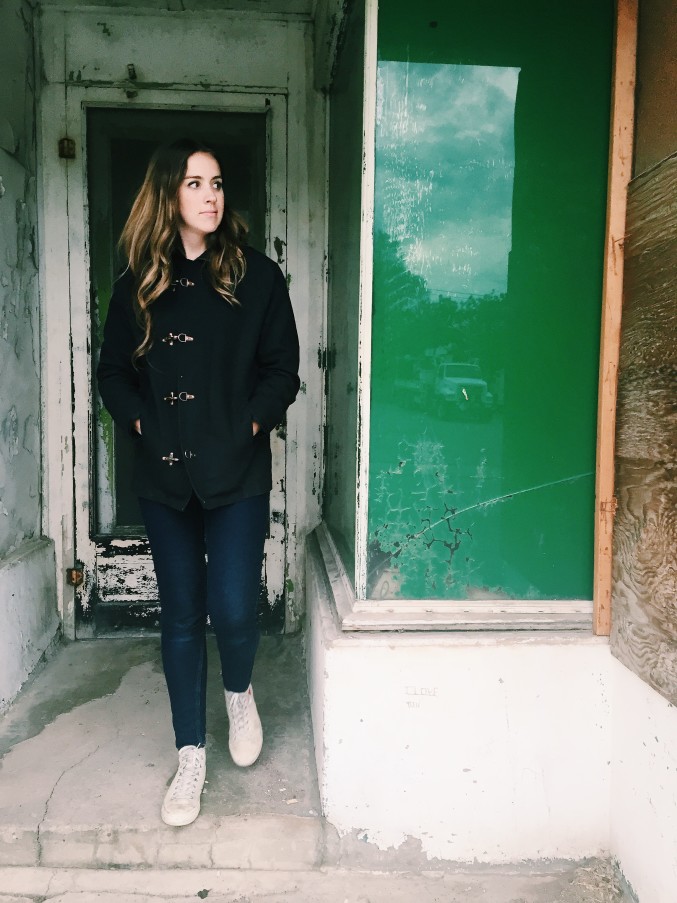 This is one of my favorite parts of what we saw. Caitlin said that last time she visited a few years ago, the roof to this building was caved in. It appears that they have since removed the roof, and added lots of tables and chairs. In my heart it’s for an outdoor eating area, but I don’t know if it’s really useable or just for show. They’ve added flowers in the front windows. Agh! So clever. It reminds me of a fun happening you’d find in Berlin or something. 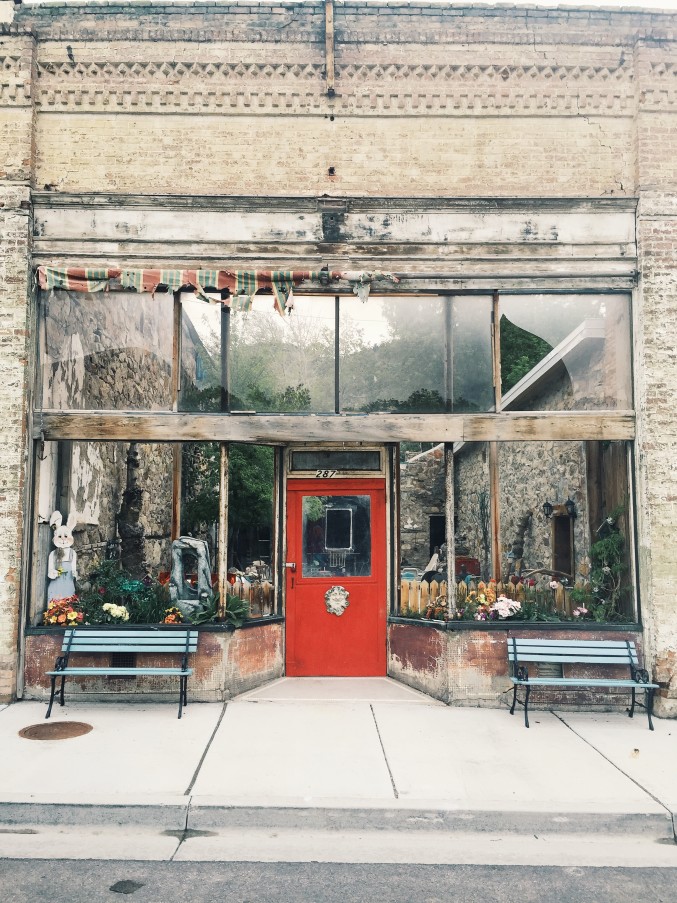 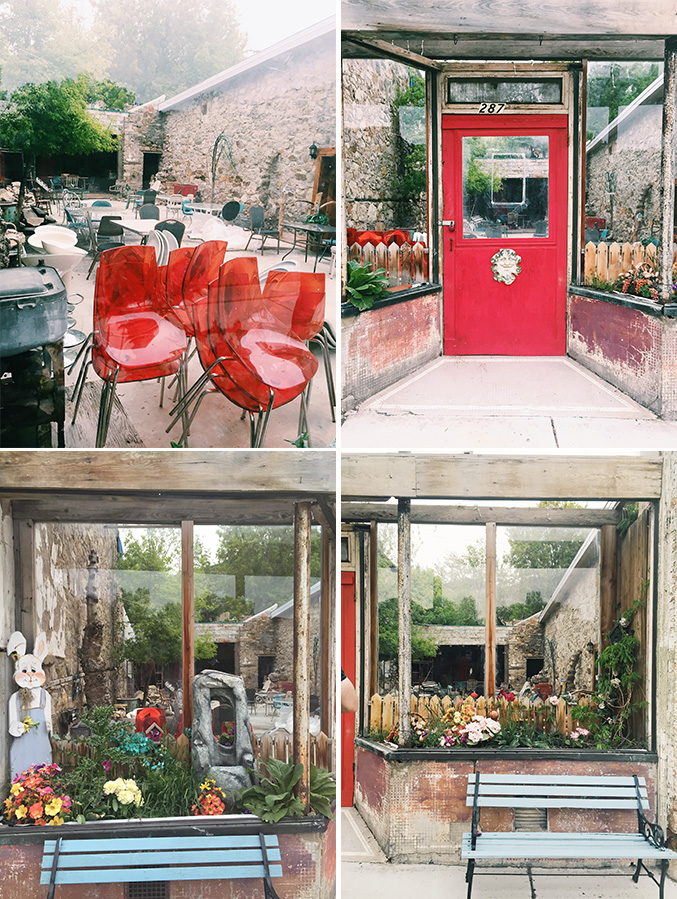 Last time, Caitlin visited a thrift store, but it appears to no longer exist, just the items. There were some display shelves that I would love to get my hands on someday. 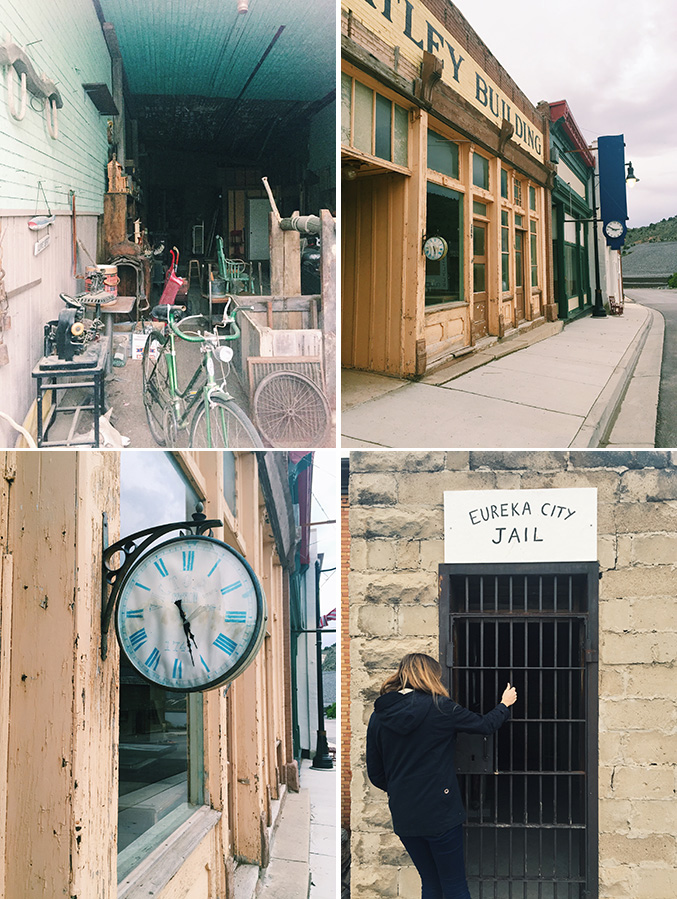 It was about 8pm when we trekked through a train car and stumbled upon two teenage girls sitting cozy up in the window. It appeared to be their local hang out. I hope one of them becomes a great writer and documents their memoir in this city. 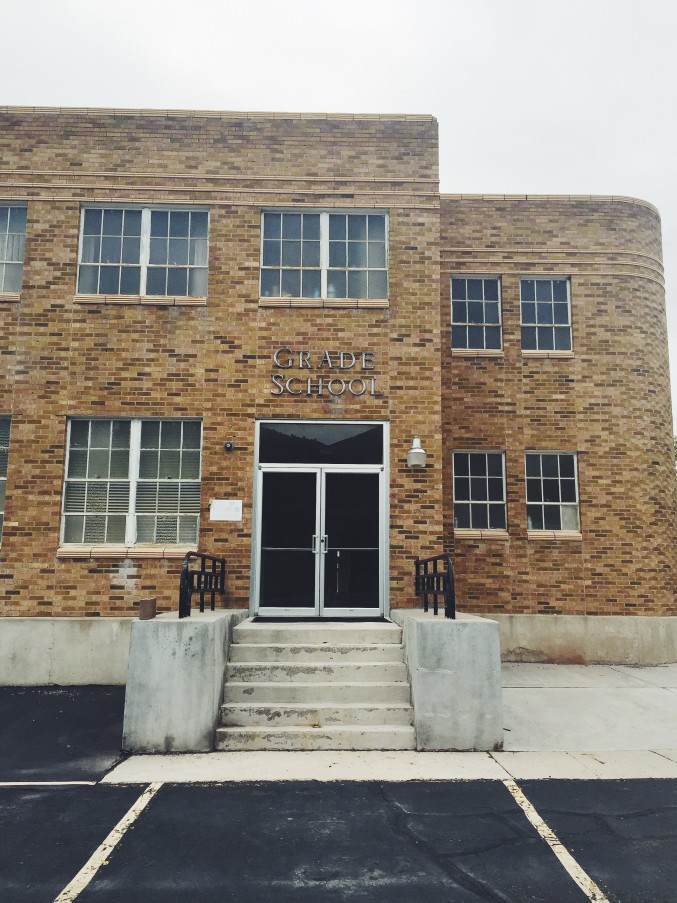 The name does the job. 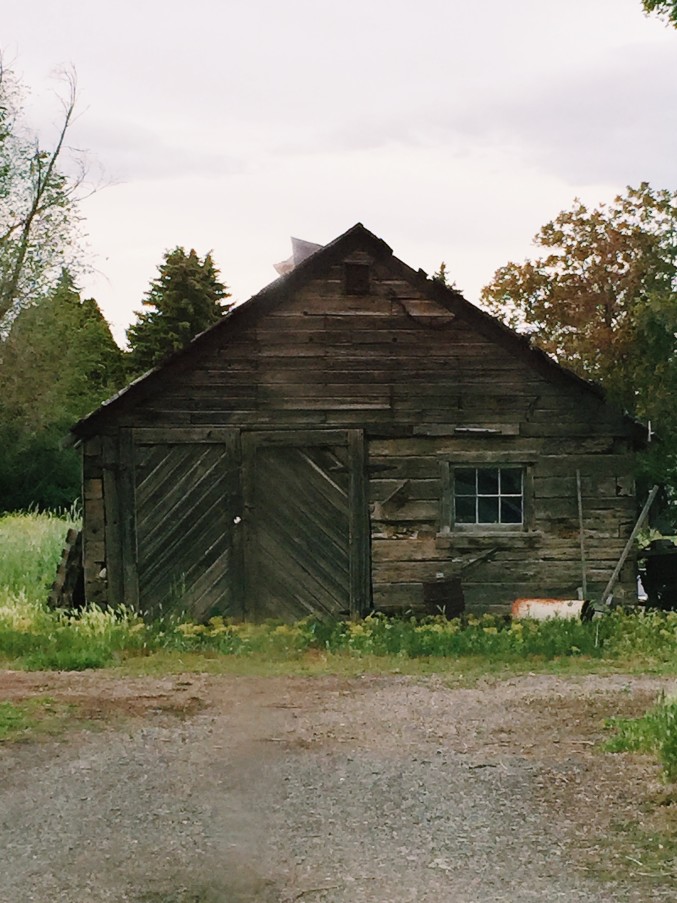 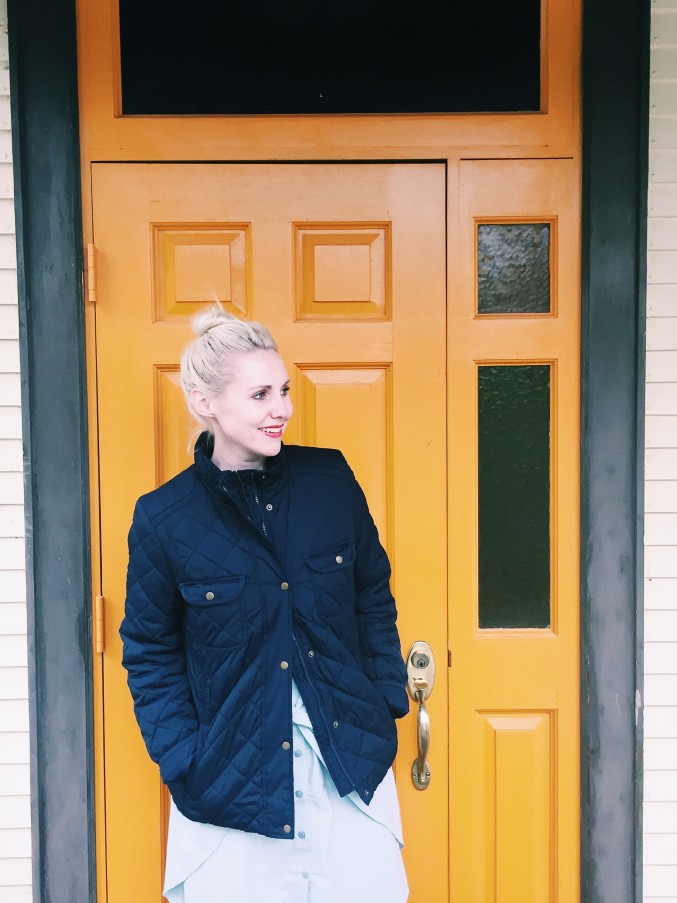 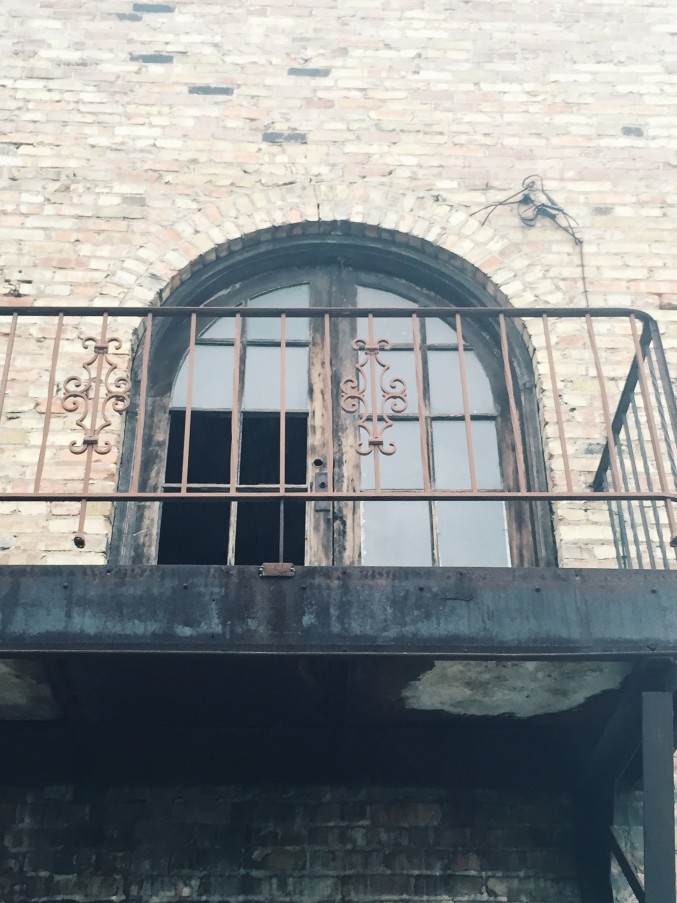 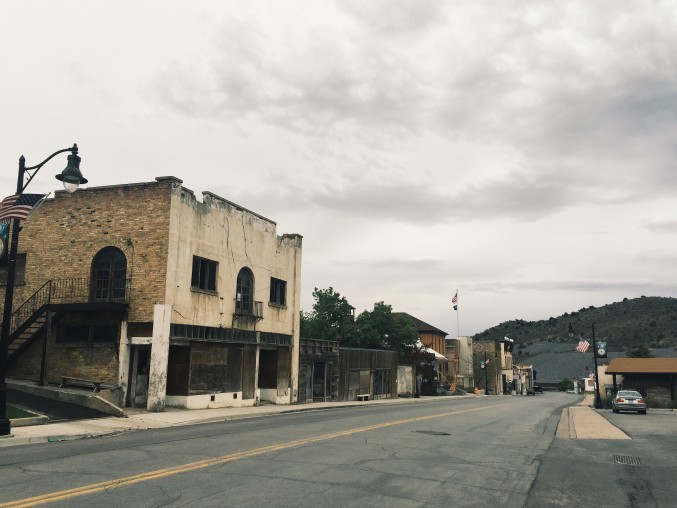