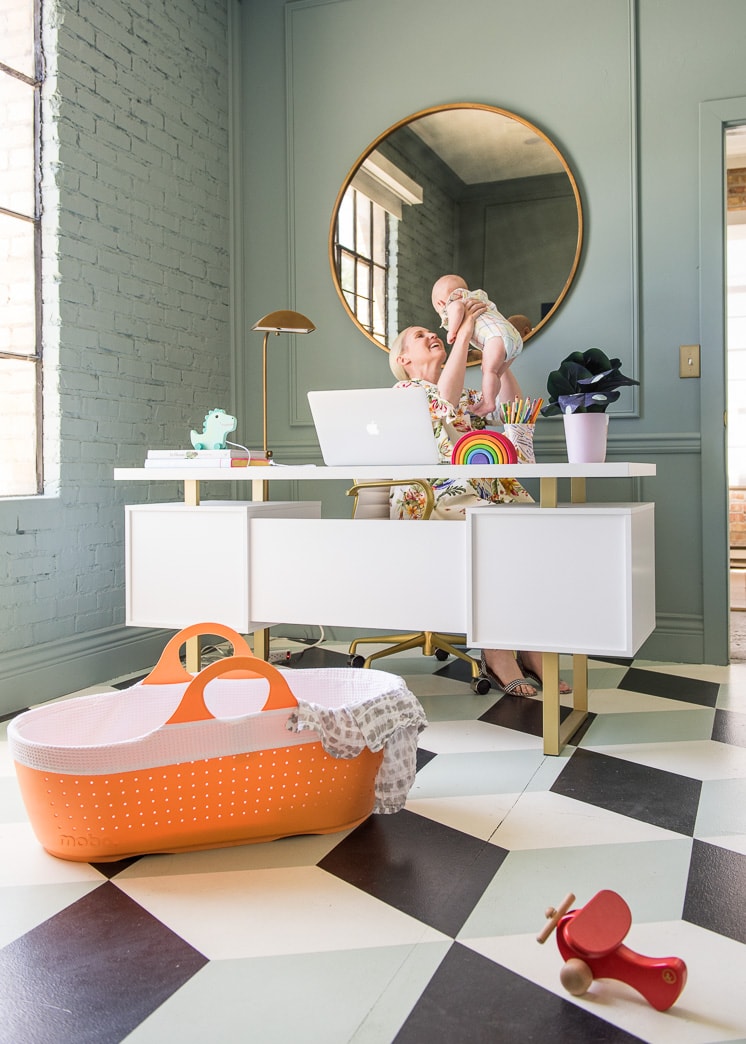 Pour myself a cup of ambition

“Tumble outta bed and stumble to the kitchen
Pour myself a cup of ambition
Yawn and stretch and try to come to life”,
sings the lovely Dolly Parton in one of my favorite songs of hers, 9 to 5.

Lately, my cups of ambition have been replaced with cups of survival (and if I was a caffeine girl I’d be pouring lots of those sips too). But, in between all day nursing sessions, writing emails with Felix–four months–strapped to my body, or late night HR queries I’ve been thinking about the word AMBITION.

You know the one 😉

Naturally, I’ve always been ambitious starting from when I was young, though I didn’t always know what I was ambitious for. I was always a really good student, but I think the achievement of excellent grades was more to reach a standard of perfection rather than a specific outcome. Of course I knew, or at least I was taught, that excellent grades meant getting into a great college and lead to a better future and I was all about riding that train. I wanted to make something excellent with my life, whatever that was.

That drive wasn’t necessarily instilled in me by anyone in particular. In fact, my algebra teacher once asked me if my parents were forcing me to get certain grades, no doubt expecting them to be academic tyrants. It might have appeared that way because I would always spend hours trying to figure out equations. On the contrary, my parents were not strict at all and didn’t really push me–they didn’t need to. Math didn’t come easily to me so I worked at it. There was something nice about knowing there was a right answer–I just needed to figure out the best way to get there. It’s probably shocking to anyone who knows me now because I’ve pretty much given up on anything math-related.

In college I remember hearing a lecture about ambition described as a negative thing. This was news to me. I don’t remember too much about the details of that lecture other than feeling that something didn’t sit right. I didn’t buy it. But that’s kind of a motto for my life I suppose–figuring out where I personally sit with what I’m taught and then going for it.

As I mentioned, I didn’t always know what I was ambitious for so just kind of worked hard and acted upon the opportunities that came my way. I realize the immense privilege that comes with this statement–the fact that there ARE opportunities is something I’m grateful for. For example, I specifically joined the Orange County Junior Orchestra in middle school because they had announced that they would be touring France and England the following summer. I had been babysitting and saving my money since I was ten so I had amassed a tiny fortune (for me anyway 😉 and used it to go. We got to perform IN Monet’s Gardens at Giverny and in front of the Eiffel Towel and in places that I’m still shocked about now (I mean, how did they get the permits to do that?!?!). As you might imagine, the trip was absolutely transformative and informs a lot of who I am and how I see the world today.

Well, as I’ve gotten older and become more exhausted/burned out in my hustling, I’ve started to realize the necessity of being ambitious FOR something. For one thing, I’ve learned that I’m not motivated only by money. If I was I’d definitely be doing something else with my life. Of course I’m motivated to build my business, pay my employees, support my family, and design the house of my dreams, etc., but the main reason I run Lars isn’t for that reason.

What are your motivations?

Additionally, though I’m sure I’d have to do more self reflection on the matter and I’m sure it’s not always the case, I’ve learned that I’m not motivated by the approval of others. I’ve gotten to a point where I feel comfortable owning my own choices and I don’t feel too much pressure to perform for others, whether it’s to make it look like I’m cooler than I am, richer than I am, more beautiful than I am. I’m quite fine with not being the best at all things all the time. Why? Because 1) there’s no such thing as being perfect 2) it’s really boring to be perfect 3) it’s too much upkeep to maintain a certain image that doesn’t really exist, you know?

A few years ago I decided that work is much more fulfilling when it’s attached to a purpose. I know that’s so millennial of me. My mission, our mission, for Lars is to 1) encourage people to work with their hands and 2) to live an artful life. Because when you work with your hands you live a better life and when you do it artfully, it’s intentional.

When I view it through this lens, it’s much easier to not resent work, which is something I have struggle with in the past including as recently as when I was pregnant last year. Anyone else feel super unmotivated and unambitious during pregnancy? Oooo, it’s bad for me!

Now that I have an infant and toddler, my ambition continues, but there’s less time and mental capacity. I’ll admit that sometimes I’ll have literally dozens of ideas of how I want to grow Lars and I’m only capable of working one to two hours a day, which is not super conducive to growing a thriving business (and that doesn’t mean I’m not thinking about it ALL day long–I just can’t implement it as efficiently as I had been). It’s been a point of frustration for me, and probably my team though I haven’t asked them directly and they probably wouldn’t verbalize it even if it was true.

Of course, I realize that childhood is short and I want to take advantage of my time with my children, but that’s not what I’m talking about here. For me, this isn’t an issue of motherhood versus work. It’s also not a “women can do it all” speech. Every woman is different and every situation is different, but I do believe my personal and professional missions can continue just as strong, but just reframed.

How? I’ve worked for years to get Lars to a point where I can have others join me and now I have a great team who I’ve had to rely on more than ever. I feel very lucky to have them and know that they also believe in propelling the mission. They’re not attaching themselves to ME but our MISSION and those are very different things.

SO! Here I am, literally writing this essay while holding a pacifier in my infant’s mouth hoping that he stays asleep for another ten minutes so I can finish this up and pick up Jasper from the babysitter. My ambition isn’t what it used to be because I’m not what I used to be. And perhaps it’s even better that way. I continue to dream and work towards my dreams. They’re different and I’m just working at recognizing the beauty in it all.

I’d love to hear your thoughts. What motivates YOU? Is ambition a bad word? Tell me!