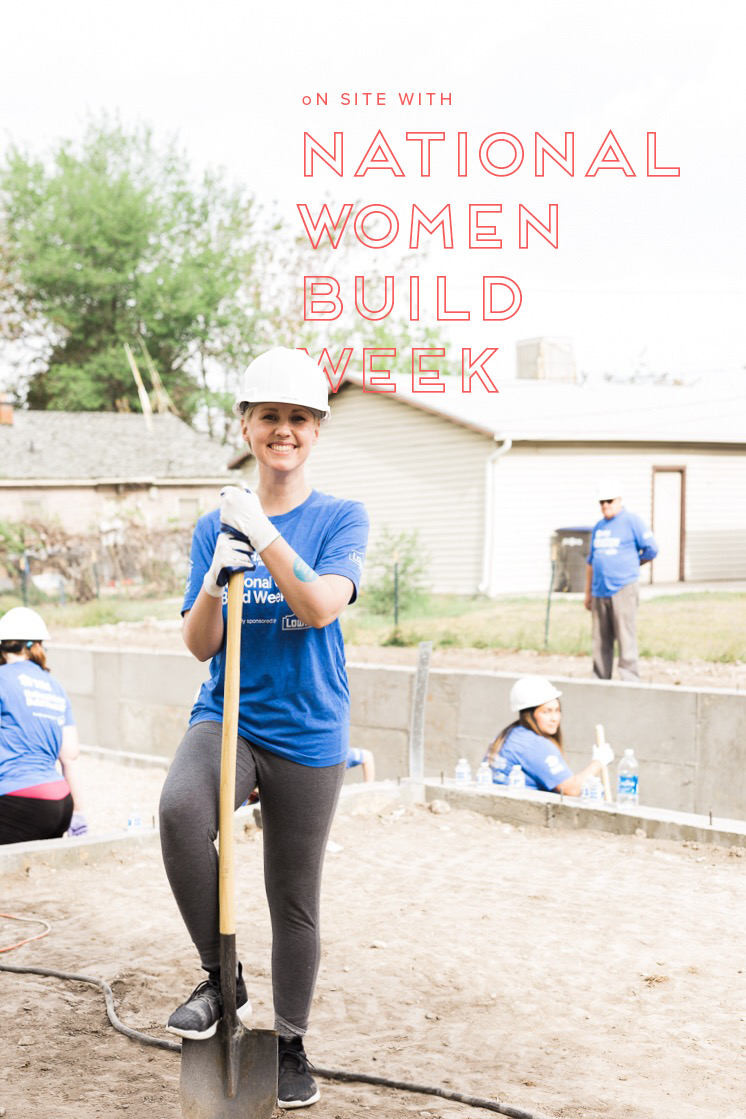 I had the wonderful privilege to join Lowe’s and their local Lowe’s Heroes volunteers to participate in a local build with Habitat for Humanity for National Women Build Week for their 10th year, right here in Provo, Utah on Saturday. I didn’t know just how much of an honor it was until I arrived and realized how sought after these participant slots were! People have been involved for years and look forward to this all-women build for months!

Part of the reason it’s so special is because of the nature of the organizations involved. As you know, there is great power and strength when women join together to make a positive impact–you could feel it in the air. In fact, there were more than 17,000 women volunteering on build sites in 300+ communities around the country this week, between May 6 to the 14th. I admire a company whose aim is to empower women to take action, learn construction skills, and tackle the issue of affordable housing in their community and once again, I was so happy I got to be a part of it. Lowe’s even offered how-to clinics where women could learn construction skills ahead of time, which definitely would have been a great help to me. I need it! I mean, I can paper craft up a storm, but power tools still scare the living daylights out of me.

If you’re unfamiliar, Habitat for Humanity aims to provide affordable housing to local families in need. A common misconception is that they give away houses, but after talking with Kim, the soon-to-be-owner, this is far from the truth. It’s basically a non-conventional way of becoming a homeowner and generally reserved for those whose income, for some reason or another, is between 30-50% of the area’s median income. In Kim’s case, she’s a single mother of 3 (with a daughter named Brittany 😉 who has an Multiple Sclerosis (MS).  Between 350-500 sweat equity hours are required prior to the house being finished, either on building their own home or someone else’s home, along with a down payment. In fact, there were a number of previous Habitat homeowners there on the day of the build lending a hand. It was so impressive.

This is Kim, the soon-to-be-homeowner, here: 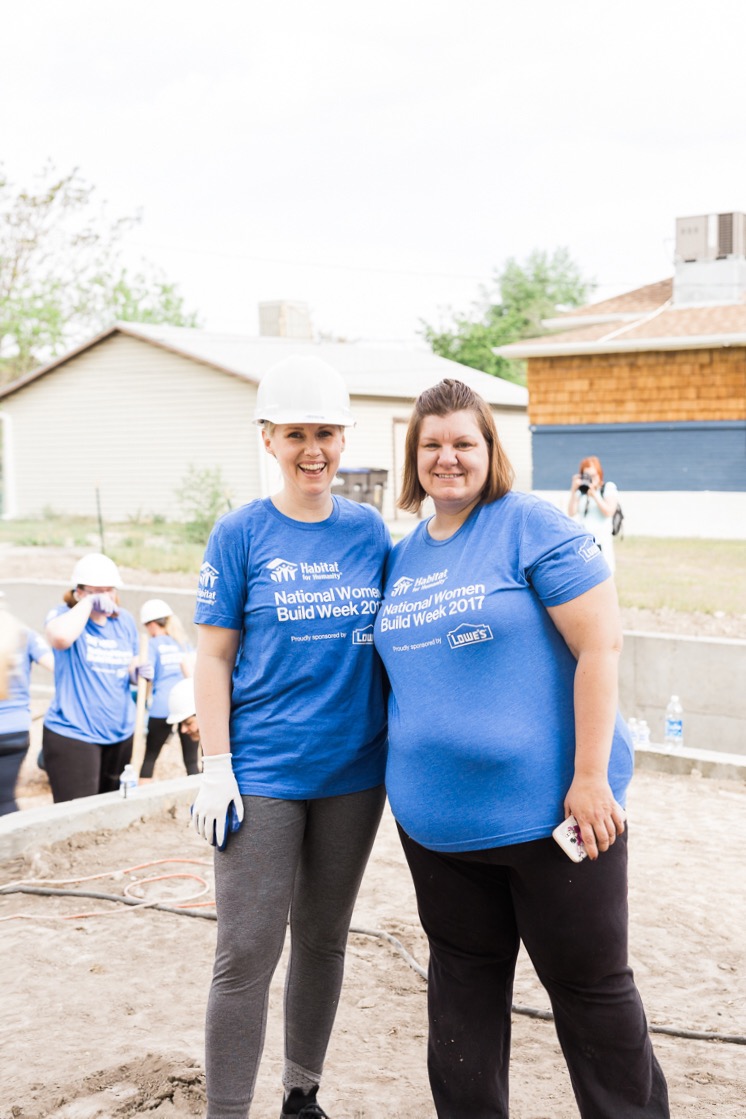 She just so happened to have pneumonia that day yet was insistent on coming to the build. She was also so patient when I asked her a bajillion questions about her experience, when she should have been at home resting under covers. I was rather floored at how grateful she was for this opportunity. In her own words, she would “never be in this position otherwise”. Though she’s educated, because of her disabling disease, she said she never felt like she’d have this opportunity in her lifetime. She applied for three years and decided that this was the last time she was going to do it before she got the call that she was the lucky recipient. She now works for the Utah Valley Habitat for Humanity chapter and expressed how grateful she is to be a part of it all. And we’re so lucky to play a hand in it.

Kena, the local chapter president, has been with Habitat for the past 11 years and I could feel the passion, sense of responsibility, and motivation for the cause. She knew all the moving parts. Here she is, 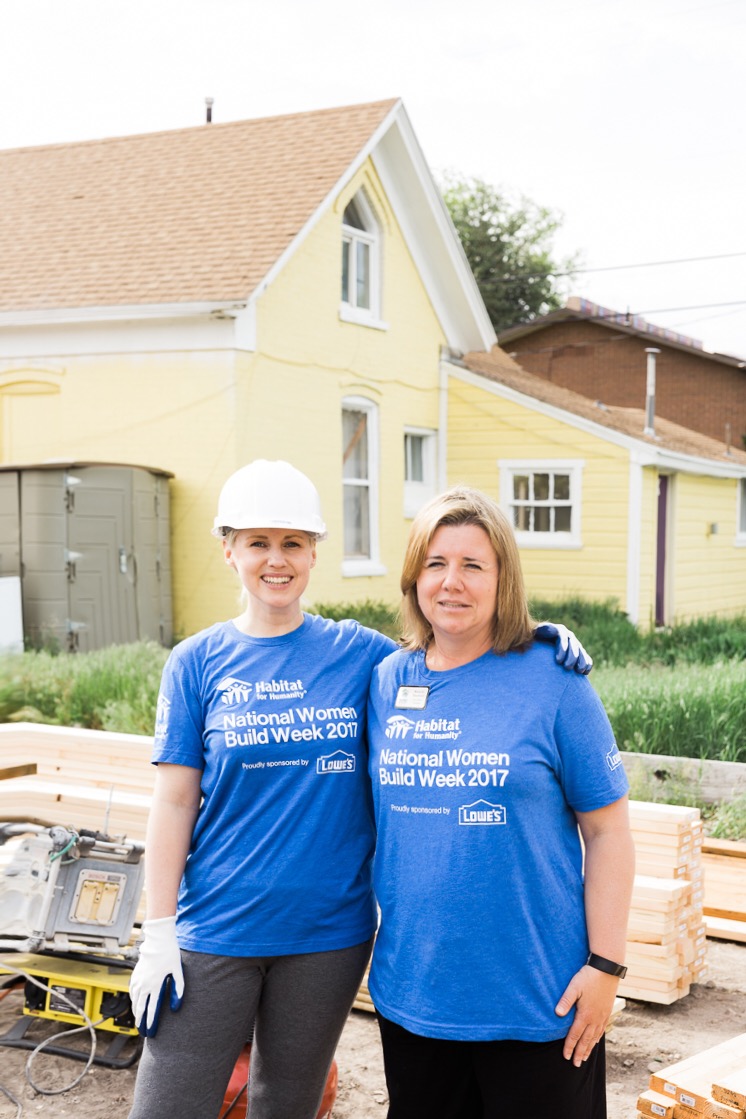 And here are some of Lowe’s Heroes volunteers, who were on my shift. The second from the right is a Lowe’s employee who brought her two sisters to help out (second and third from left). 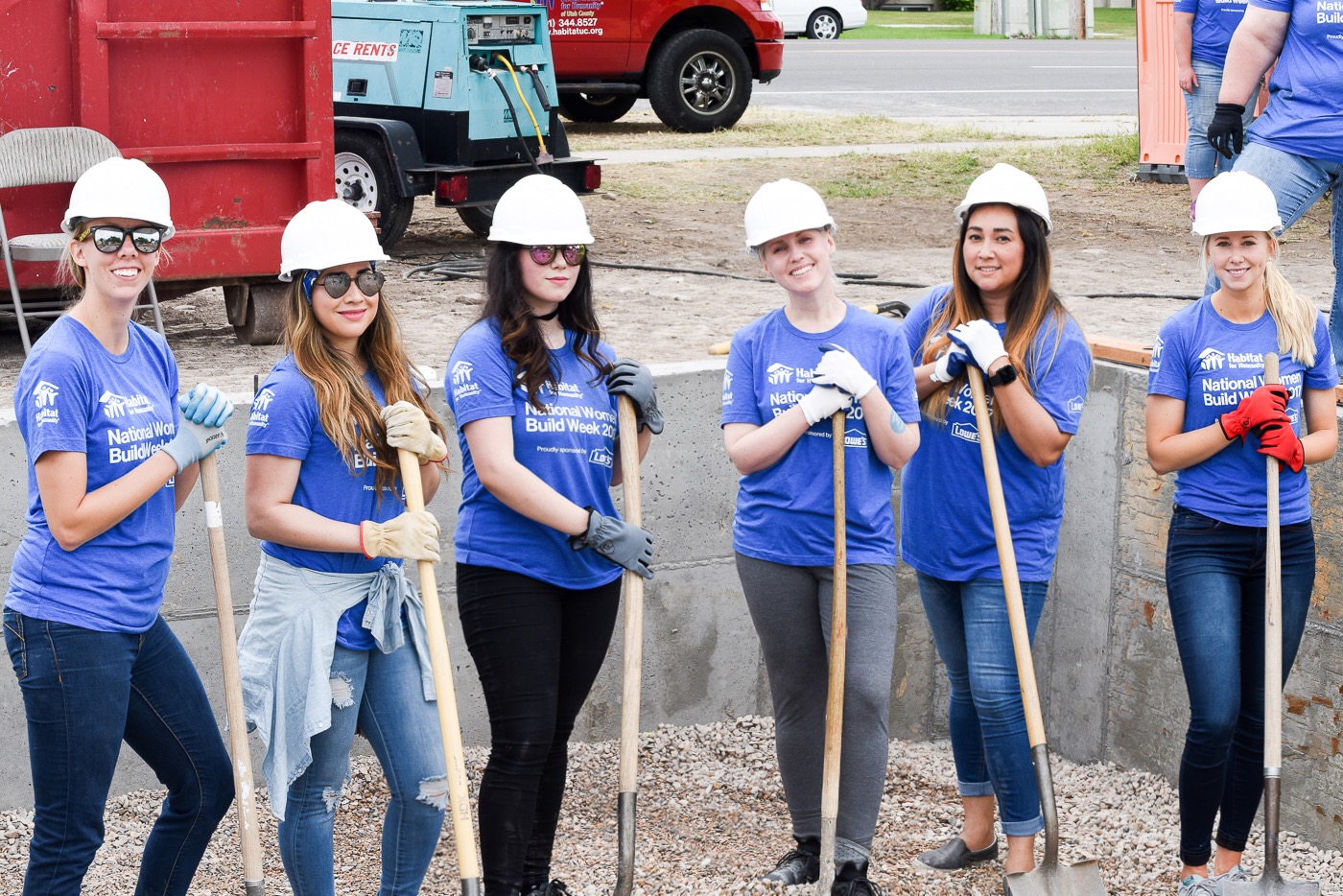 We were in charge of laying the gravel for the foundation. 29 tons of gravel from one side to the other and then leveling it off. Though it wasn’t the most dramatic looking stage of the home build, I rather loved doing some non-skilled manual labor. But frankly, you know one of the biggest lessons I learned that day? How much I need to work out. Big time. Like, I could have been WAY more productive if I had any sort of muscle in my flimsy arms. Lesson learned. Maybe I’ll do it in time for next year’s build.

Here was everyone in the morning at the “gravel-breaking”. 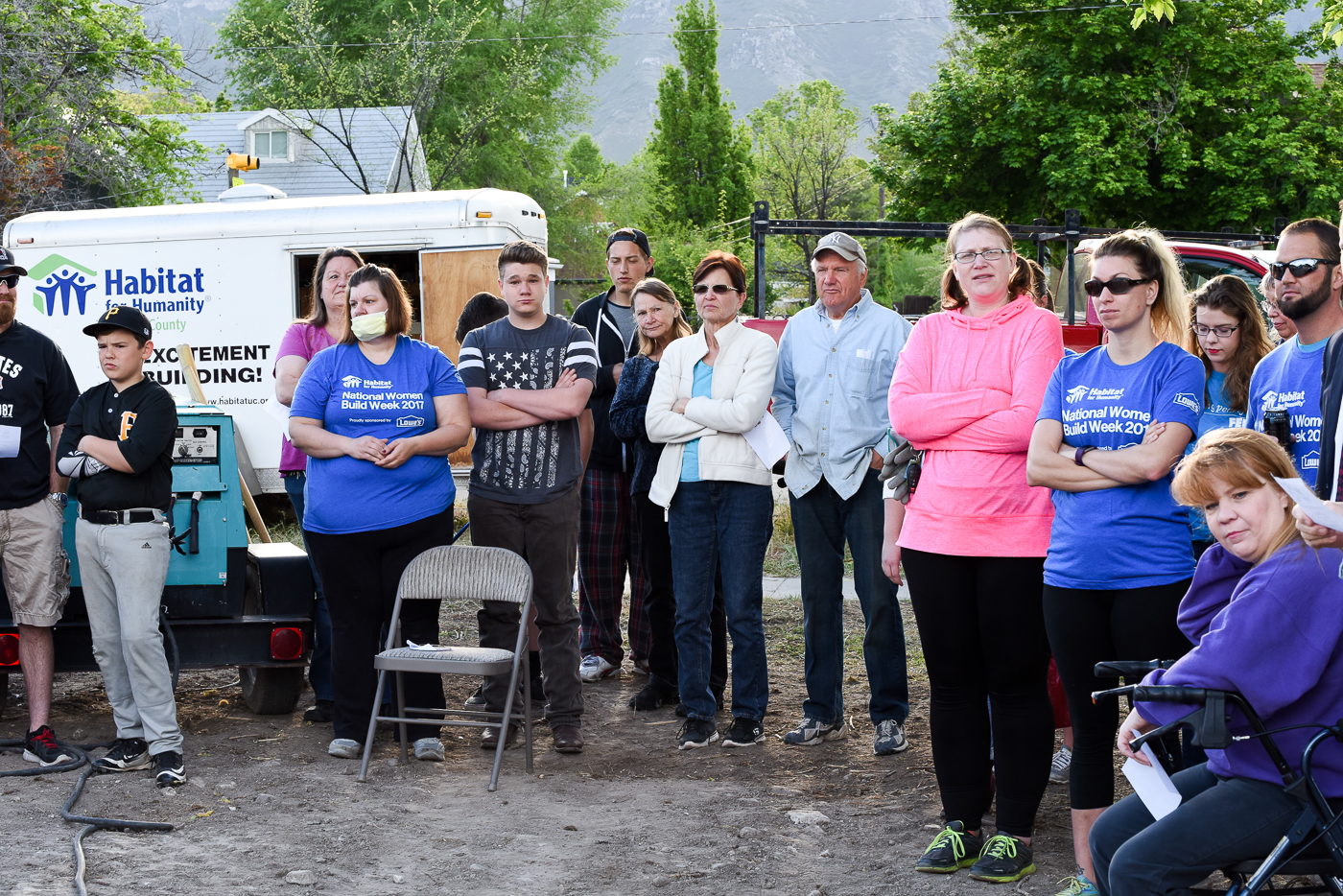 And this is what they were looking at: 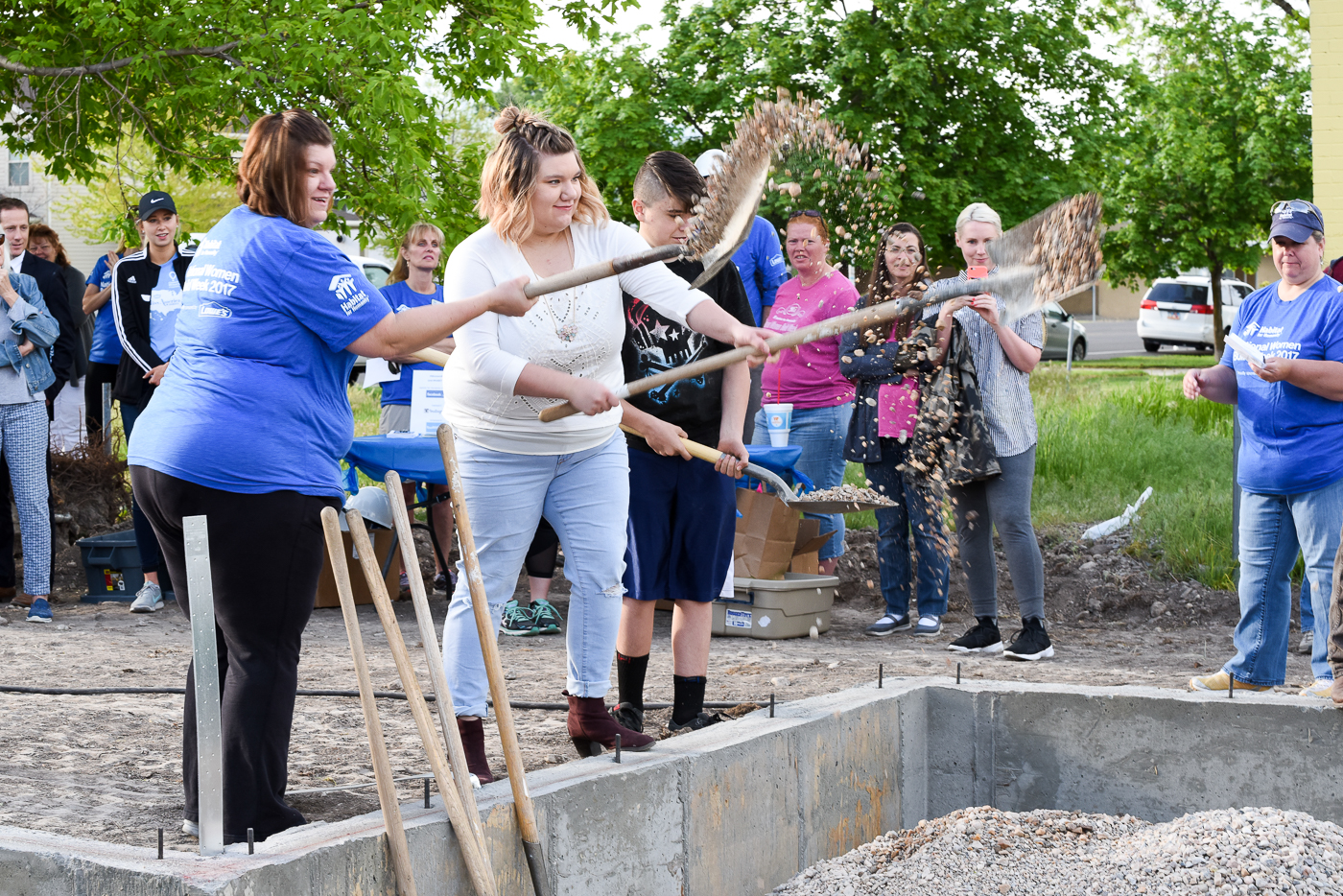 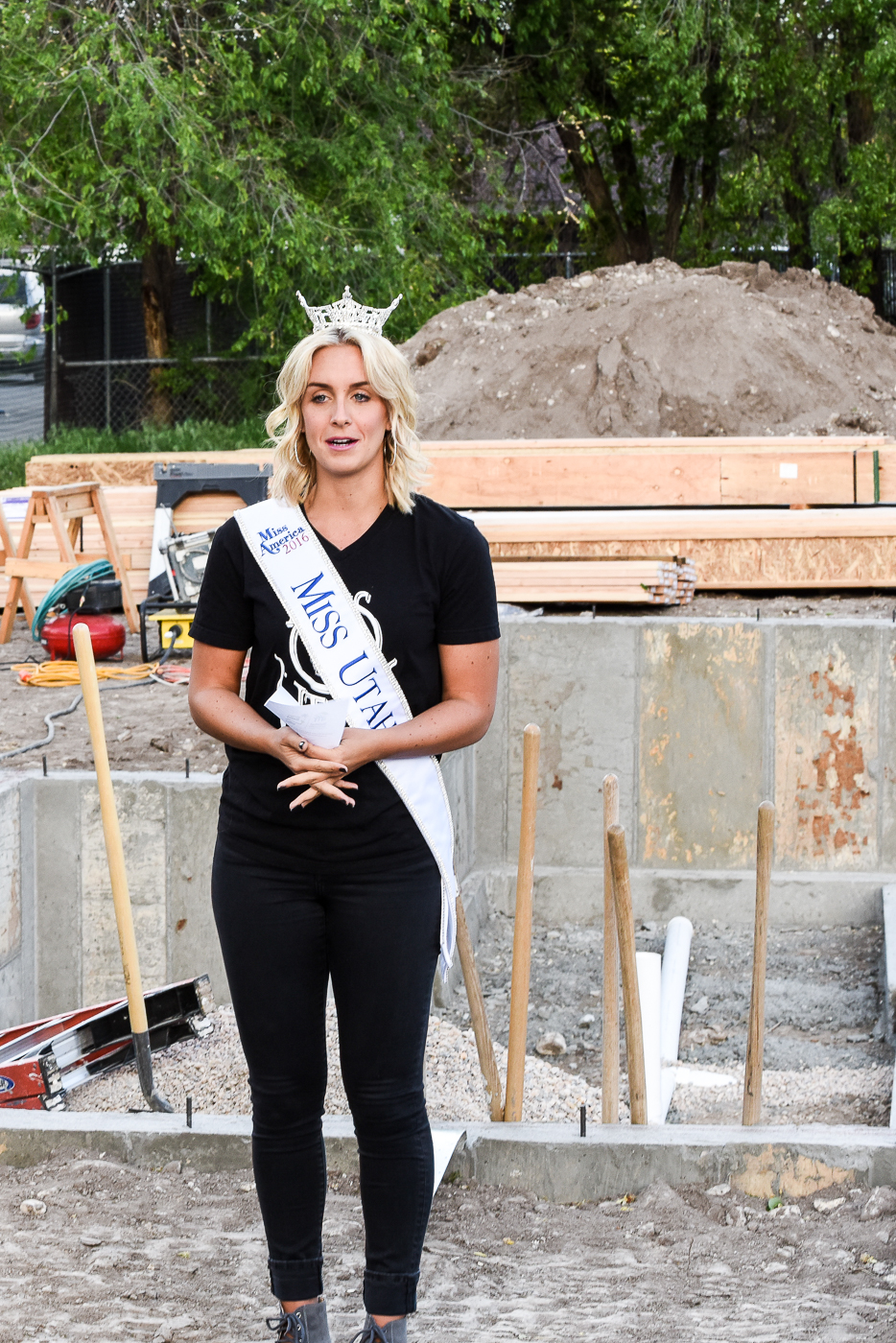 Miss Utah came and spoke. I was really hoping she’d leave the sash and tiara on for the building, but alas, she had to take off. Then she wouldn’t let me borrow them for the day. Rude! 😉

Everyone proudly sported a tattoo. Fun fact, mine is real. No, big fat lie. But I still have remnants left. 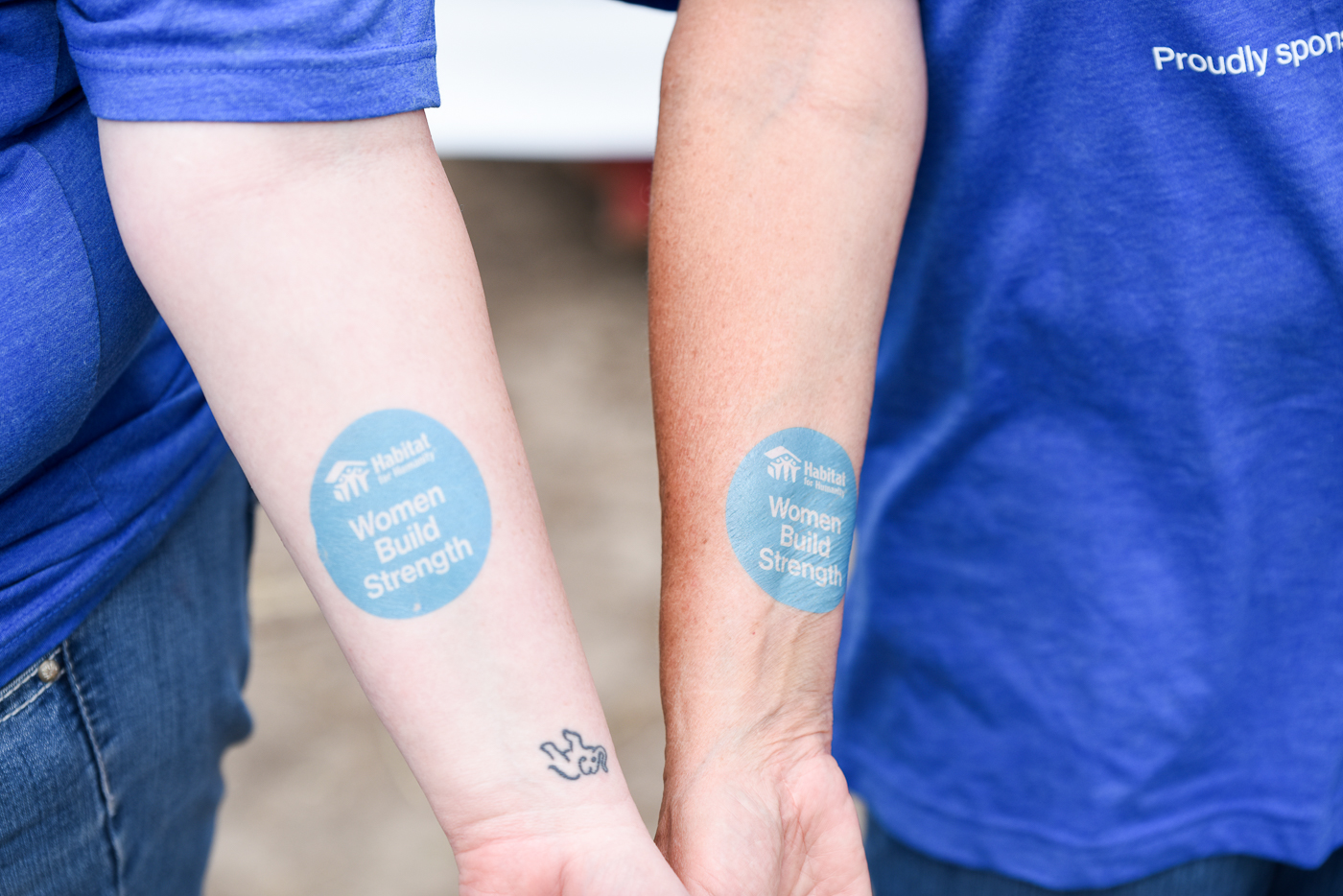 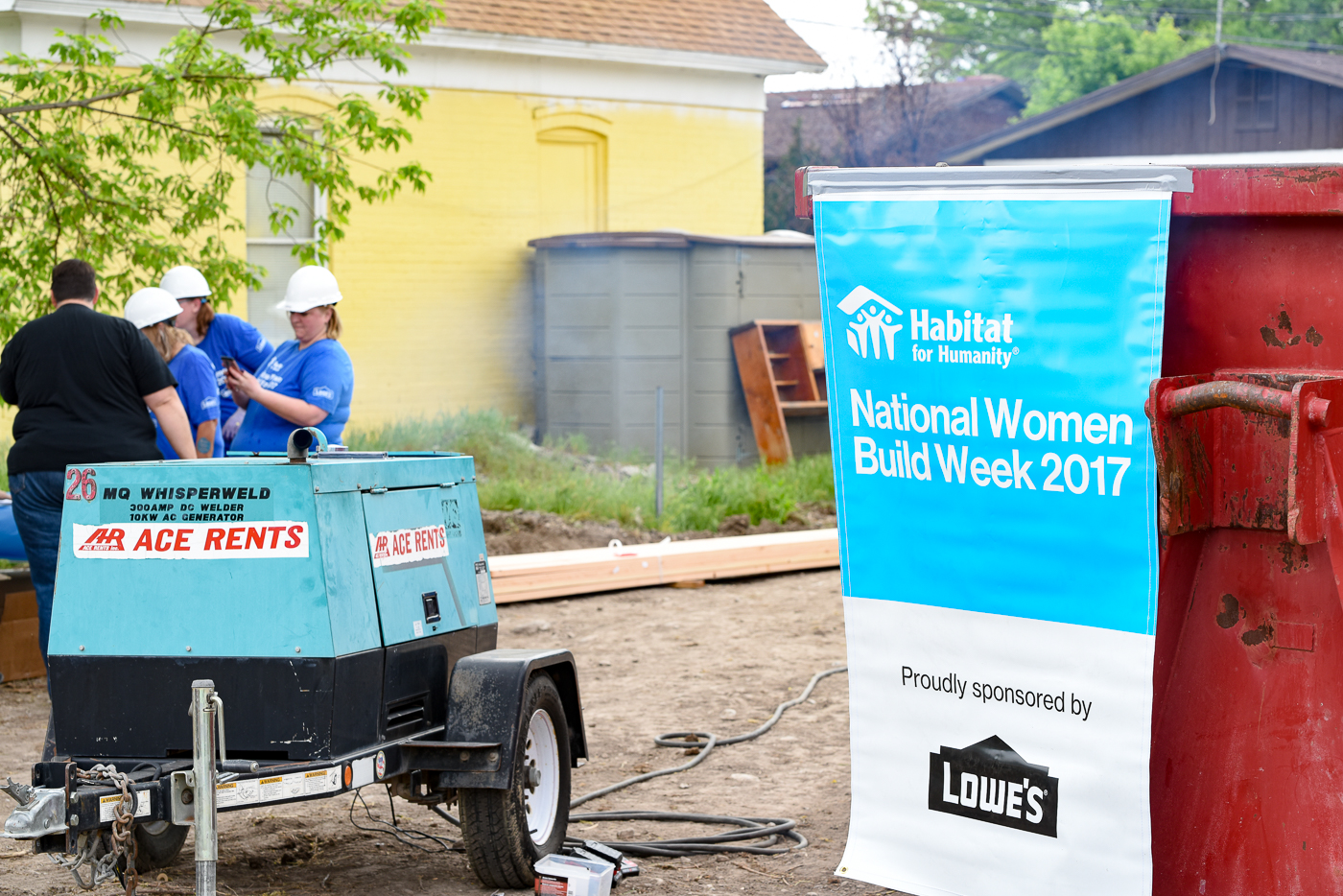 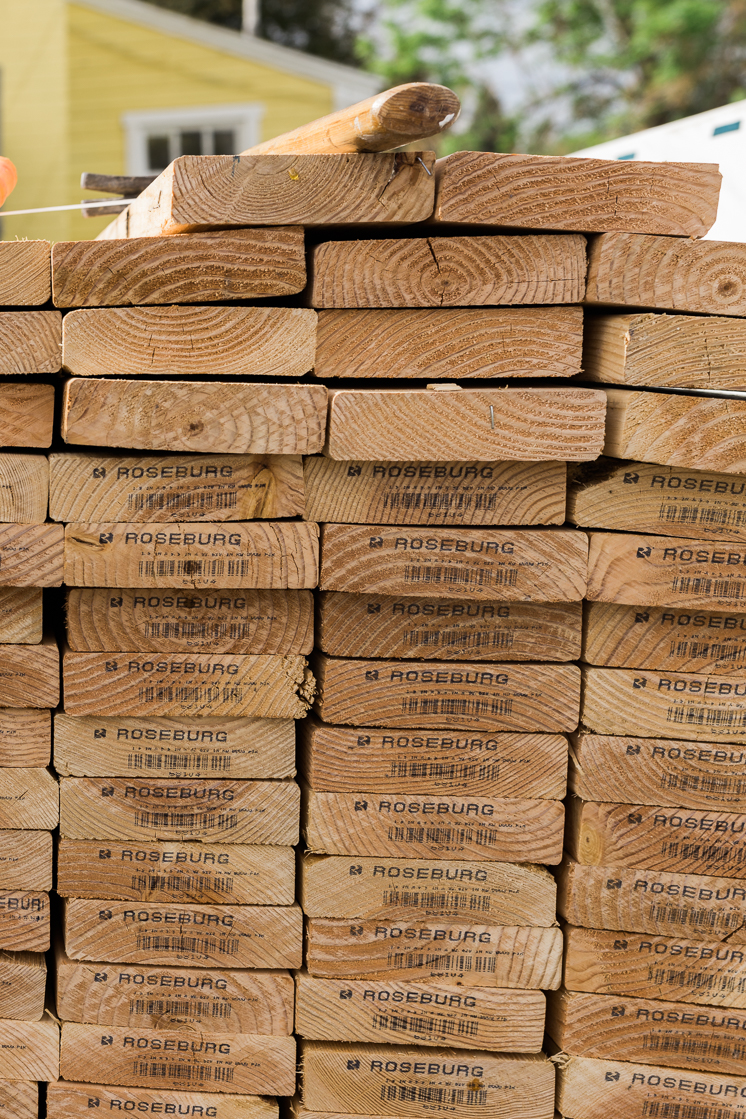 All of a sudden someone stuck this thing in my hands, instructed me, and somehow trusted me to drill into the concrete. Thankfully, he was patient and helpful so no damage was done :). That’s one thing I found to be true of everyone. They were all very helpful and guided you to do the work so basically anyone can help out. 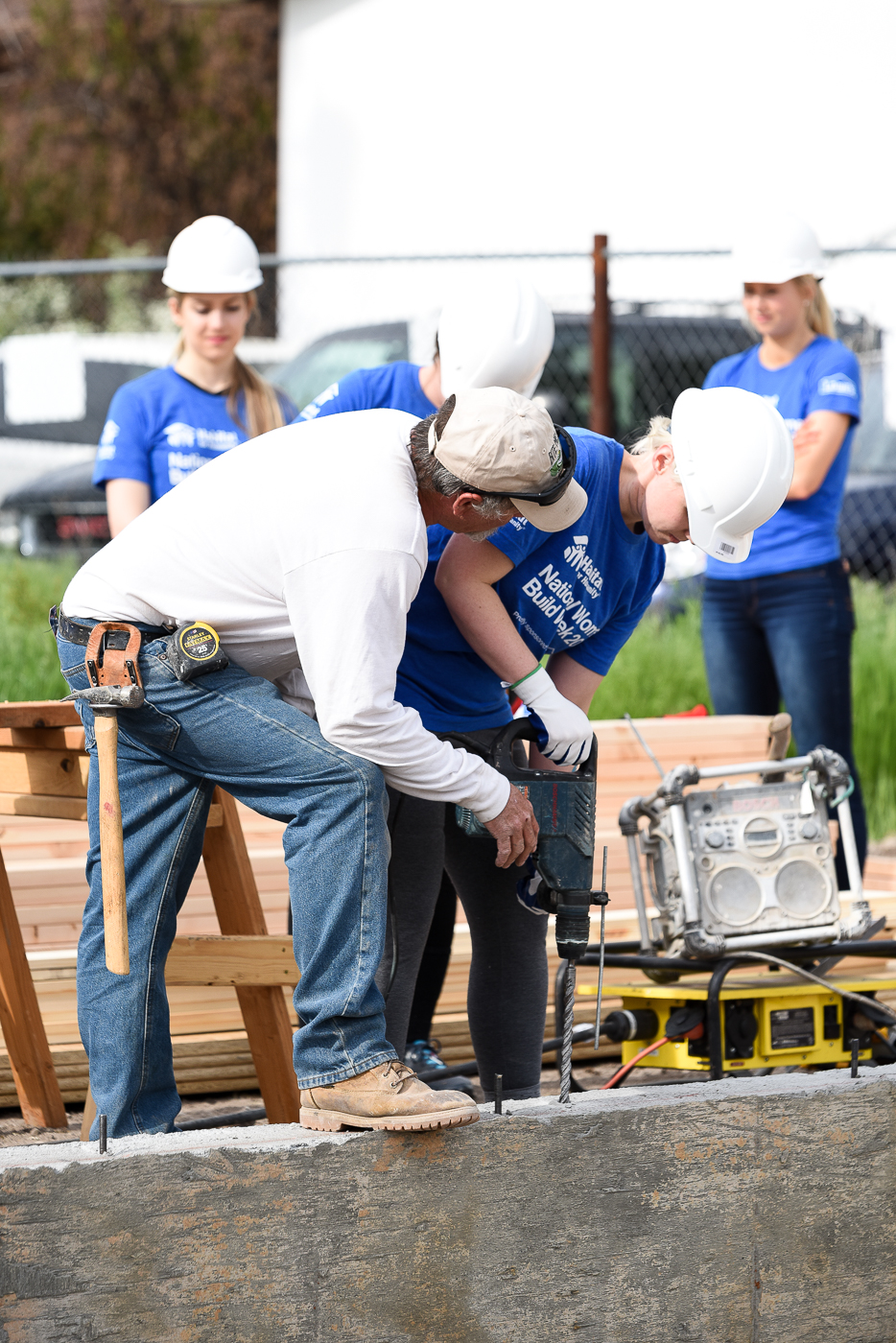 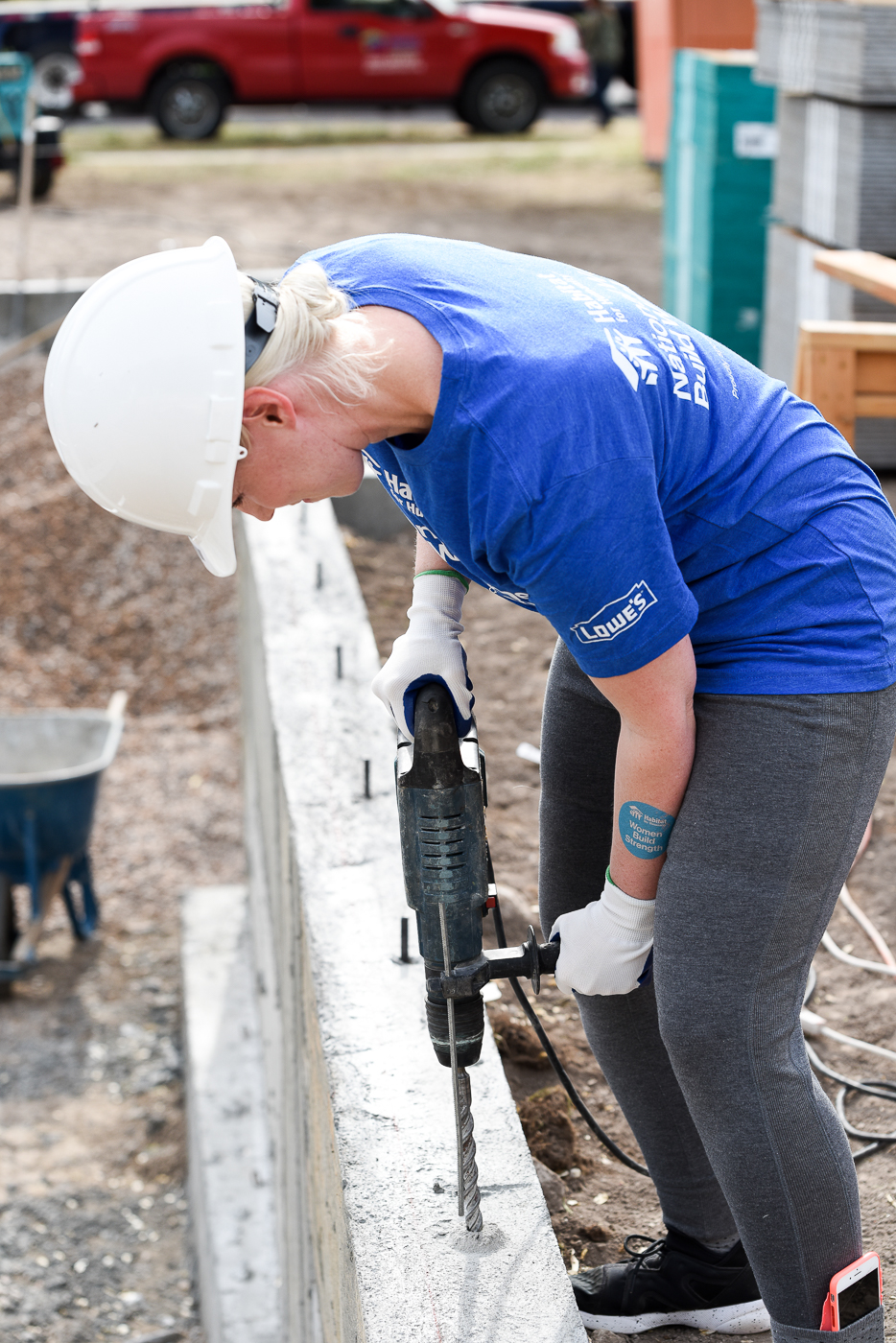 This is really where the bulk of the day went to: graveling and hoeing and shoveling those 29 tons of 1″ rocks. 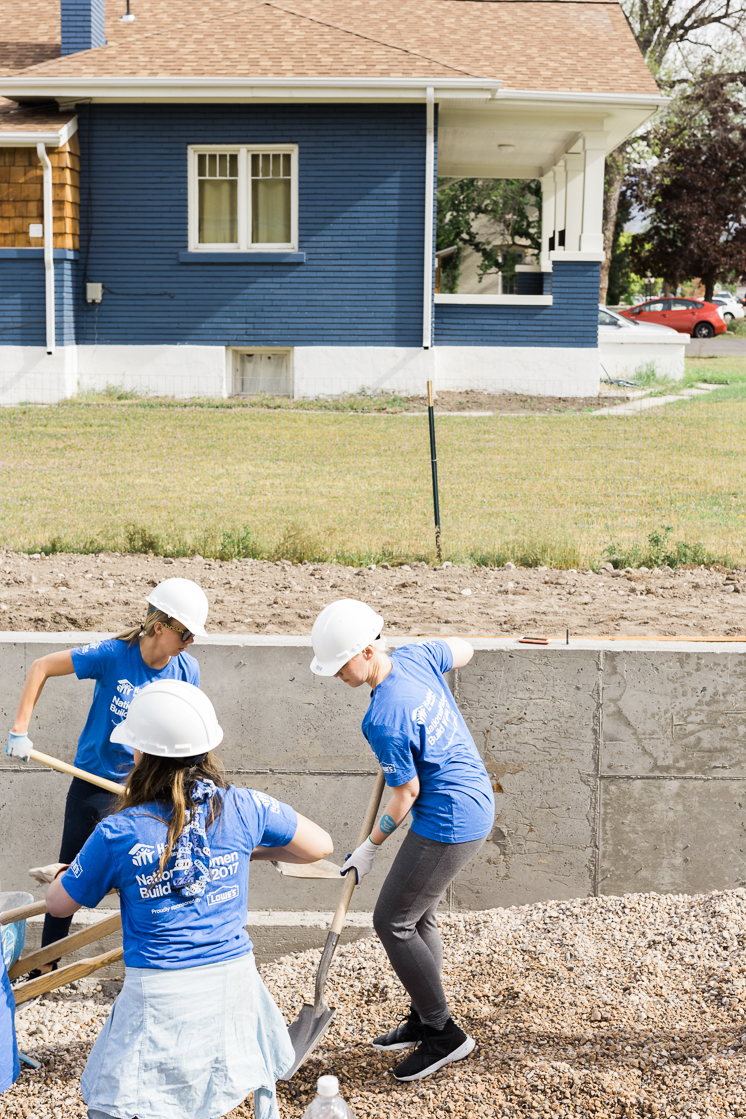 But then I held a piece of wood for a moment in time. I don’t think I even held that properly, but…at least pictures can’t show that. 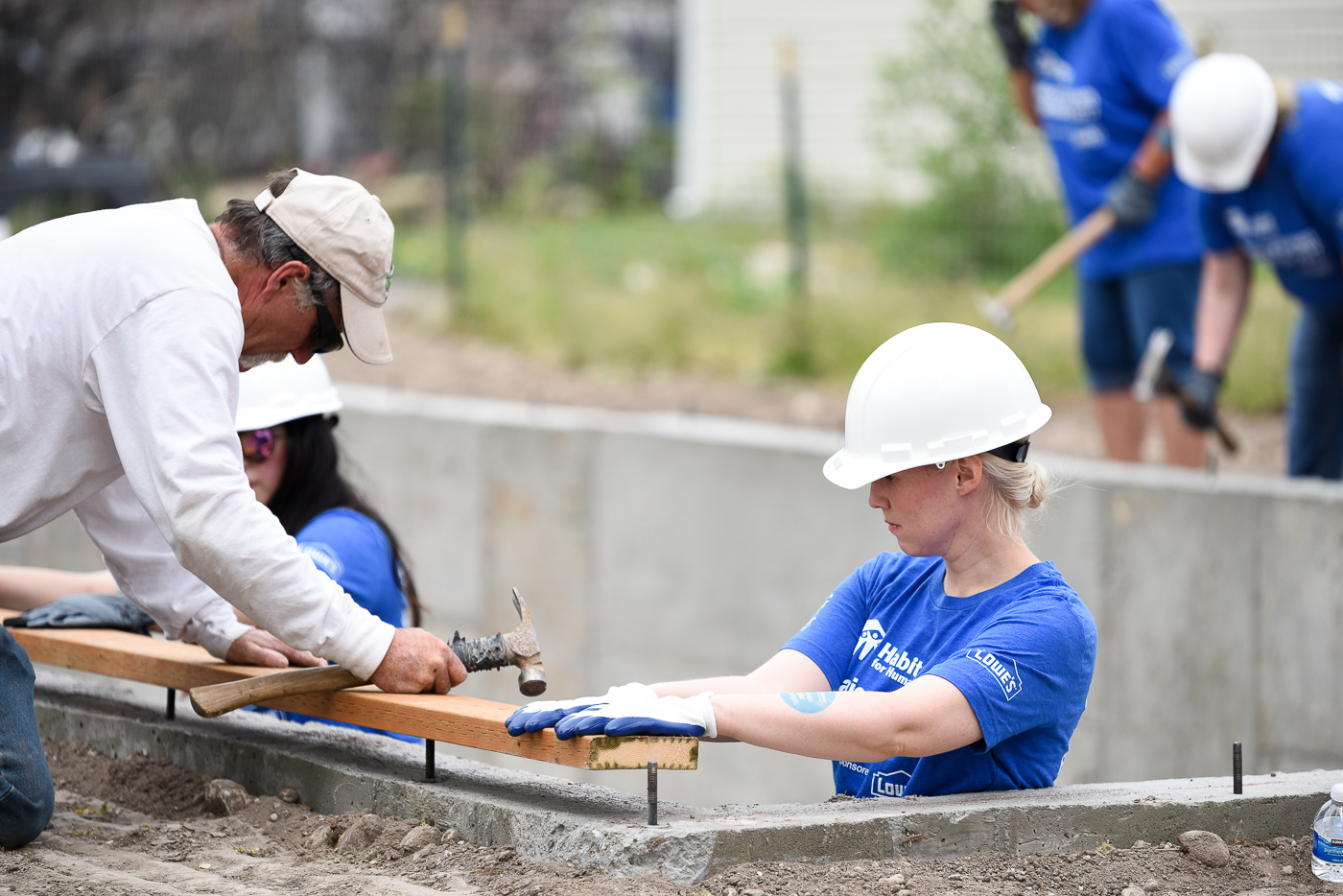 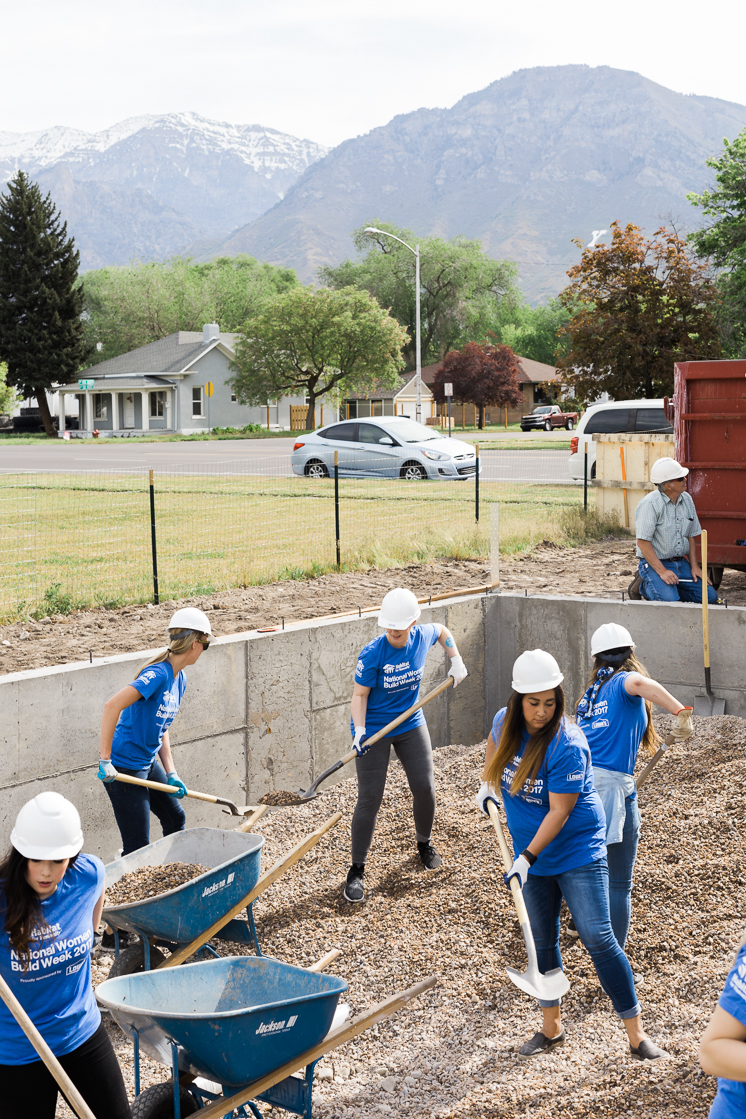 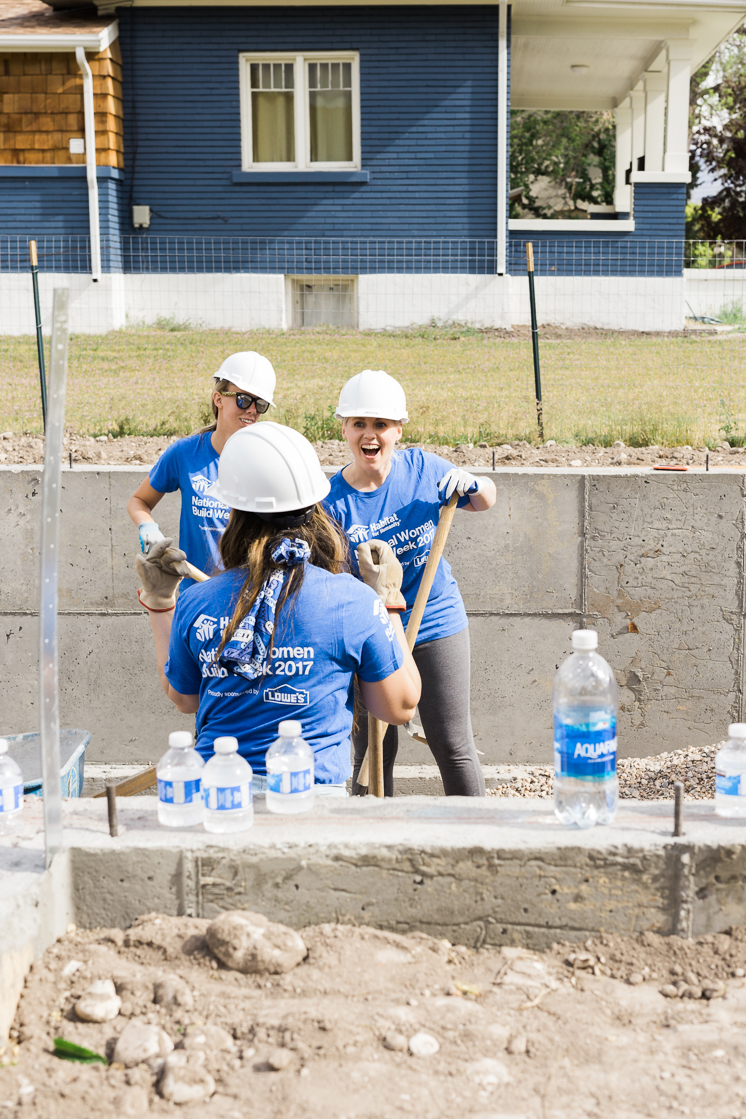 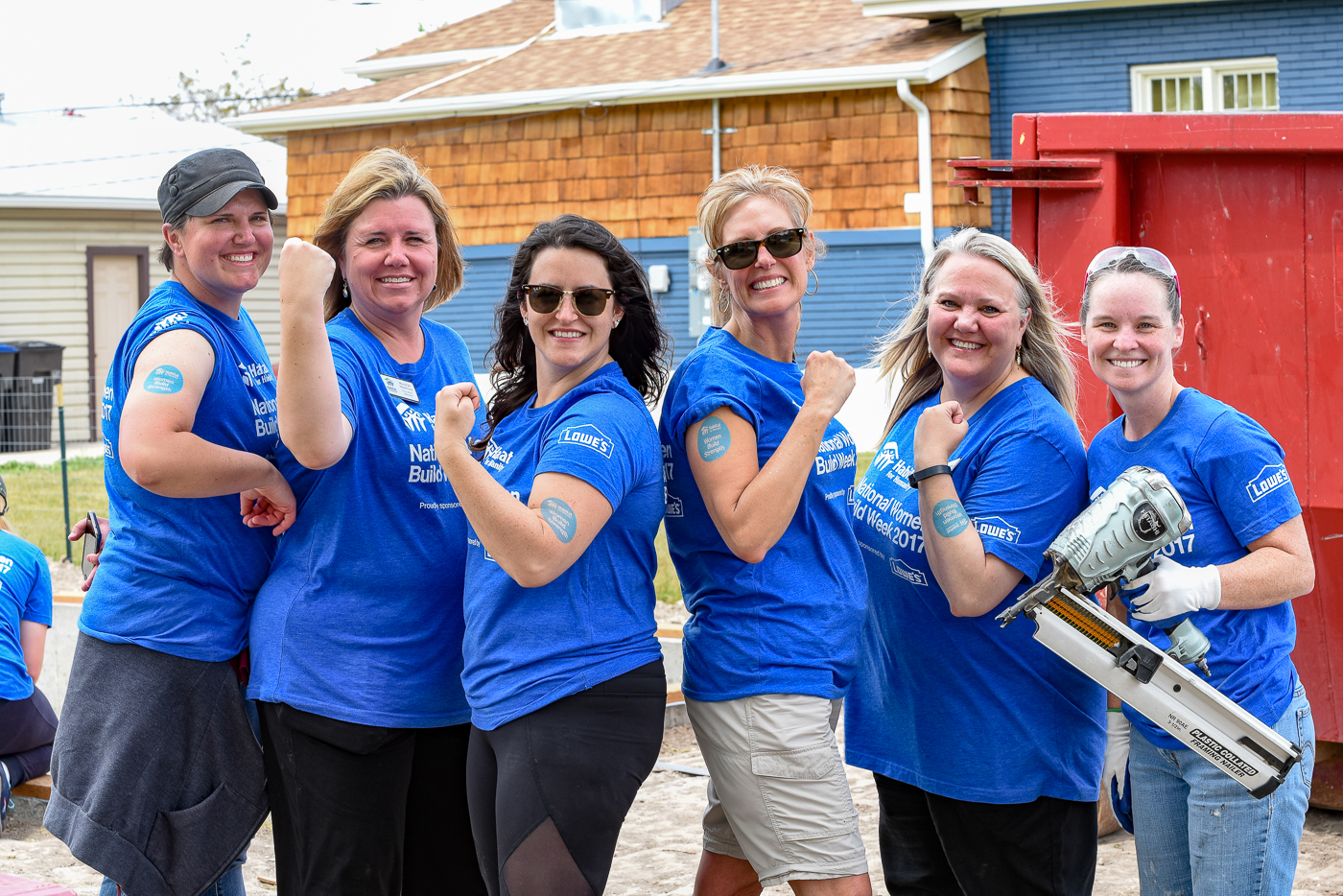 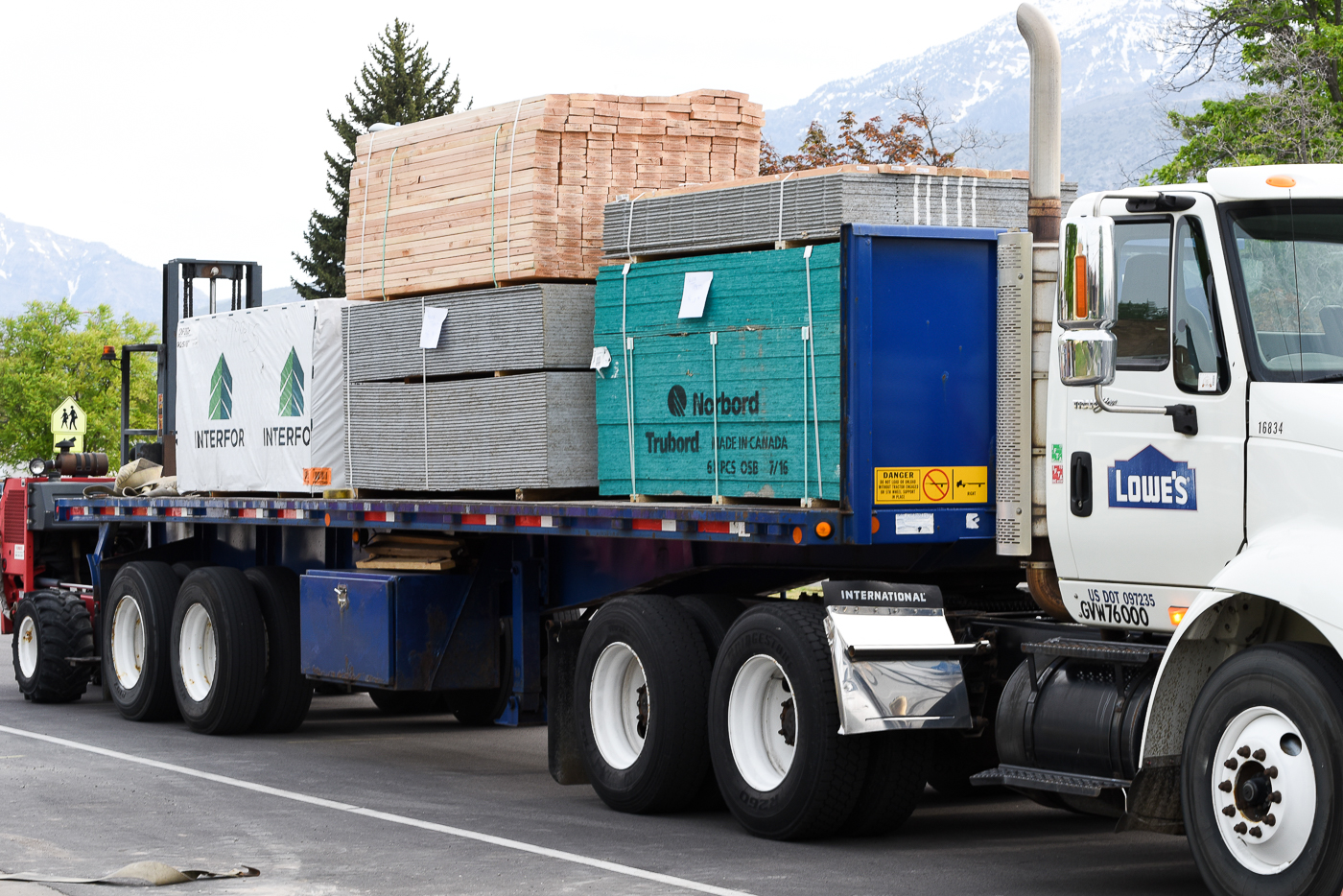 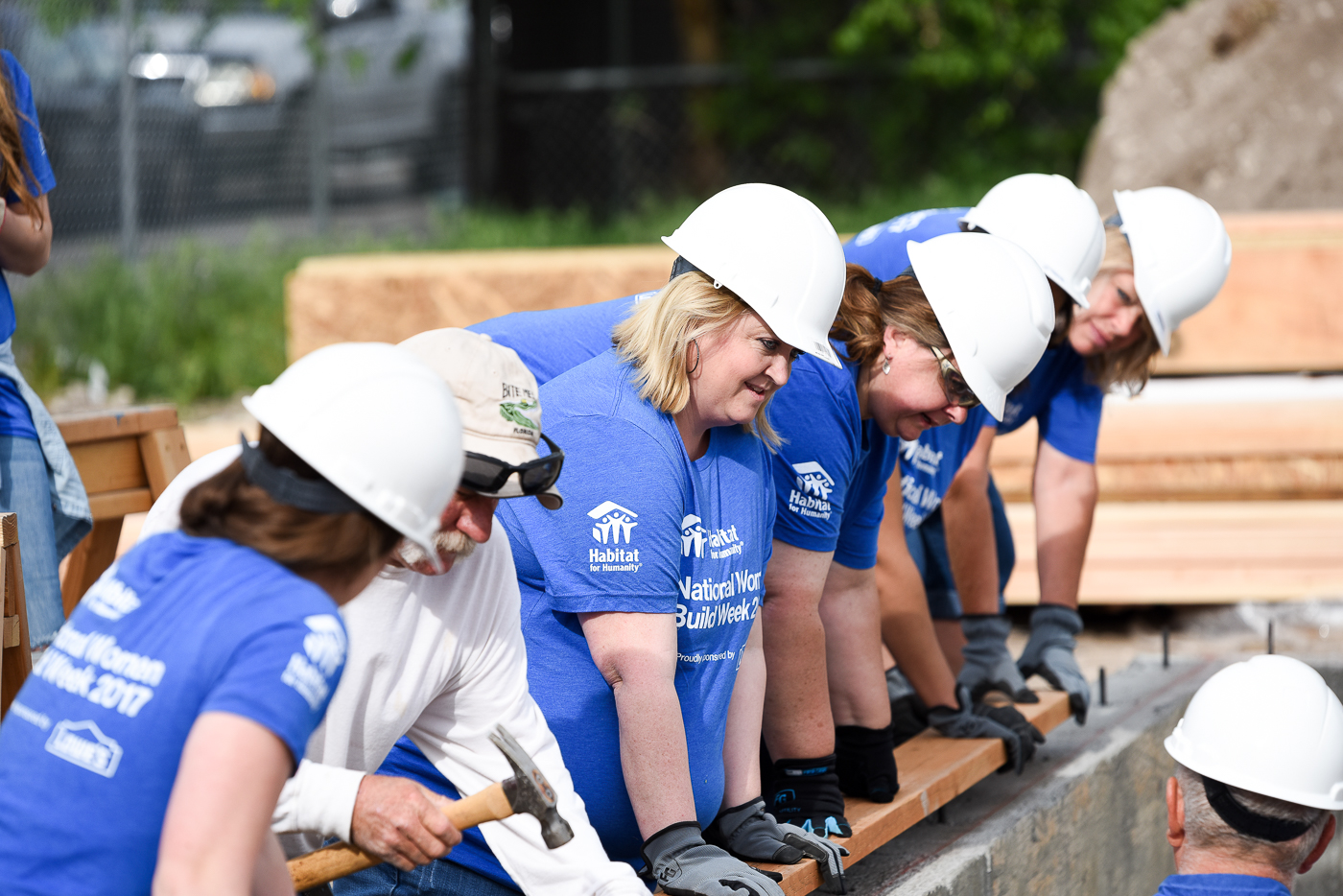 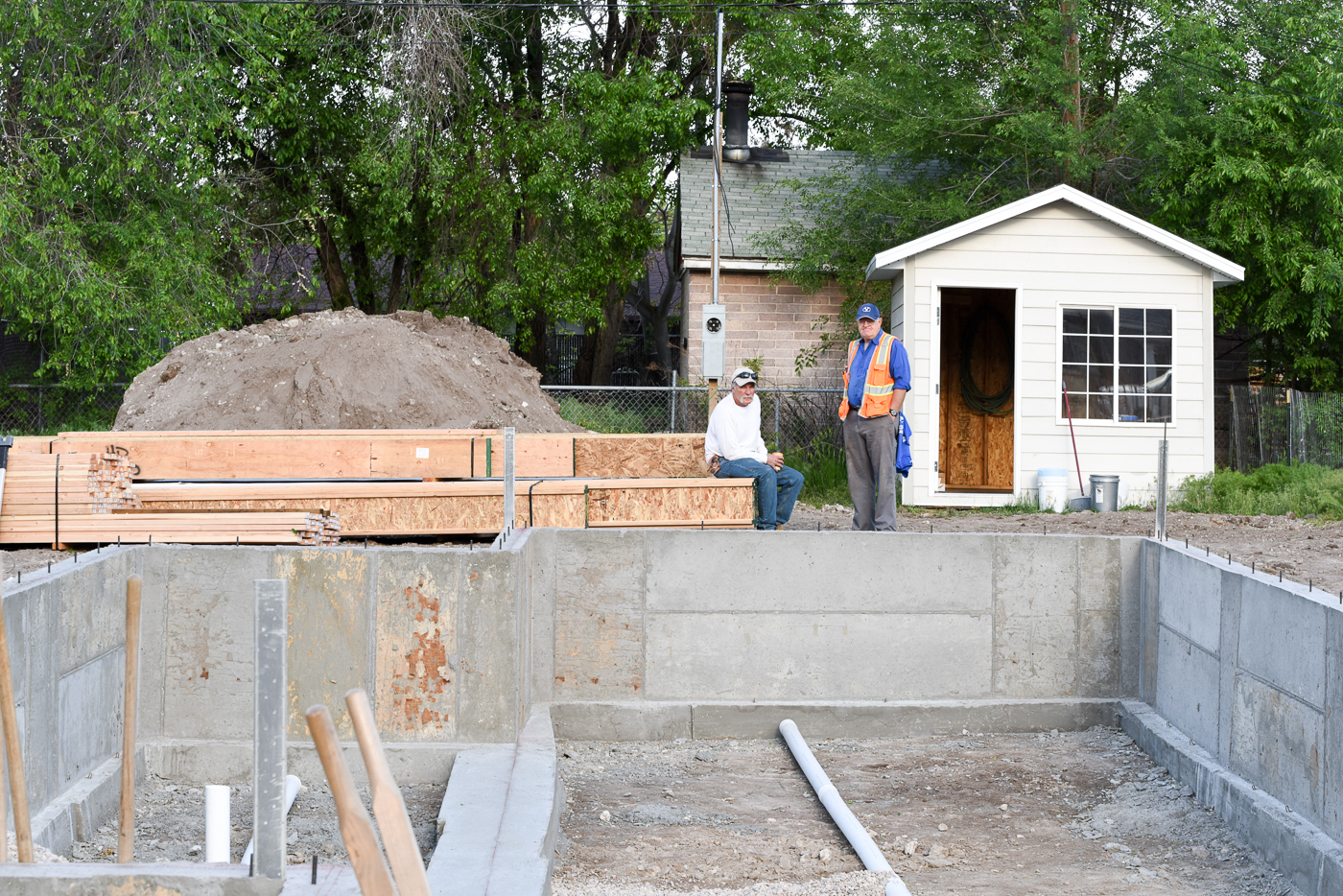 Once again, here’s Kim with her family. Her sister and brother in law were on my shift and they were the hardest workers there! And yes, their cat, Toby, is on a leash, and you’re right, he didn’t like it. 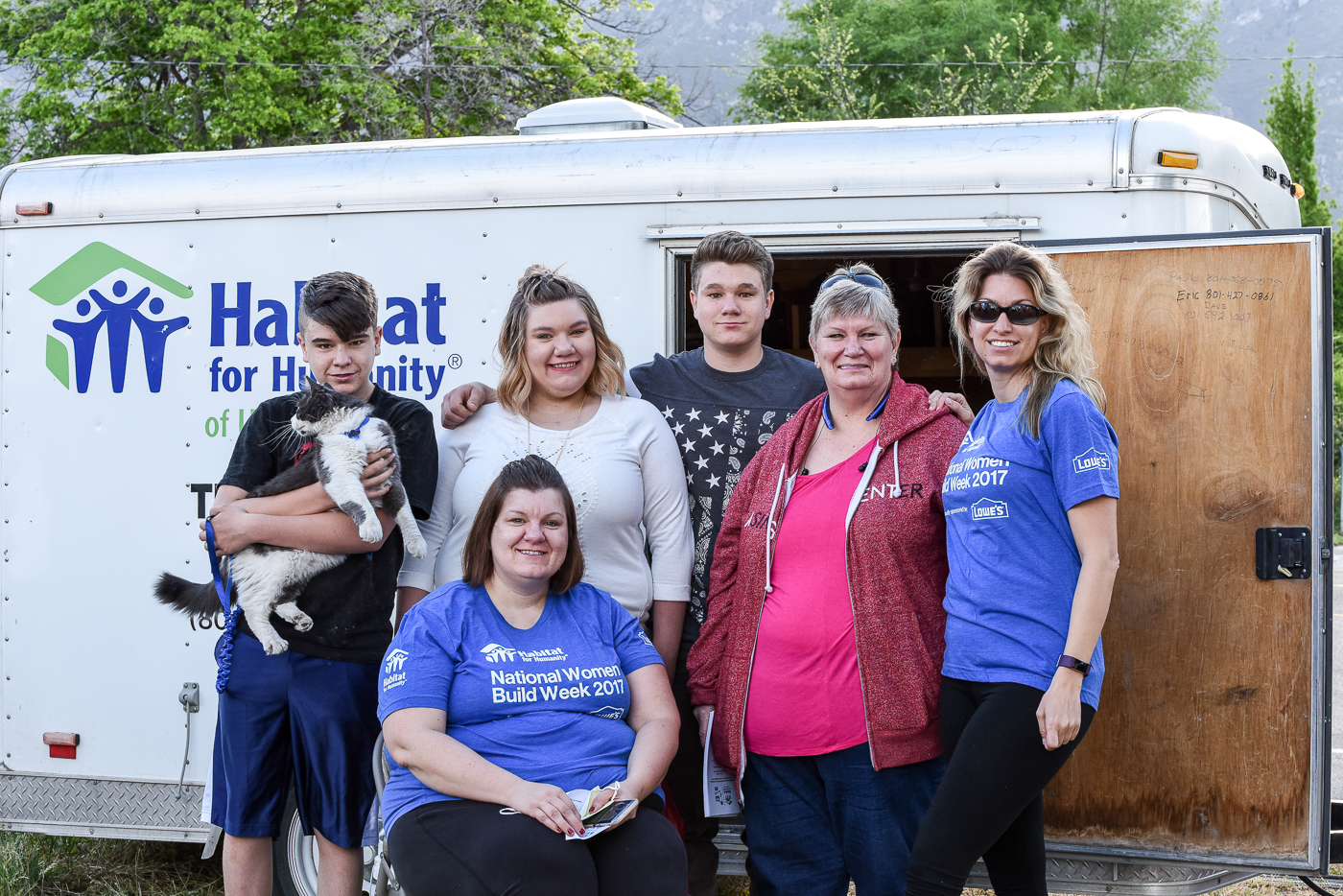 Guys, this was a truly touching experience where I just felt lucky to be a part of this moving train oozing out love and generosity. I was a mere helper but happy to be a part of it. I’m so impressed with Lowe’s commitment to serving and making a difference in communities where we live, work and play and Habitat for Humanity’s mission to provide great housing options to those who truly need it. Consider me on board for the next build!

National Women Build Week builds are taking place all across the country from May 6-14. To find a site nearest you, visit Habitat.org/NWBW or call your local Habitat affiliate. You can see more of the build here on the local news channel.

This post is sponsored is sponsored by Lowe’s. Thank you to the brands that allow us to create unique, original content. And in this case, help us to connect with wonderful organizations.