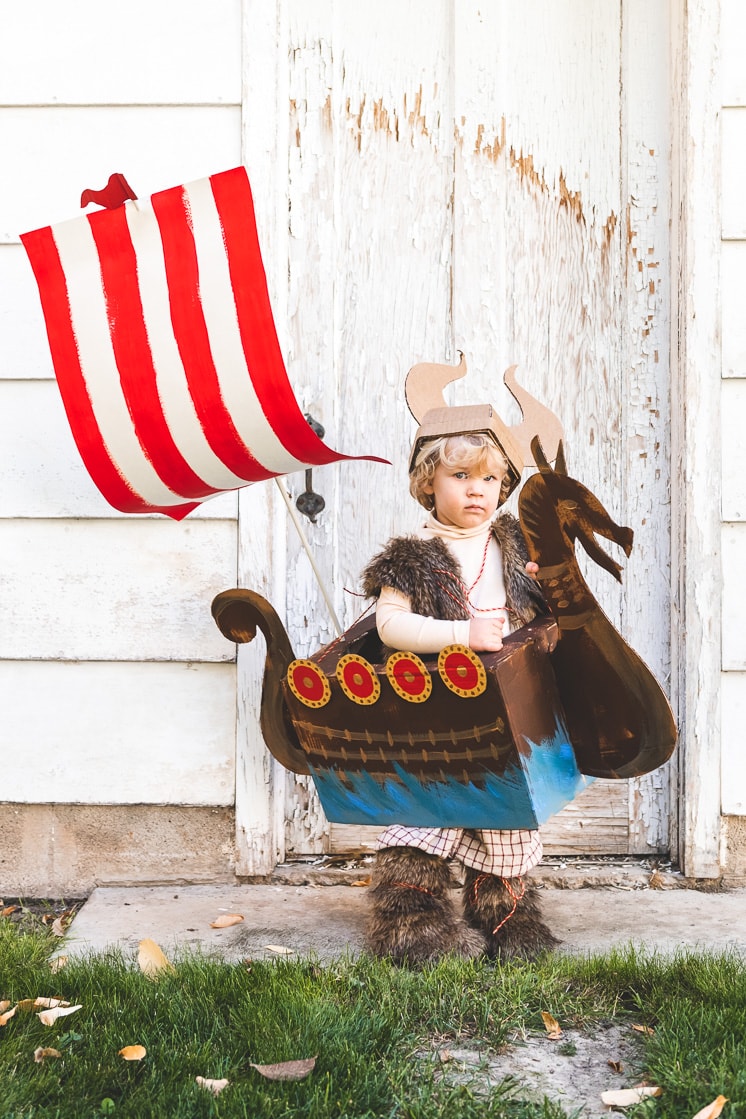 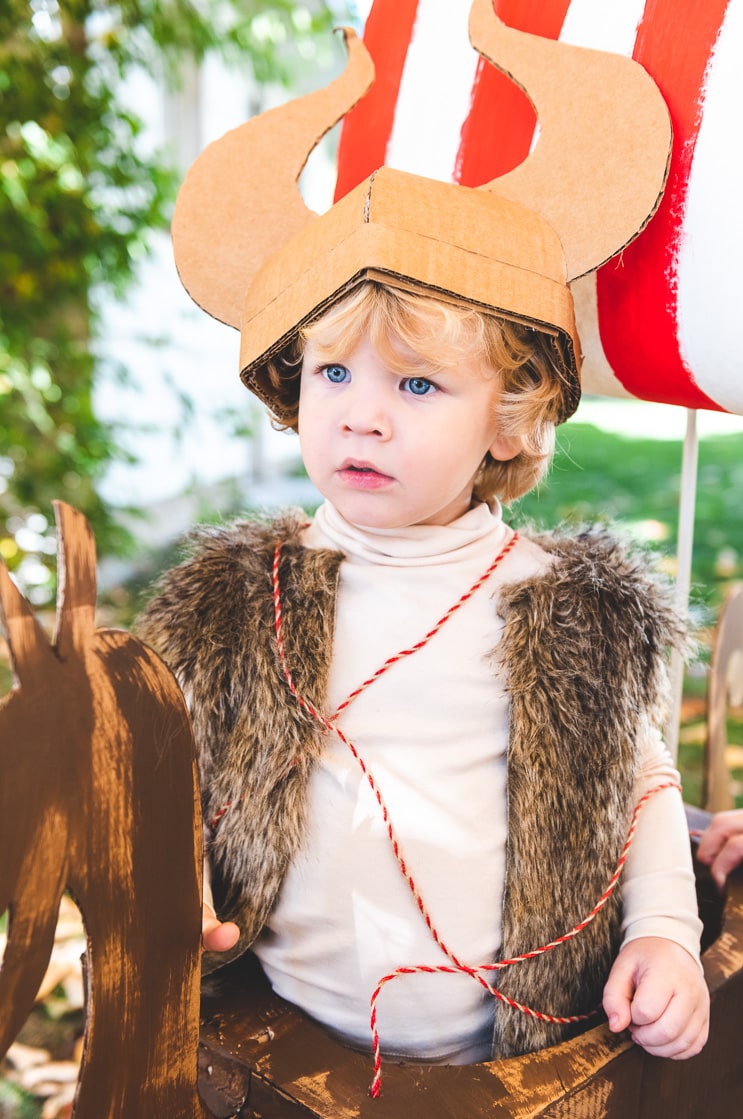 As you know, I LIVE for Halloween costumes. Even during a pandemic when children and parents alike are concerned about “Halloween can’t be canceled”. Listen, for me, it’s all about dreaming up a costume and taking a picture of it. I don’t care about much else. So, in my book, Halloween is now done. Ha! How’s that for trick-or-treating?! And this year, I went with a viking costume. 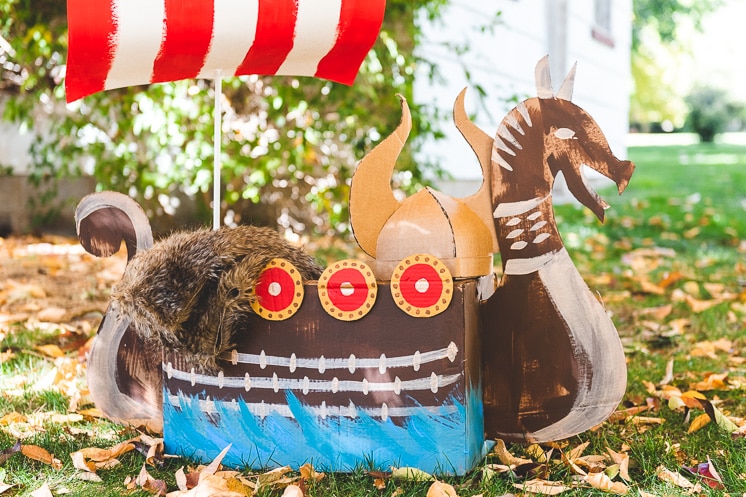 Over on Instagram I’ve been doing a Jasper Costume Countdown from the previous couple of years. Do you remember them? First year, we had fun with a Picasso and Painting mommy and me costume. That little pudge! I can’t even handle it! 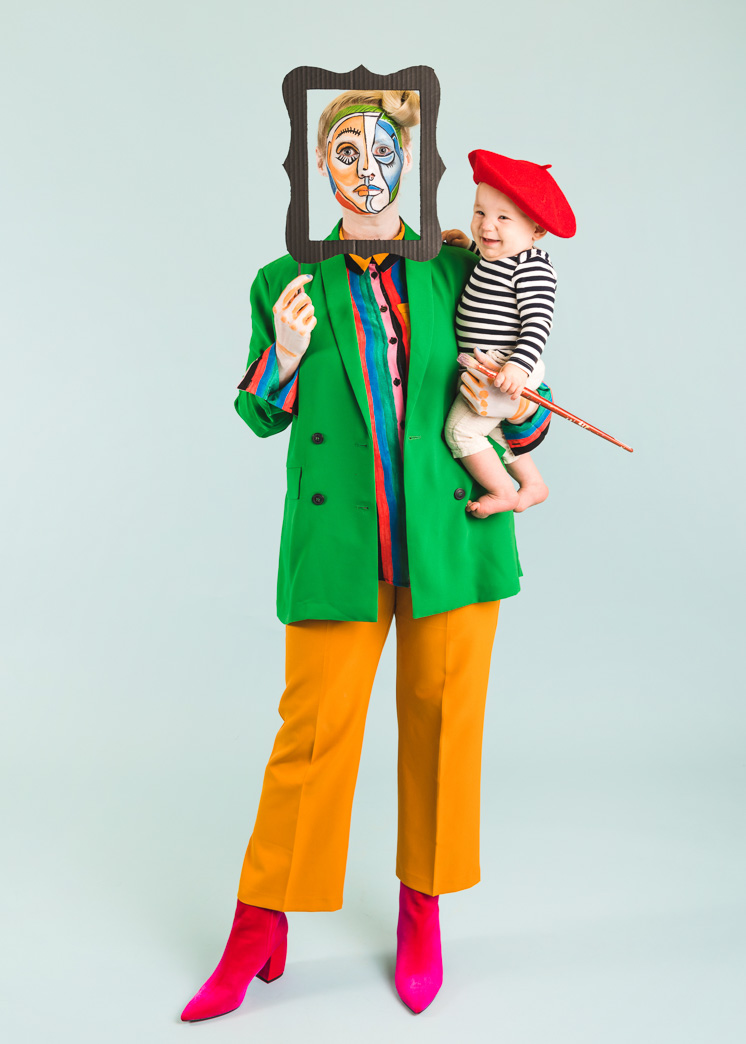 But for actual Halloween night I turned him into a colorful French clown. Don’t ask where the make-up ended up. 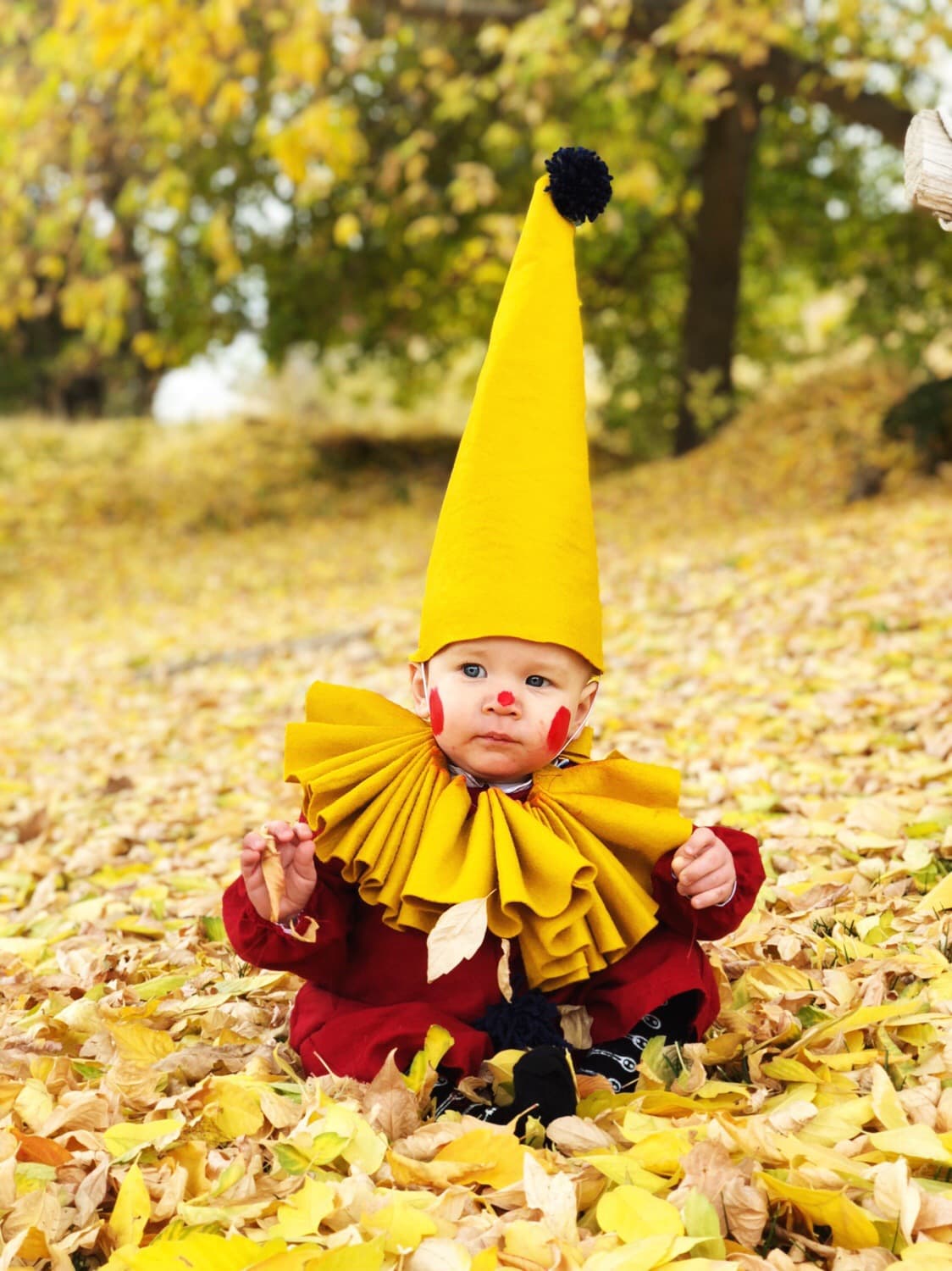 The next year, he played Jared Leto at the Met Ball 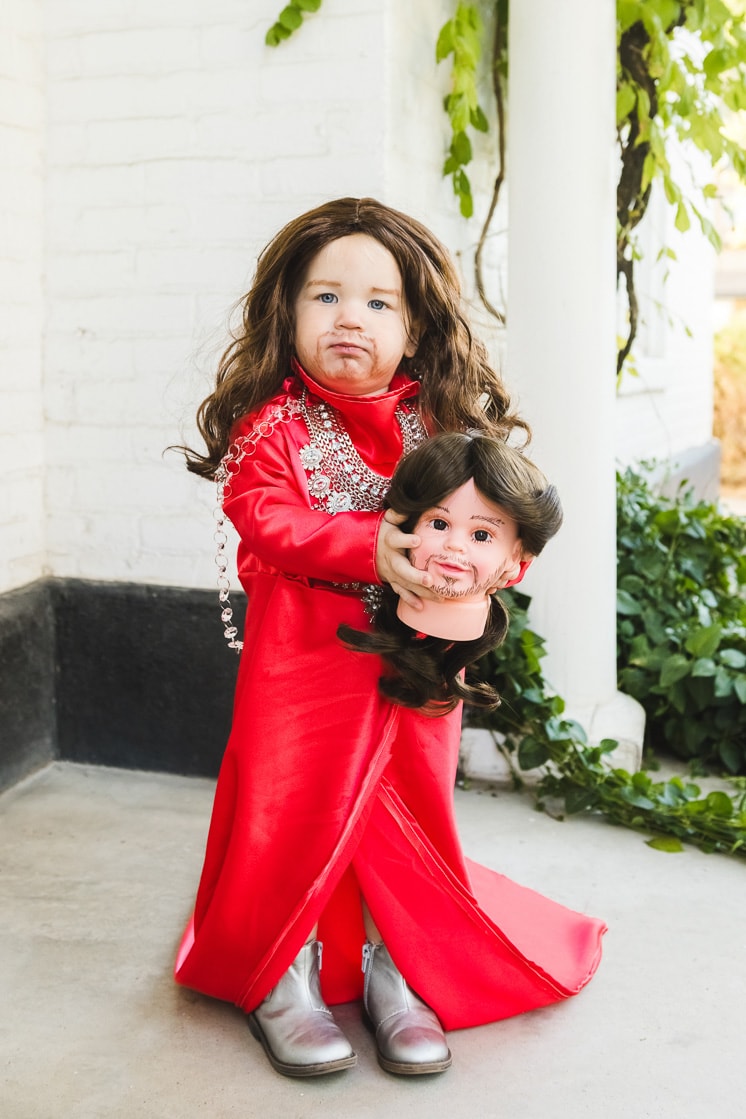 And then Mommy and Me as Lady Liberty and her little tourist. 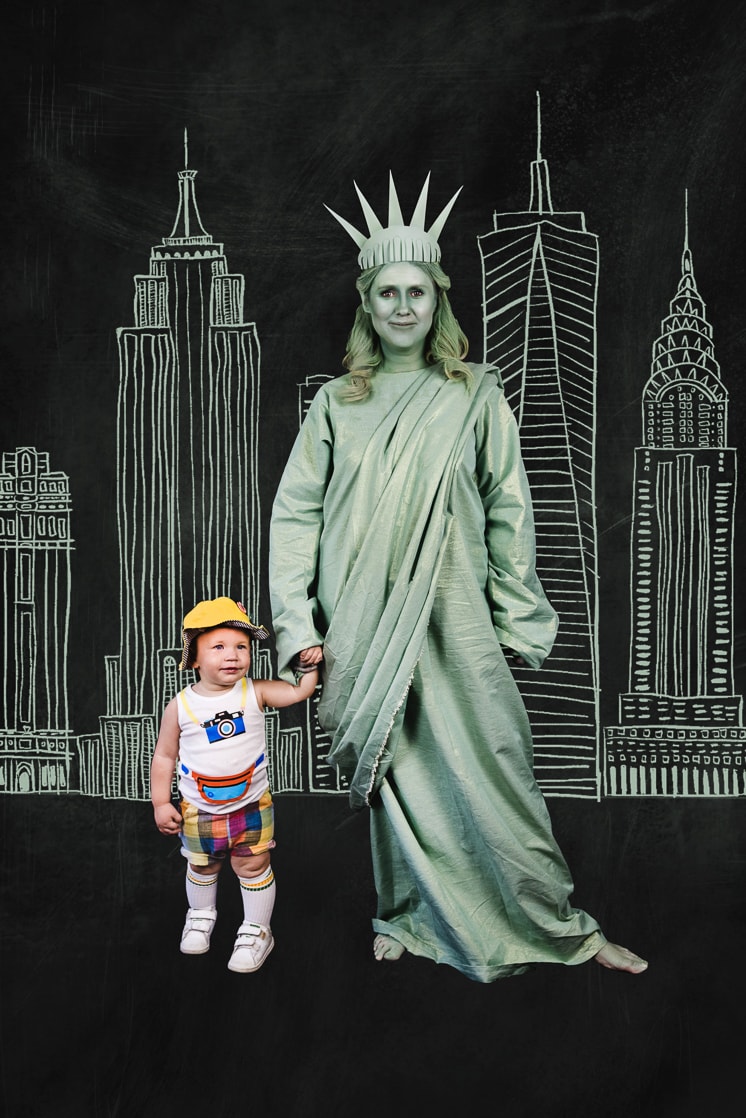 And then a squirrel for actual Halloween night. 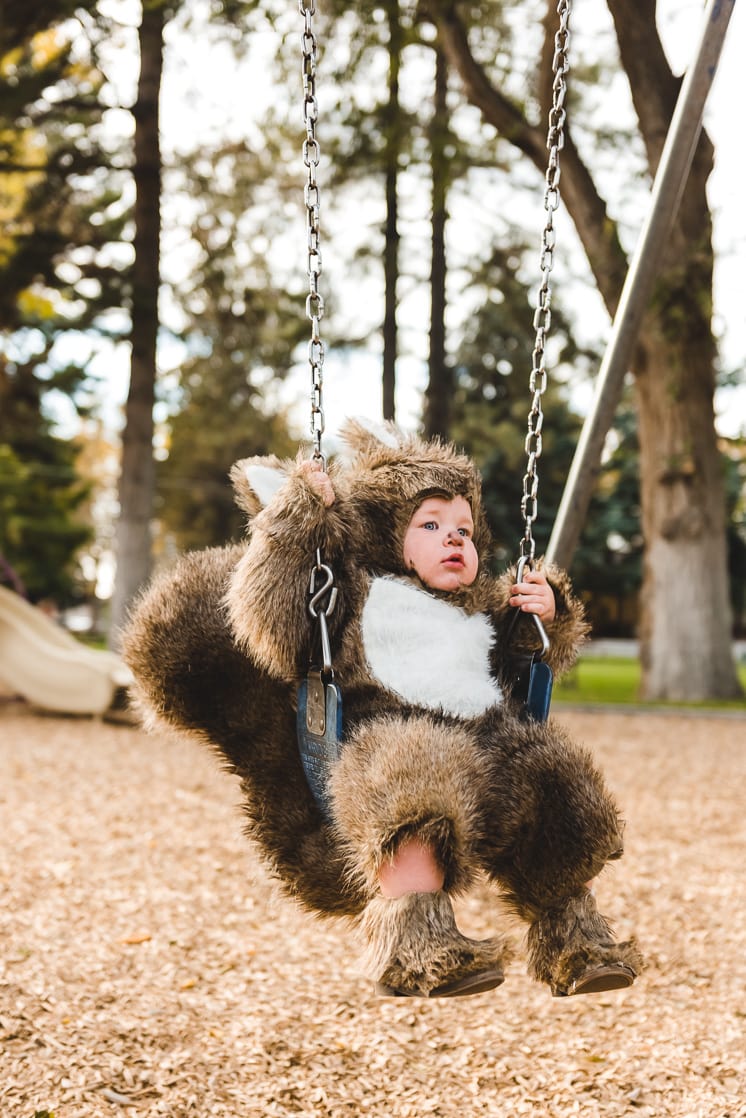 This year, I was inspired by his Nordic DNA and went a little more savage. Now, if you recall from this post, I have a number of requirements that accompany each costume choice. If you’re child has no opinions a la Jasper, then you can do whatever you darn well please and that’s when these decisions matter most. I really should have gone with a rotund animal selection because Jasper still has all the right curves (thankfully!), but a little mini viking was too cute, especially before he truly does become more savage with age. 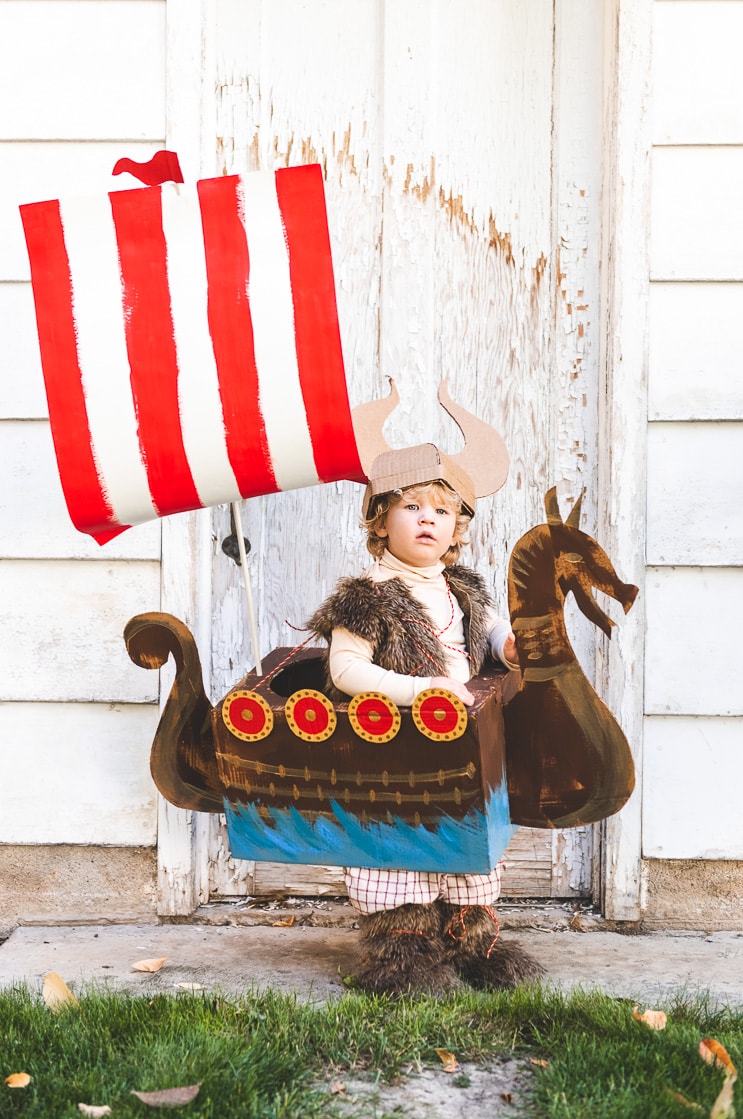 Additionally, Paul’s number one choice for Jasper was Odin. It was a bit *much* for me so we got some use out of it in this more temporary context.

I was inspired by my friend, Merrilee Liddiard of Mer Mag who creates the loveliest cardboard costumes. She has a series of cardboard box costumes that I love  so what started out as a plain ‘ole Viking turned into me thinking I turn his wagon into a ship and then before too long it became a cardboard box.

Here’s how I did it: 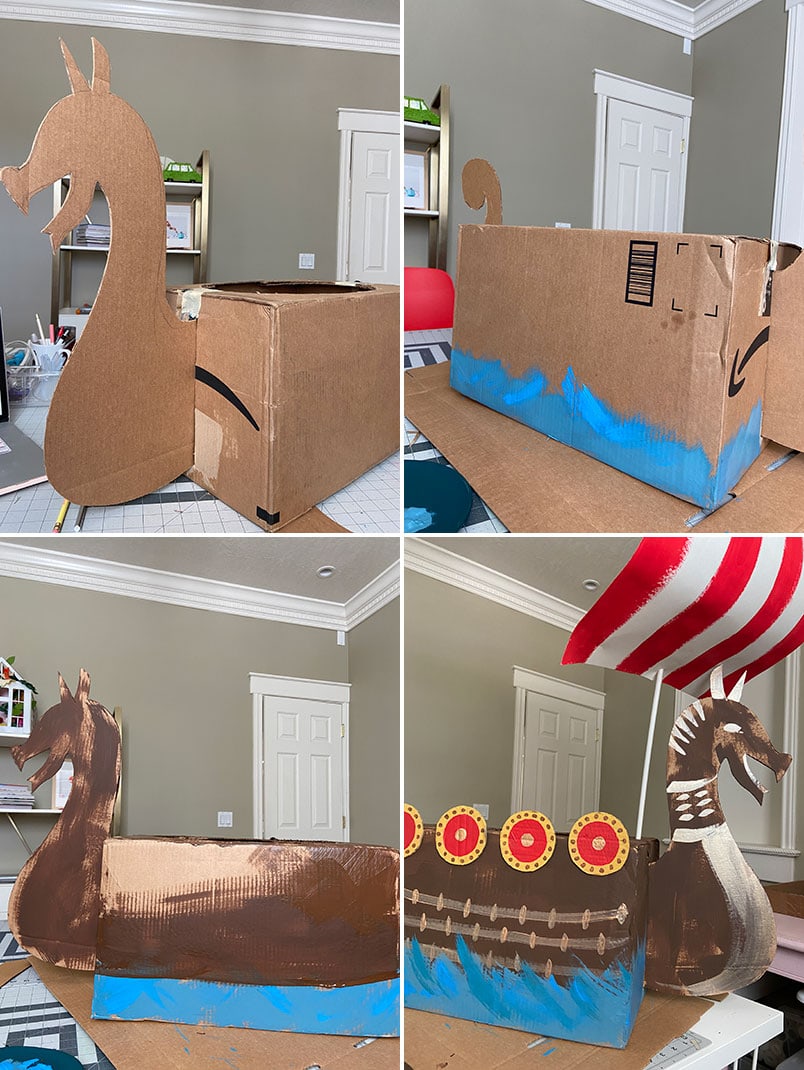 DIY Viking Helmet made from Cardboard

Jasper has been taking his viking hat EVERYWHERE we go–to the grocery store, returns…It’s hilarious. I’ve been wanting to make this Viking hat from Zygote Brown because it’s too darn cute! The one she has uses a different technique for the horns, which is AMAZING. I was spending SO much time on it that at midnight I had to say “serenity now” and figure out a faster technique so I did just a 2D version with the shape itself. 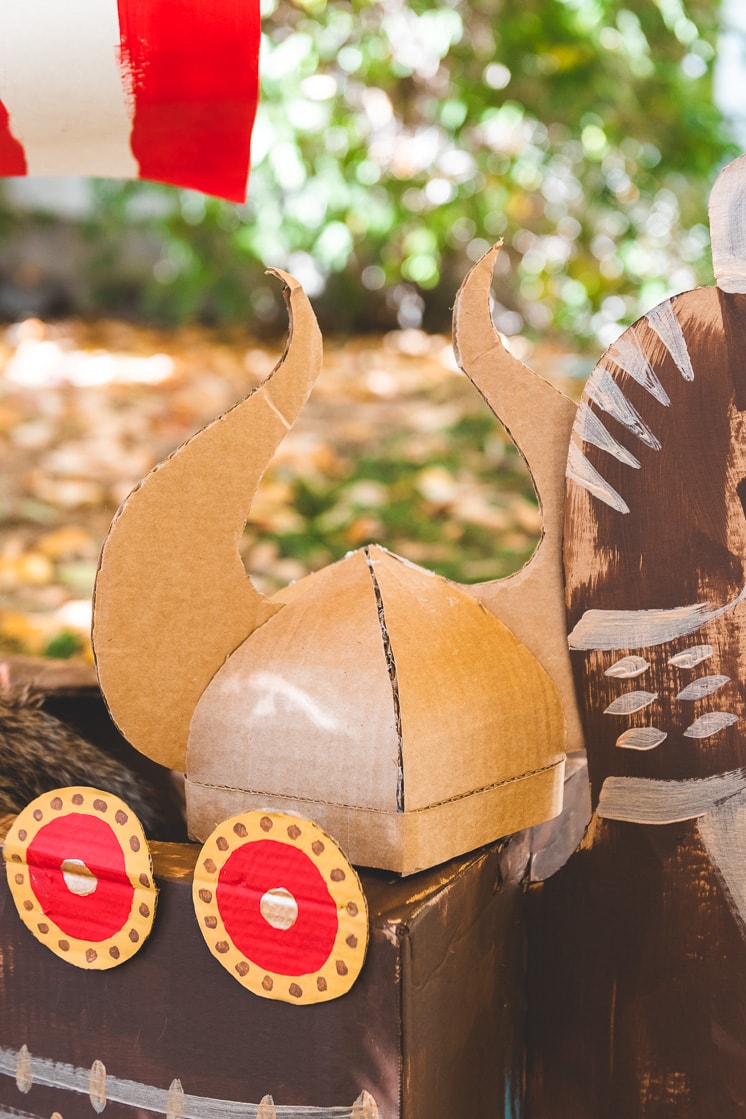 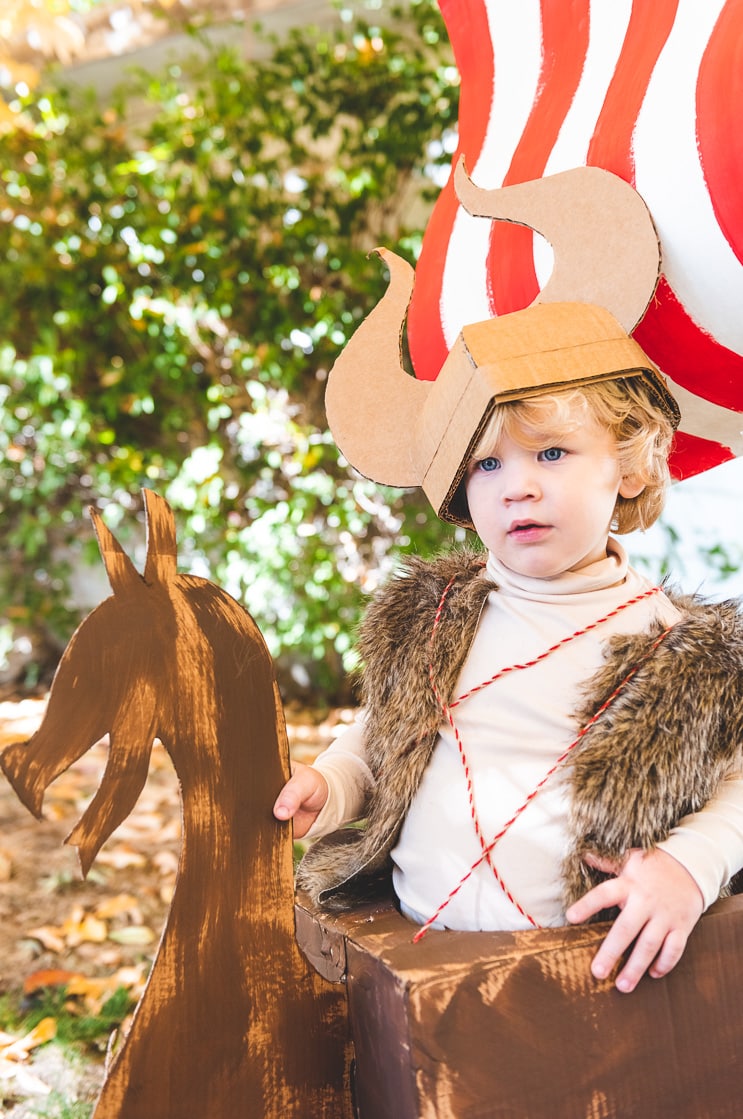 I did have to give his hair a little boost because it’s so long that the curls are getting weighed down. Curling iron to the rescue! 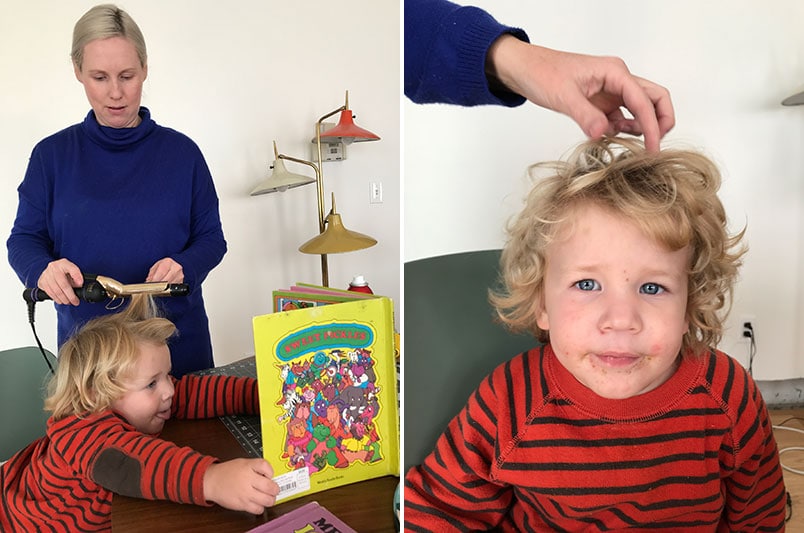 For the actual costume, our sewing intern made a few fun things: 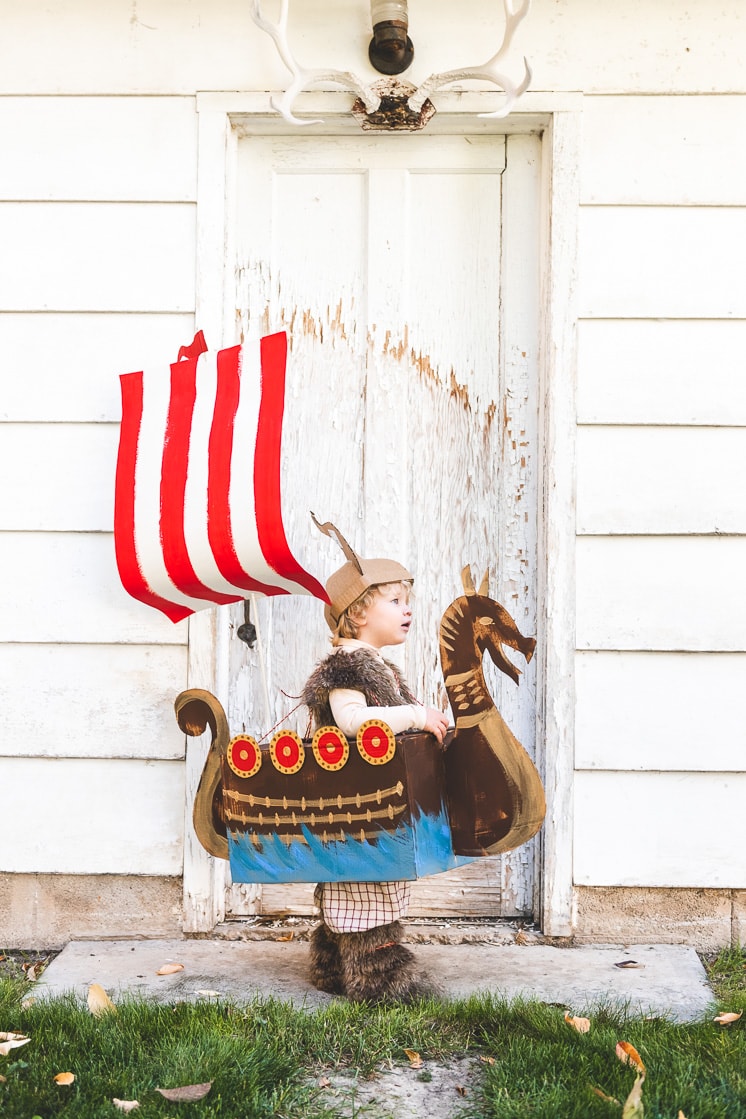 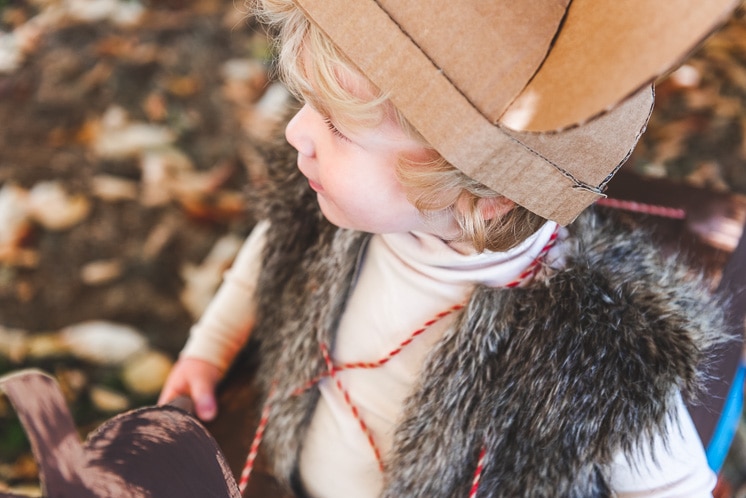 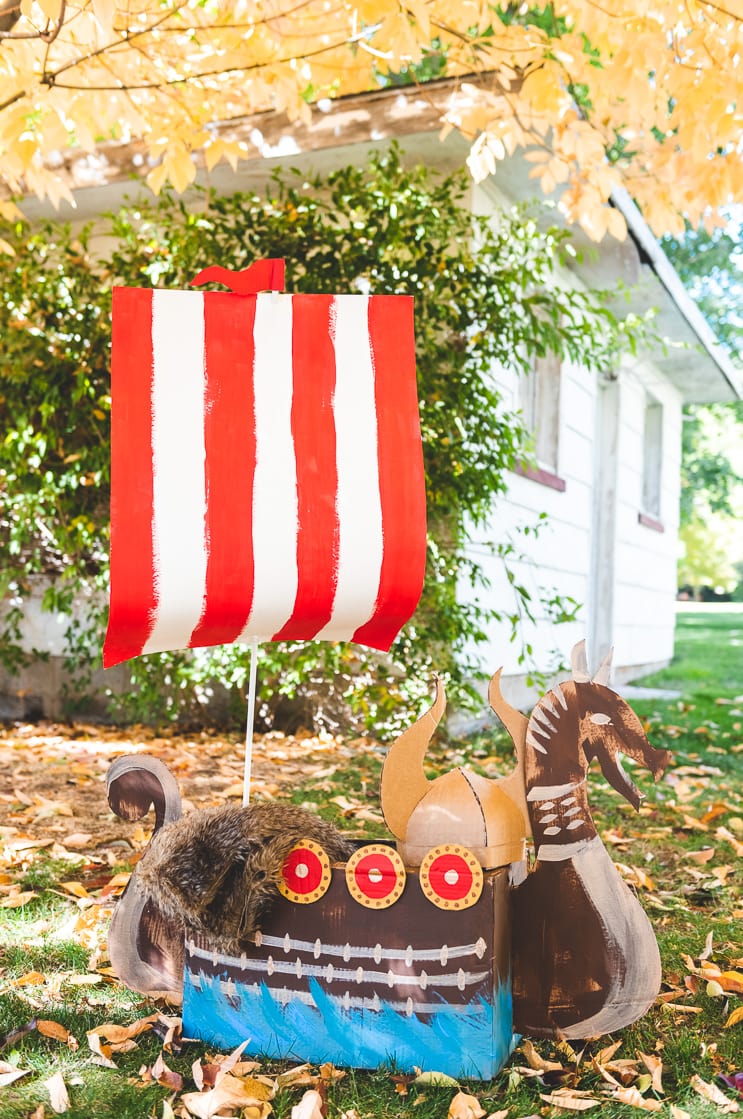 And that’s it! Love my little viking and yes, of course he’s taken on the persona and all the comes with it perfectly 😉

Can’t wait to see what you come up with! Show is your costumes with the tag #LarsInCostume

If you liked this post you’ll love these ones too!

Floral winter coats Floral everything has been in for awhile and it finally made its way to winter coats (not to mention quilted coats!). I'm...
Read more
holiday