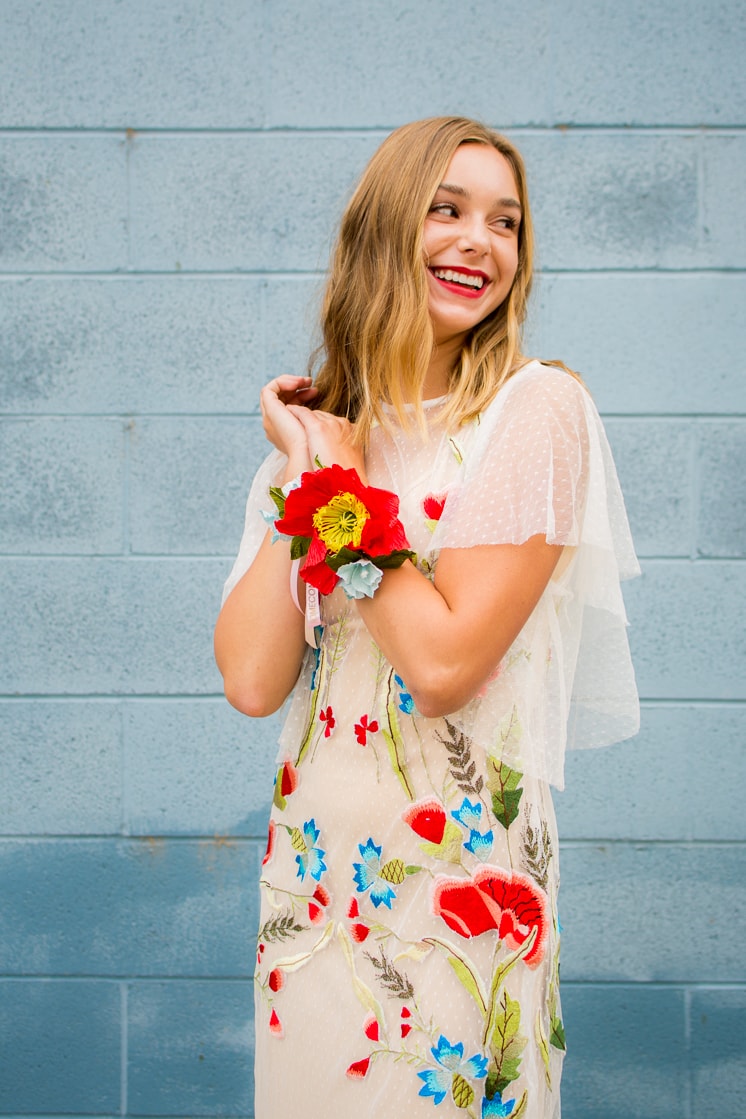 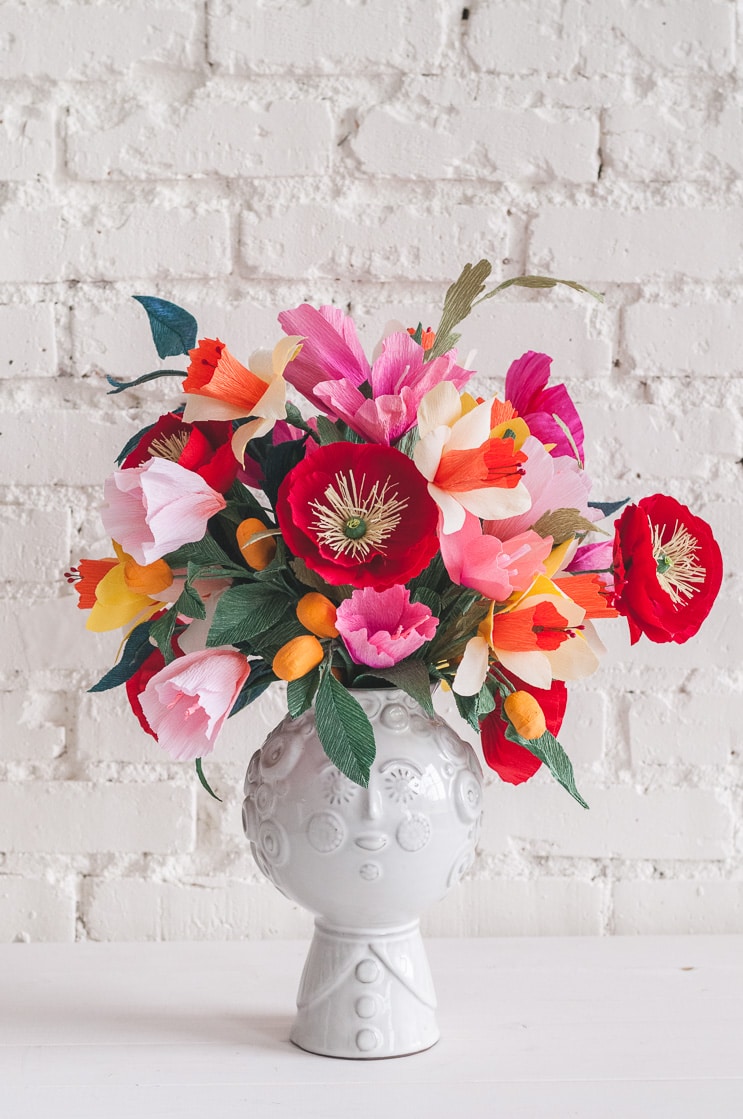 In years past I’ve made several poppy projects–after all, who could resist their bright color and floaty-looking shape! This year I wanted to highlight them for Memorial Day, which is coming up. Along with the projects listed here, I’ll be going live on Instagram to show you a poppy DIY on Monday, May 3rd at 3:30 Mountain Time!

As you can tell, Lars loves poppies! Find the full list of projects below.

Making a poppy project is a great way to prepare for or commemorate Memorial Day. Since the end of WWI, the red poppy has come to symbolize remembrance, hope, and peace. Its symbolism came about when the bright red flowers began blooming during the spring of 1915 through a battle-scarred land across northern France and Flanders (northern Belgium). A Canadian doctor named Lieutenant Colonel John McCrae saw these bright red poppies amidst battlefield’s chaos and bloodshed and was so moved that he wrote his now famous poem, “In Flanders Fields.” 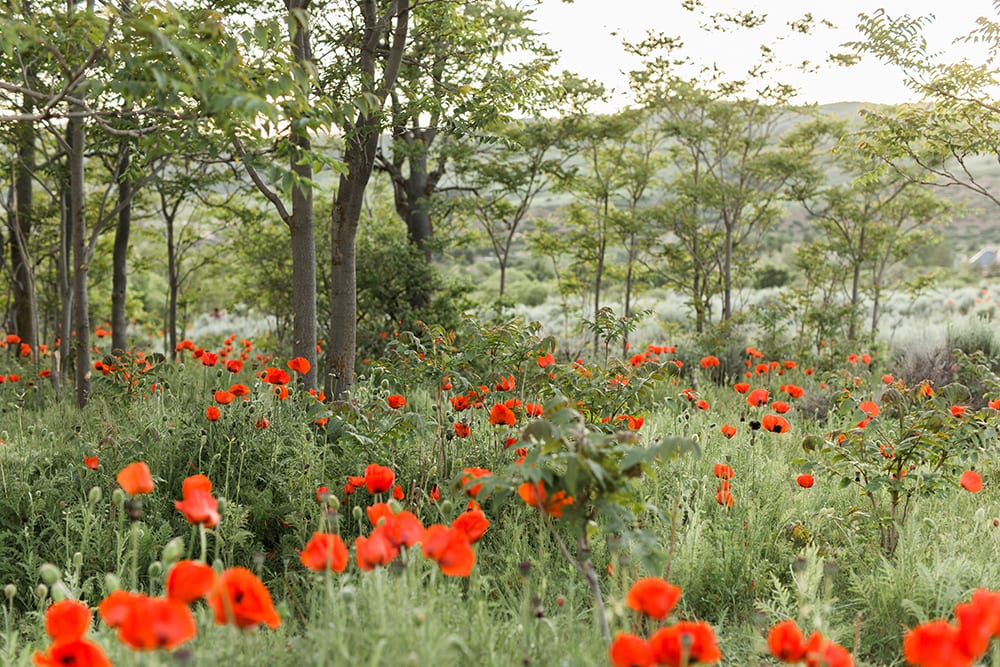 Nearly a century after WWI ended, millions of people across the United Kingdom, Canada, France, Belgium, Australia, and New Zealand wear the red poppy every November 11, known as Remembrance Day or Armistice Day, to commemorate the anniversary of the 1918 armistice. In the U.S., the tradition is slightly different because we celebrate Veterans Day on November 11th to honor all living veterans and Memorial Day on the last Monday of May to commemorate all those who died fighting for their country. To use the poppy emblem for your own remembrance, refer to our comprehensive poppy project list below for this year’s Memorial Day.

Last year we made a paper poppy pin to wear for Memorial Day. Make them once and carefully store them to wear every year! They are so simple to make and easy to store. 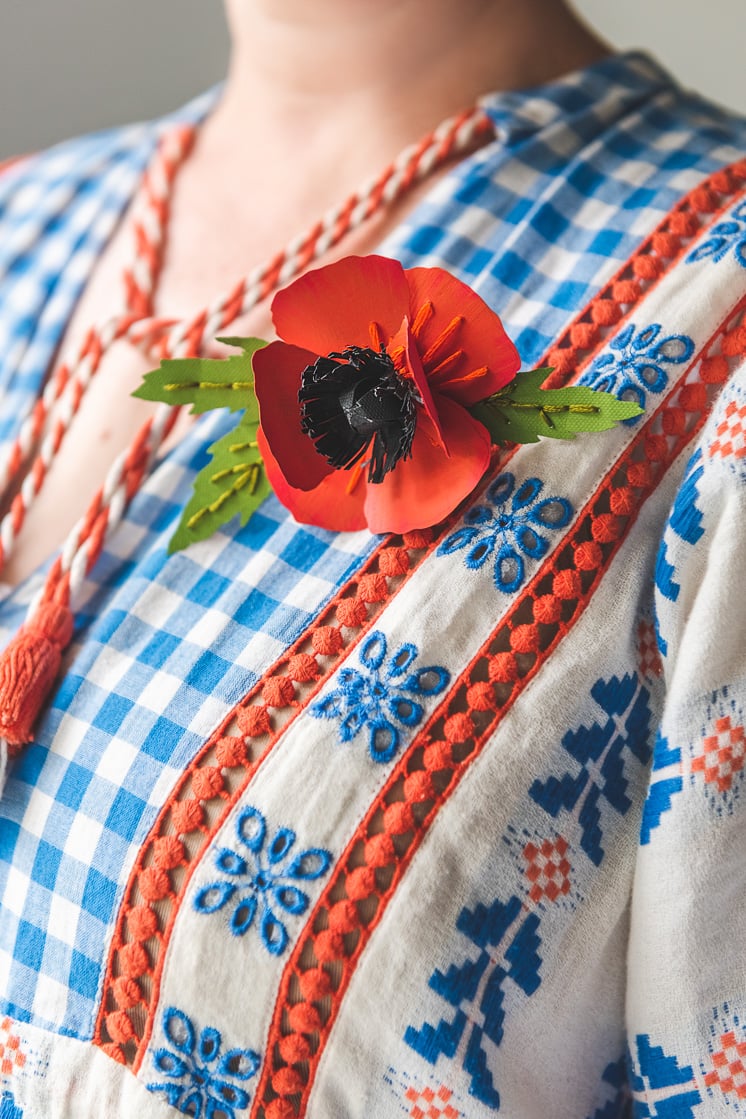 If you would like to omit the sewing part, make our paper flower corsage. This project could be worn on the wrist or pinned to your top. 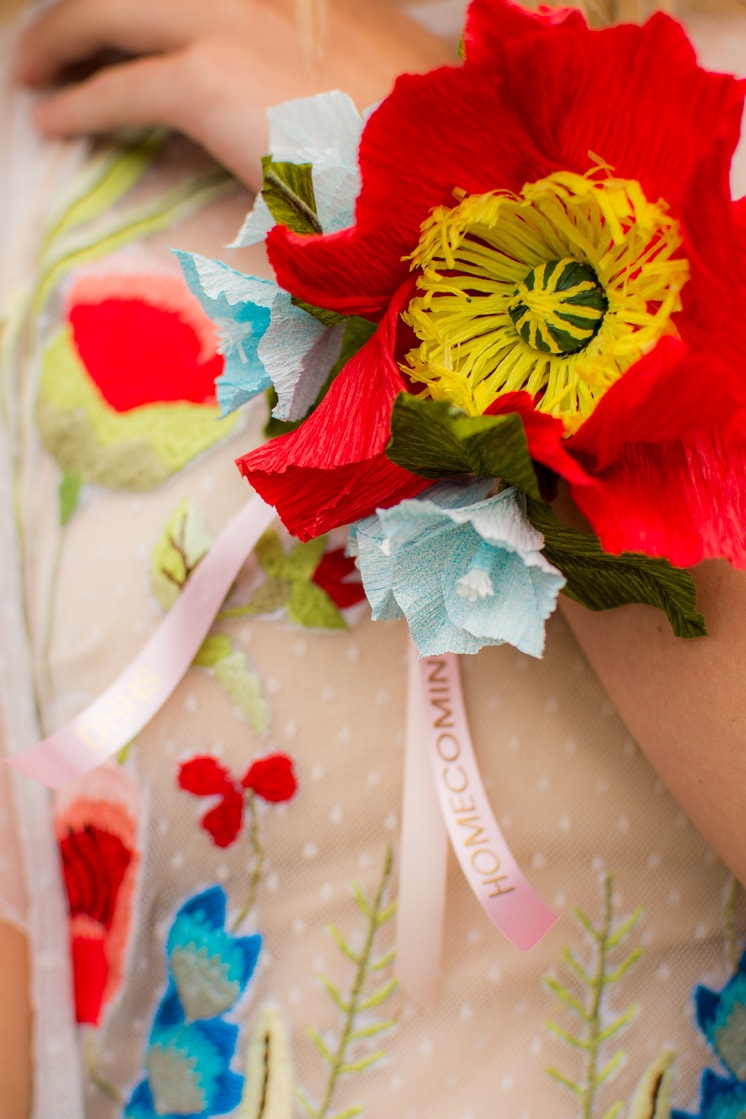 Make any Memorial Day gathering extra special by creating a giant poppy backdrop! The bright red flowers may be as striking as the ones Lieutenant Colonel John McCrae spotted in the battlefield. 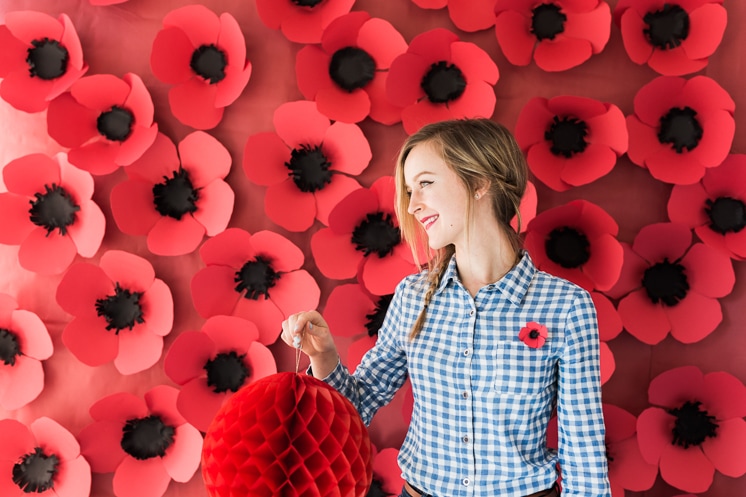 If you’re looking for a subtler poppy project, bake a special cake and make red poppies as cake toppers. 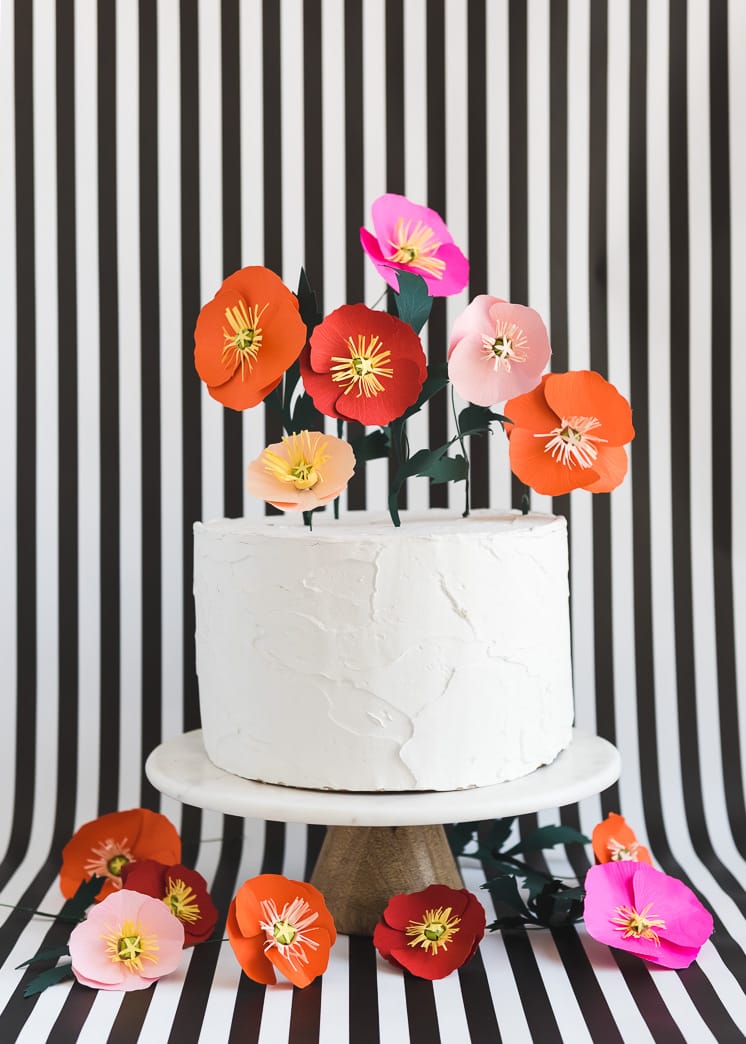 To decorate your home with the poppies, make them into a flower garland or bouquet. 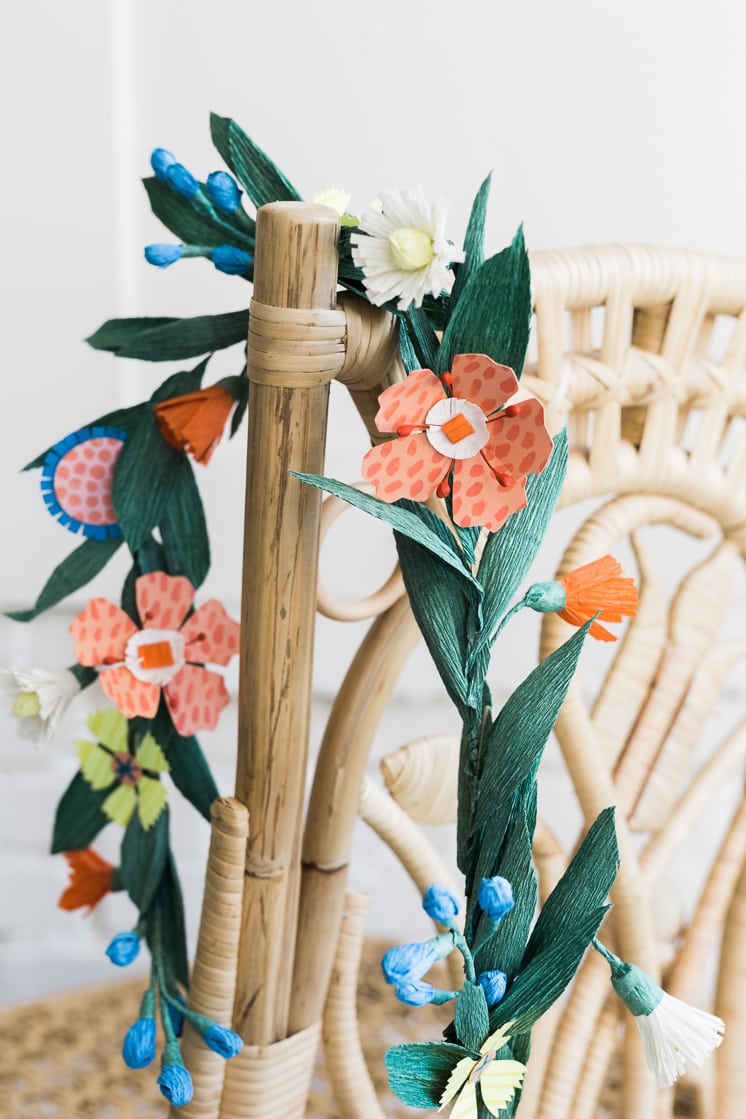 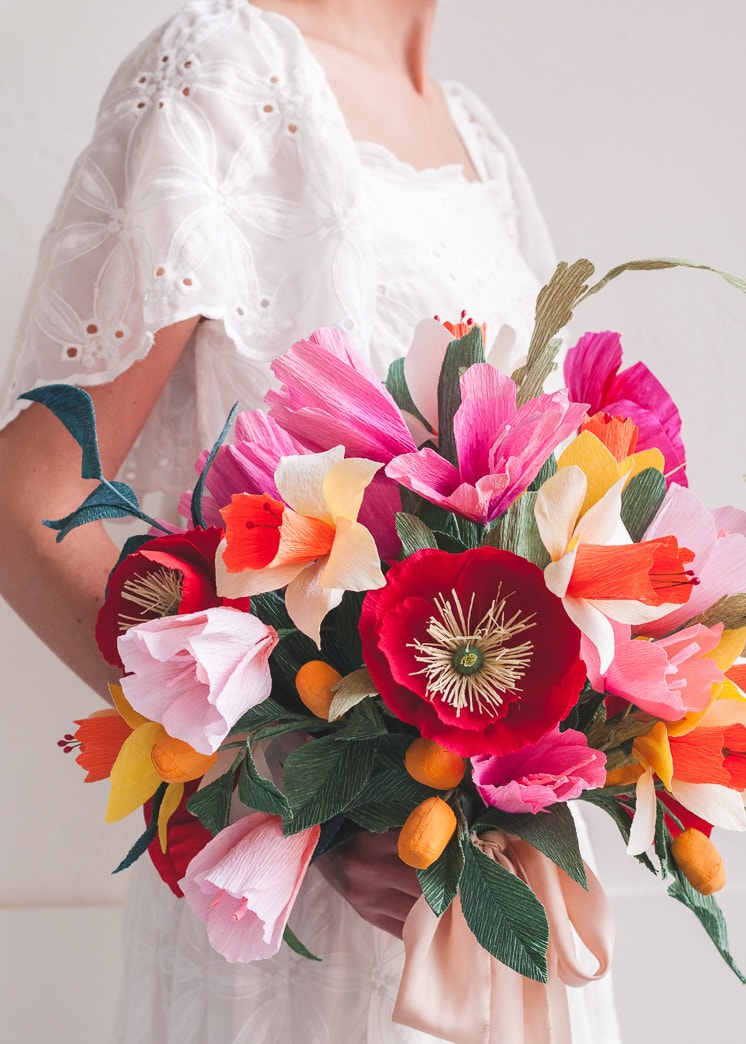 Our Flowers Coloring Book, which is for sale on Amazon, has beautiful poppy illustrations (along with other flowers) which you and your family can color in. Everyone loves coloring! 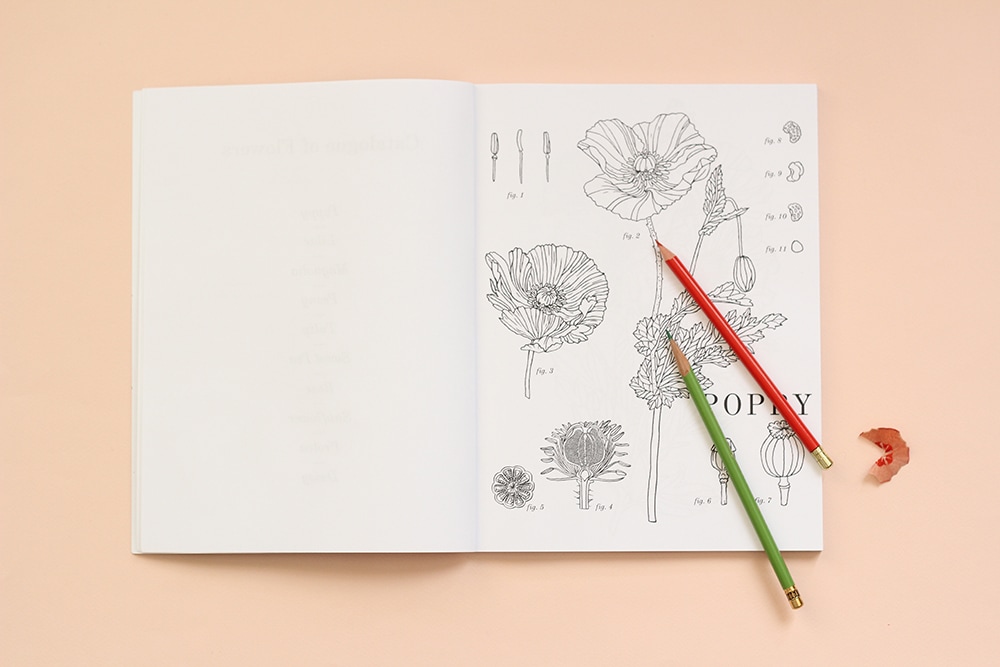 Lastly, you can teach yourself or your kids how to draw poppies. Once drawn and colored, cut them out to wear them as you would a pin or frame them in your home.

If you make any of these poppy projects we would love to see them! Tag us with #LarsMakes. Happy crafting!