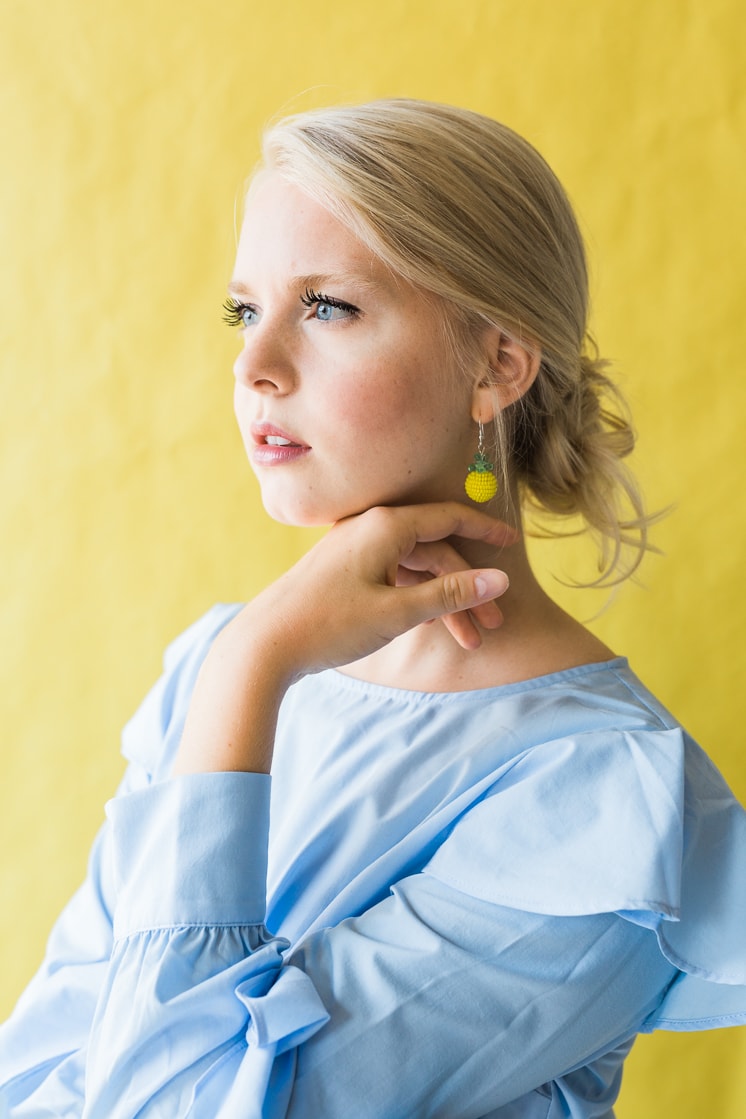 Happy new year everyone! I’ll be sharing a year in review later this week, but I wanted to start with some news that still breaks my heart even though I’ve had a bit of time to come to terms. After almost 3 years, our dear designer, content editor, and confidant, Rebecca Hansen, left just right before the holidays. It’s still so tough to address and speak of because I cry nearly every time I think of it. In fact, it got so bad I couldn’t even say good-bye–I just said “see ya later,” which is how I normally like to leave things because good-byes are THE WORST and I never really think they’re final. In this case, she still lives close by so I may just show up on her doorstep every now again. Surprise!

Becca came on as an intern in the summer of 2016 right after graduating from BYU. She had lived in Sweden for some time so we shared a common interest in all things Scandinavian. She studied fashion so she had a firm grasp of sewing and turns out, our styles meshed beautifully. By the end I trusted her to make choices that I would have made and enhance Lars. I felt like the luckiest person in the world, especially at a time when I became a mother and just wasn’t doing my job as well. I traveled way more in the last year, even with a baby, then I ever had before, and she handled it so beautifully. She was exactly what I needed and thanked my lucky stars for.

She’s going out on a new adventure with another (lucky!) company. I’m forever grateful for what she contributed to Lars. In a lot of ways she was like me–only much more organized, more disciplined, and with beautiful model hands. HA! But really, if she ever wanted to stop creating, she could make a killer living as a hand model. If you look inside Craft the Rainbow, her graceful appendages are all over the place! Besides her hands, her work is skilled and her taste is top notch.

Before she left, I asked her if she would compile a list of her favorite projects that she worked on. These are the best of the best! Without further ado.

Becca here. After nearly 3 years at The House That Lars Built, I’ve decided it’s time for a new adventure. I’ll be hanging up my craft apron and saying my farewells to the Lars team in a few days and it’s certainly a bittersweet feeling and has me all nostalgic! I took a look back at some of my favorite projects I created over the years and wanted to share them with you! Trust me when I say it was VERY difficult to narrow it down. The selection ranges from the very first project I made–the fabric watches, to one of the very last–the applique tree skirt. I have learned SO much from Brittany and the gang and still consider myself one of the original fangirls of Lars!

We will miss you dearly, Becca!
If you’re reading between the lines, YES, this means we are hiring a new content editor/maker. See more for details!

0
Each name on this list is a person that excites my creativity, and by intentionally including black voices into your library, you support the...
Read more

We must speak up and support

3
All of these movies we love have been linked for you to rent to watch on Amazon! If you scroll down you will also...
Read more
31 Day Drawing Challenge

0
When and how did you know that ceramics was your jam? Like many art students, I took a ceramics class in high school, and I...
Read more